All The News: Larry and His Flask, Mischief Brew, Franz Nicolay, Jahbreaker & More!

We’ve been so busy making stuff that this website hasn’t gotten updated in two months. Sorry! Check our FaceBook if you don’t mind wading through the extra bullshit, or read on, cause OK HERE’S WHATS UP! 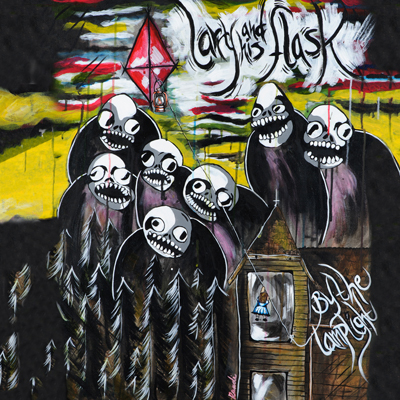 Larry And His Flask has an amazing brand new album called By The Lamplight. 5 part punk rock bluegrass harmonies total chaos anarchy heartfelt party-time jams. Listen here, buy it here, and they’re on tour all over the USA with Murder By Death, Reverend Horton Heat and a bunch of headlining dates listed here.

We’ve also got a new collaborative split EP with Mischief Brew and Franz Nicolay! All heroes of ours forever, this was originally going to be an “Under The Influence” record but that took so long so we took it over. The songs are so exciting we made a music video on our own without the bands even helping us and almost got arrested putting the cocktail in Molotov Cocktail, here watch it! Franz Nicolay has some USA dates coming up with Laura Jane Grace (Against Me!) then a Europe tour, and Mischief Brew is touring the North East. 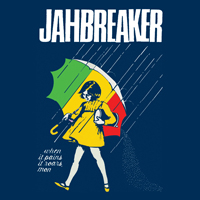 We’ve never been so excited about getting so much of the internet so angry, but holyshit, this one came out surprisingly good. We’re not sorry. Jahbreaker. Bad joke, our fault, but its rad! Listen here, we made 500 on Jamaican Yellow Banana vinyl. We went all-out too, it’s got full color covers, lyrics and a download code. When not reimagining Jawbreaker songs, Great Apes are one of our very favorite local bands, and have a new album called Thread coming out soon on Asian Man! 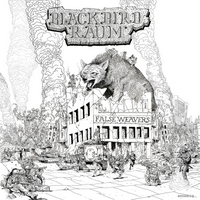 Blackbird Raum is touring all over Europe, and we really mean ALL OVER EUROPE, it’s a three month long tour that goes to every country. Check out the dates here, Zack’s epic Instagram here, and the recent (NSFW) videos we made: Rat In Thy Dream and Disfigured Isolation, and we’re putting the finishing touches on one more for False Weavers. Their new album continues to rip, listen here if you haven’t yet! 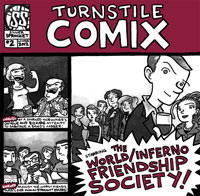 The World/Inferno Friendship Society is laying low, but will get epic on Halloween for Hallowmas at The Warsaw in NYC, and we will hopefully have a video ready soon from their latest Turnstile Comix #2 (which you MUST check out if you haven’t yet, 40 pages of insane WIFS tour-stories from Mitch Clem and Nation Of Amanda!)

Speaking of Mitch Clem, As You Were #1 may just be the best received project we’ve been a part of. Of course, since its awesome, duh! MaximumRockNRoll even liked it! 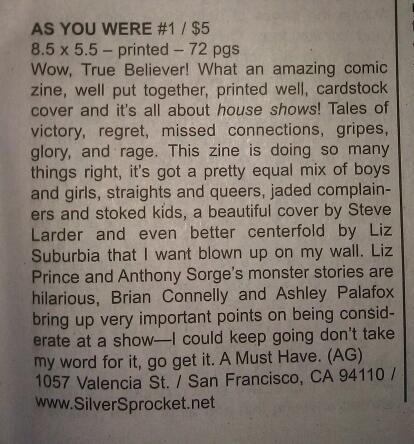 If you don’t have it yet, its here for $5, and come back in a couple months for #2 which promises to be our thickest book yet. 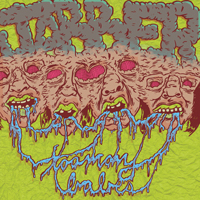 It may only be July but I’m calling it — best EP of the year is Jabber‘s Too Many Babes just released by our friends at Bloated Cat Records. Jabber is playing The Fest and Awesome Fest and all of our good dreams, they’re the best new band right now, listen to Jabber and check out their upcoming split EP with Mixtapes on Asian Man Records early next year. While you’re at it, check out our other best buds Rational Anthem, on a massive USA tour right now and with a way kick-ass new full-length called Whatevermind that lodged itself in my brain just as hard as any Dear Landlord or Banner Pilot ever has. I’m seeing Jabber play with Rational Anthem tonight in Oakland, fuckyea!

Ok quick bits: The New Trust has a wonderful new album and is touring all over the USA. Lemuria has an incredible new album and is recording soon for Mitch Clem’s Turnstile Comix #2. Ben from Andrew Jackson Jihad made a baby. Adam from GNARBOOTS just made ANOTHER baby. Cleveland Bound Death Sentence has a new re-issue LP thing on No Idea. Shinobu just toured with The Wild and has some more Asian Man stuff happening. The Wild has this one song that is the fucking most cute song ever that I want to go back in time and put on every mixtape for every crush I’ve ever had. Did I mention how much Mike and Bob at Asian Man are simply killing it right now? Asian Man has been mentioned 19 times so far in this newsletter, crap.

We got a new BandCamp account that will eventually have all our records up for streaming, so far we are starting with the new ones and the out of print. Any requests? We also have this YouTube channel to fuck around with.

We will be ruining the San Diego ComicCon again this year for I think the 12th year straight? Find us at Small Press table Q-12 sharing with our crushes Mix Tape Comics. Last year we somehow got Adult Swim to let us on their boat and then this happened: 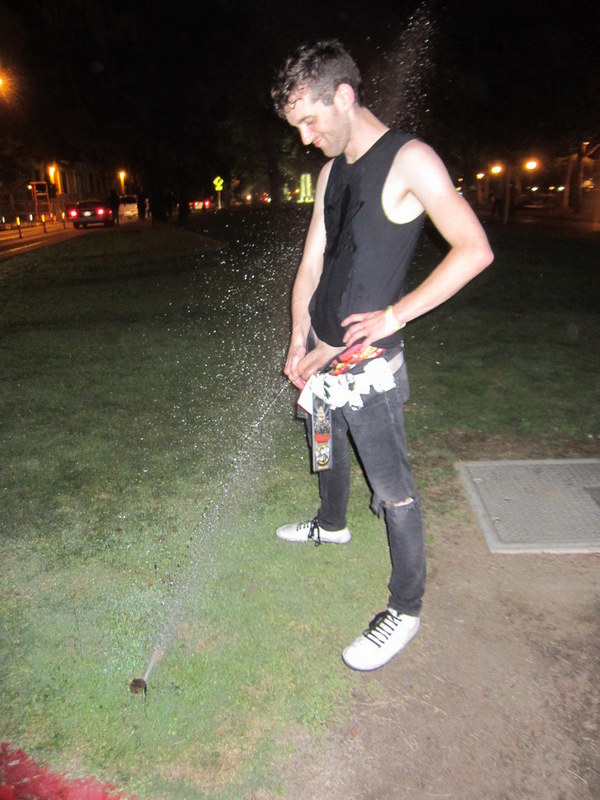 We will be there being crust punk versions of Adventure Time and Venture Bro’s characters and also being generally obnoxious, you won’t be able to miss us even if you want to. Updates might get posted to our Tumblr (if we can get our shit together) in between the Space Jam posts that Ion has cued.

Next month we are picking up more steam with some punk rocker art stuff that we’ve been super excited about and wanting to go full-blast on for over a year now. First up will be screen-printed posters and art-prints from our heroes Aaron Cometbus, Cannon Dill and Liz Suburbia, which will be available from our tables at the upcoming San Francisco Zine Fest, Portland Zine Symposium, The Fest in Gainesville, and a whole bunch of other bullshit that I can’t remember right now. Details in a couple weeks after we recover from ComicCon though. Work is hard. But fun. THANKS FOR READING THIS FAR AND FOR ALL OF YOUR SUPPORT!!!!