Escape Velocity is the speed needed to break free from the gravitational attraction of a massive body, such as the Earth. THE PHENOMENAUTS felt it was a fitting title for an album that encourages people to break free of their own limitations, taking off on a boundless journey fueled by their unstoppable rhythms, inventive melodies and nimble lyrics.

Songs were inspired by the arcane rhythms of intergalactic space and a wide variety of Earth music. “Theme For Oakland” is an anthem in honor of Earth’s Capital, Oakland, California, driven by a big, glittering British backbeat and a simple exuberant chorus of “Hey Hey Heys.” There’s a taste of do-wop in “1 in 7 Billion Girl.” Clashing acoustic and electric guitars, growling bass, and the funky, skewed rhythms of Major Jimmy Boom’s drums will make your hips shake and your head talk. Angel Nova and special guest, Kepi Ghoulie (GROOVIE GHOULIES), trade vocals on “When Greed Nearly Destroyed The World,” a sci-fi narrative that presents a vision of utopia, and what it cost to get there, in little more than three minutes. Chugging guitars, staccato power chords, electronic drum flourishes, new wavey synthesizers and a soaring chorus present a hopeful scenario that looks compassionately back on our tortured past.

String metal band JUDGMENT DAY, featuring Anton Patzner’s violin and the sonorous tones of Lewis Patzner’s cello, adds a classic flourish to “Just One Earth.” AR7 plays a stately R&B piano as the song builds to a glamorous prog-rock climax, full of soaring sustained notes delivered by Angel Nova’s guitar. It’s a love song to the Earth that invites us to look out and marvel at the universe surrounding us: “Four billion years old as measured from / Uranium 238 gamma radiation / Evolving from cells / and divergent mutation / To intelligent life / Who dreams of the stars / Finding a tear in space / A wormhole in the dark / A chance to explore / What lies beyond our sight.” 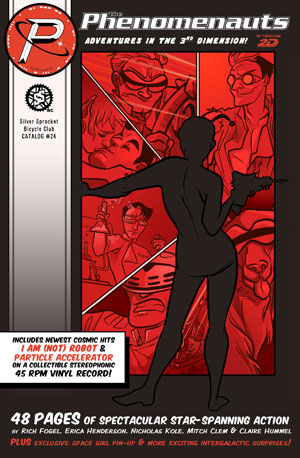