My Thoughts on President-Elect Barack Obama

Posted on November 5, 2008 by VinceSanity

On behalf of the entire Silver Sprocket Bicycle Club, I declare:

I don’t know about you, but I almost cried during his acceptance speech. It was beautiful. I’m not sure what to say that hasn’t already been said, except FUCK YES! 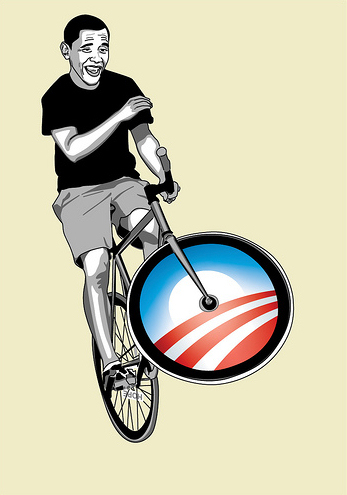 Although the struggle for Justice, Equality, and Peace is far from finished (As I type this, Proposition 8 is passing with Yes- 52%, No- 48%, with 69% of precincts reporting), success was achieved. Sleep sweetly America, we did great.

One Response to My Thoughts on President-Elect Barack Obama