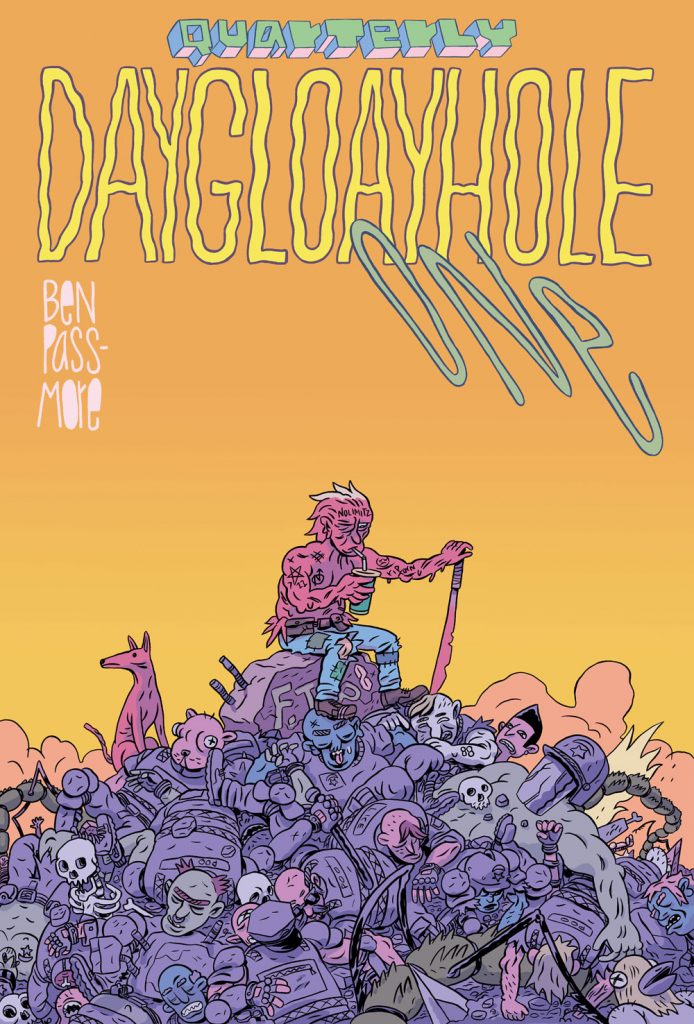 This is the best the end of the world gets. 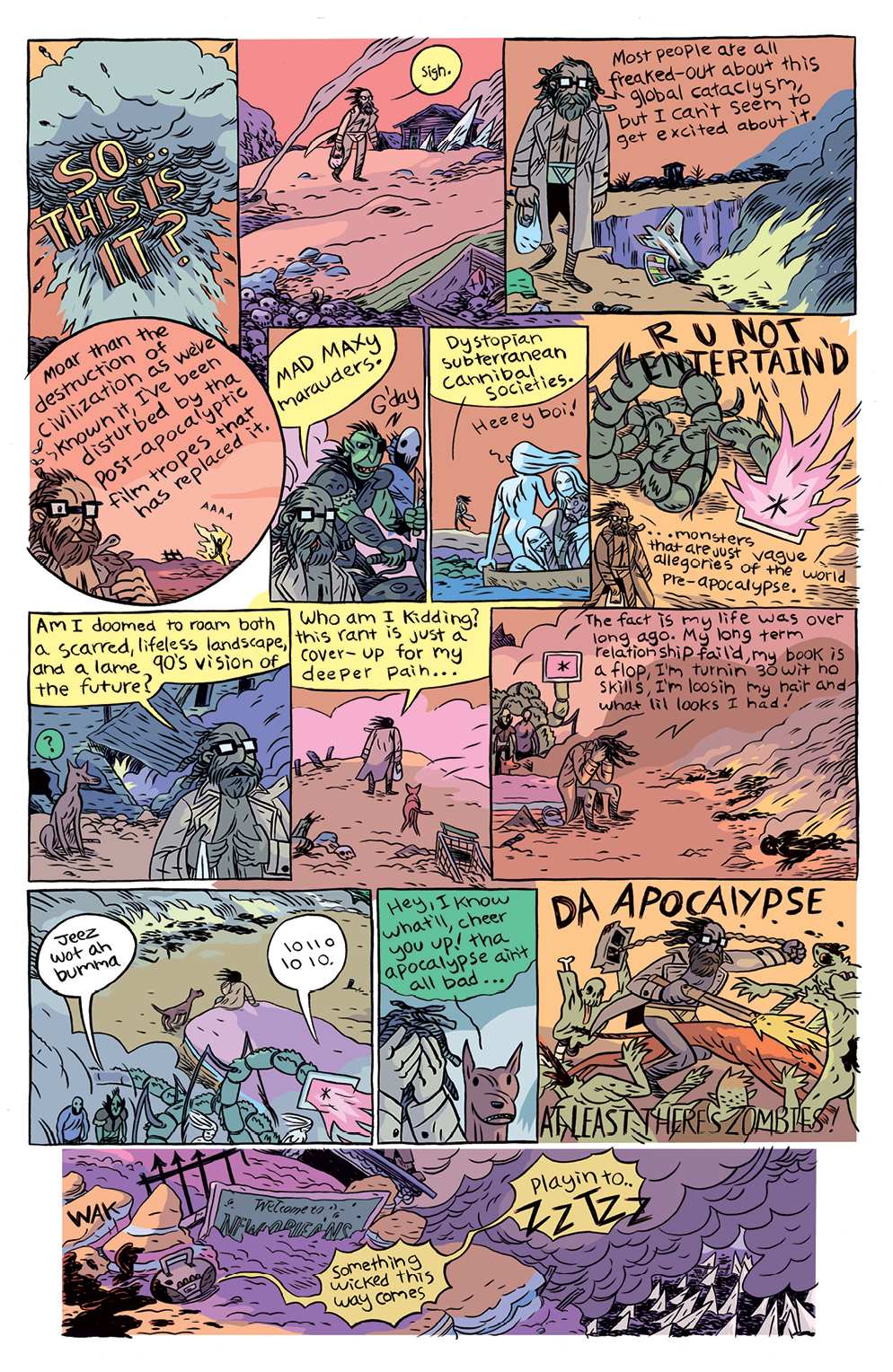 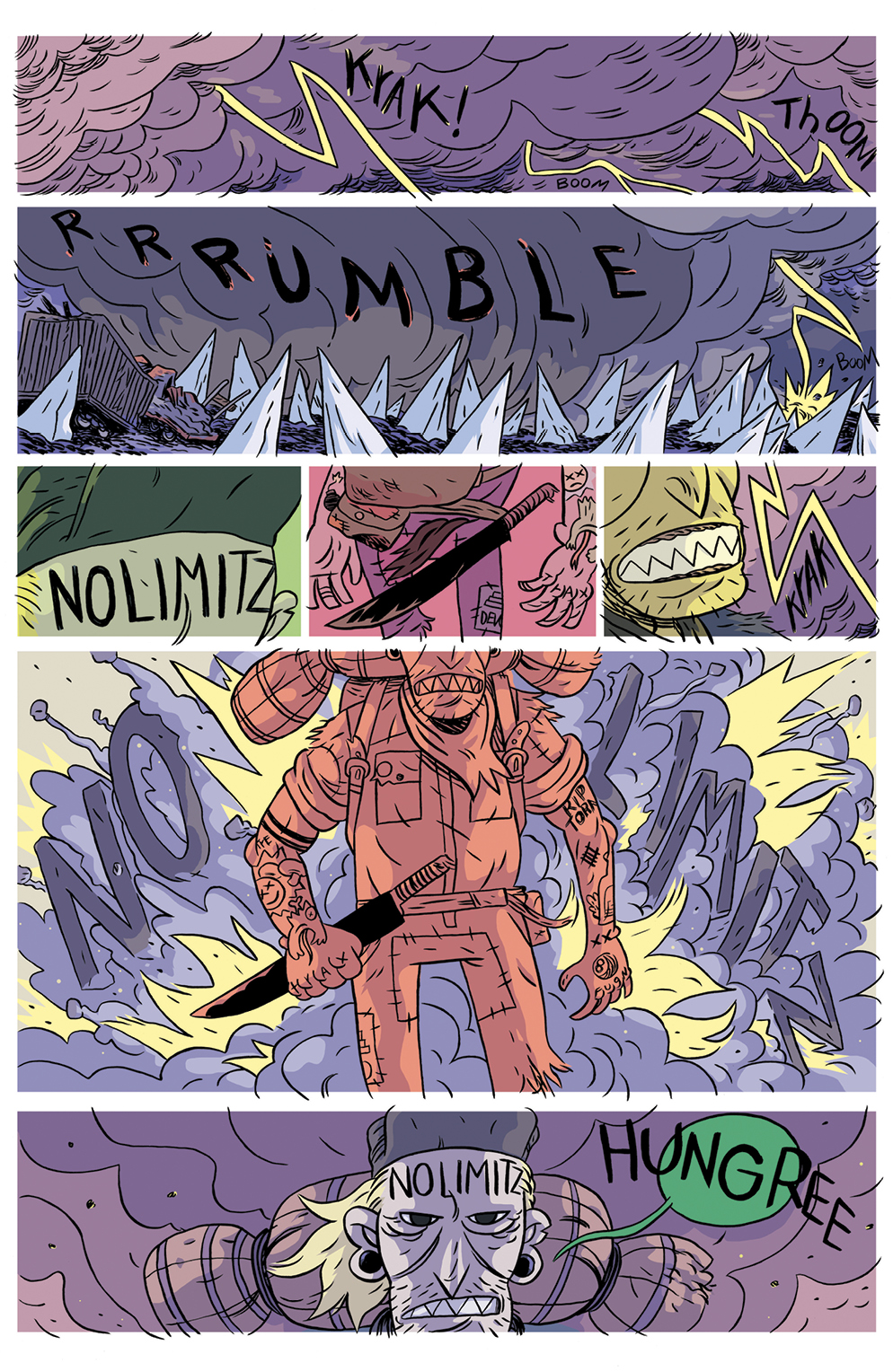 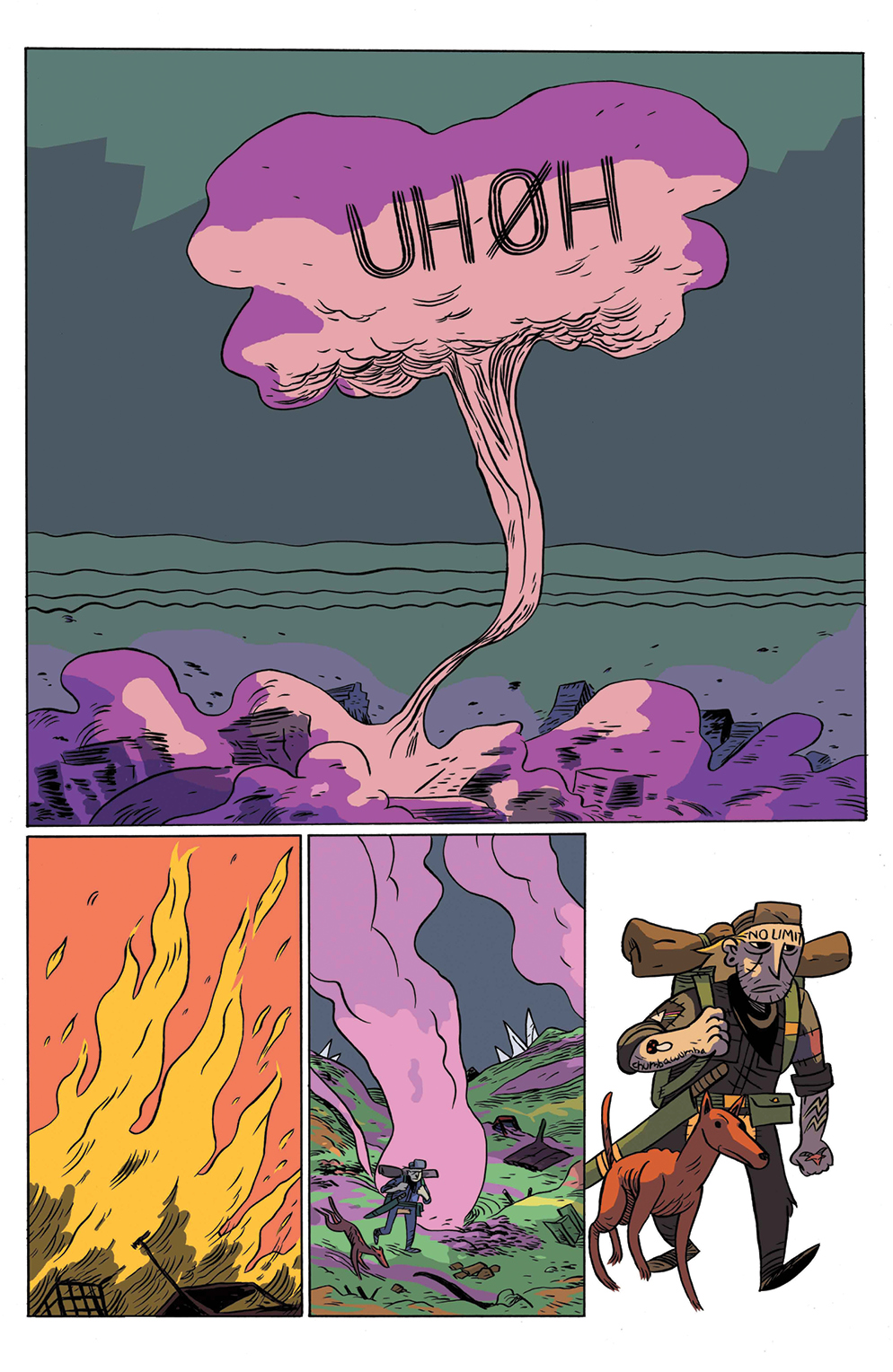 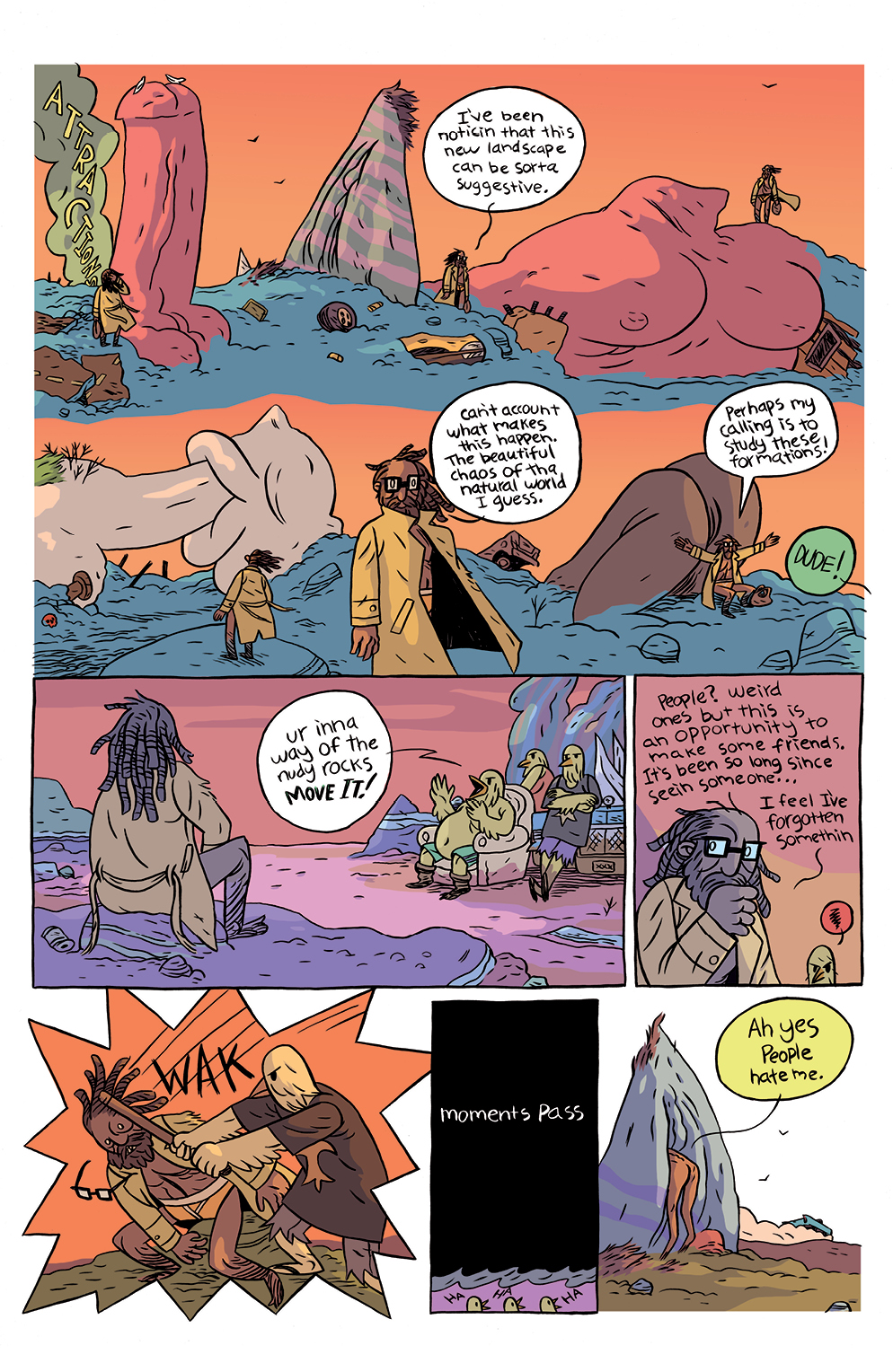 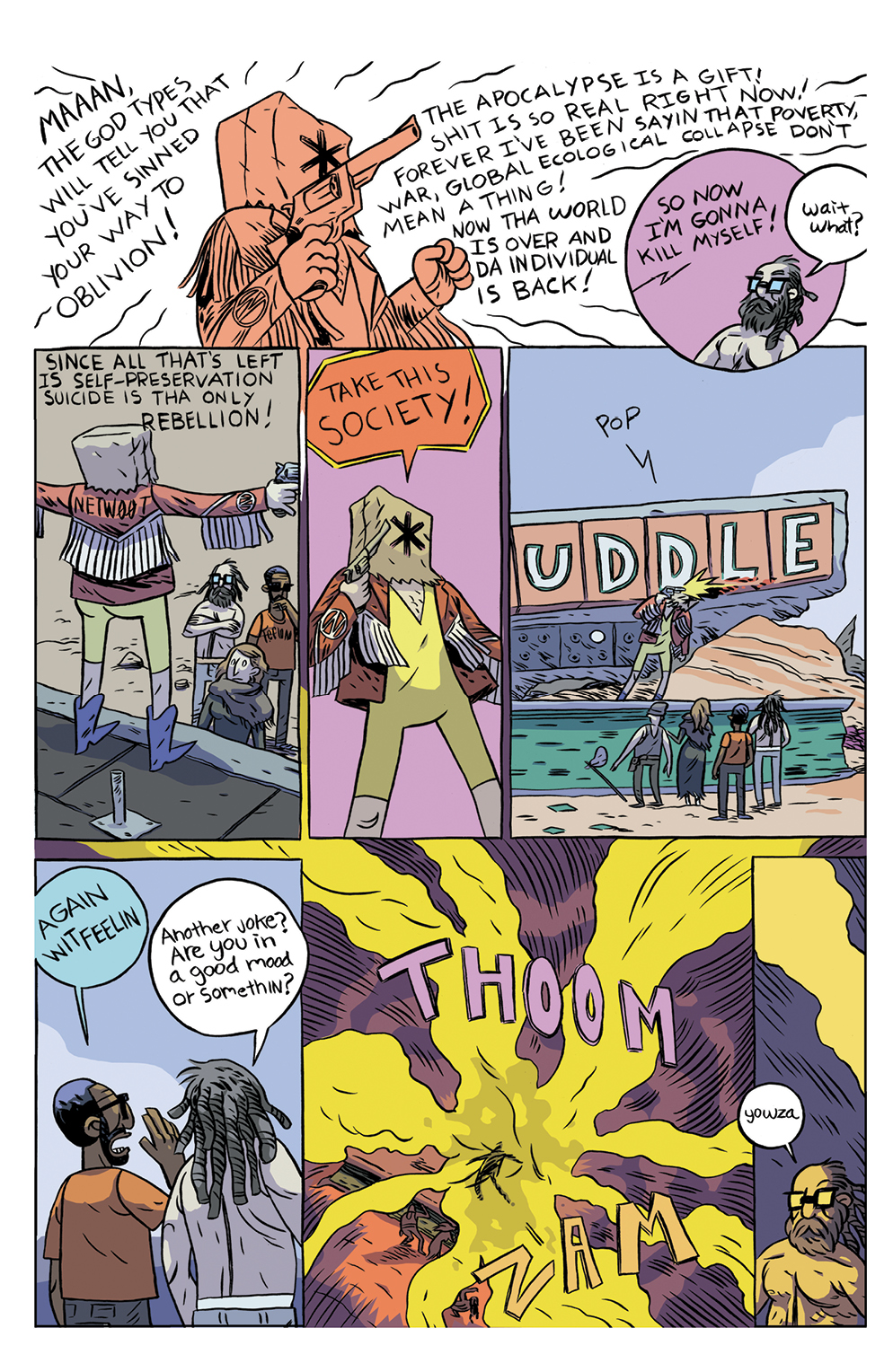 “…a thoroughly-realized, and thoroughly-immersive, comic that ranks among both the most enjoyable, as well as the most thought-provoking, of the year to this point. Never take a pass on Passmore.”

“Passmore tackles racism, misogyny, police brutality, the hand of God and the desolation of New Orleans after the storm in a story that is nonetheless hilarious and visually thrilling.”

“In case you didn’t realise, I really, really like Ben Passmore. His work is a breath of fresh air in a stale and tired landscape, and I cannot freaking wait to read his first serialized comic Daygloayhole. Passmore’s vision of a post-apocalyptic world is unlike any other and looks like it’ll be chock full of gore, punk AF shit, political commentary, and radical humor, and I am so excited for it.”

“There was also an indie comic that sold pretty well this week–Daygloahole #1 from Silver Sprocket, Ben Passmore’s punk, flourescent take on the apocalypse. If it had sold one more copy, it would’ve made our top 10!”