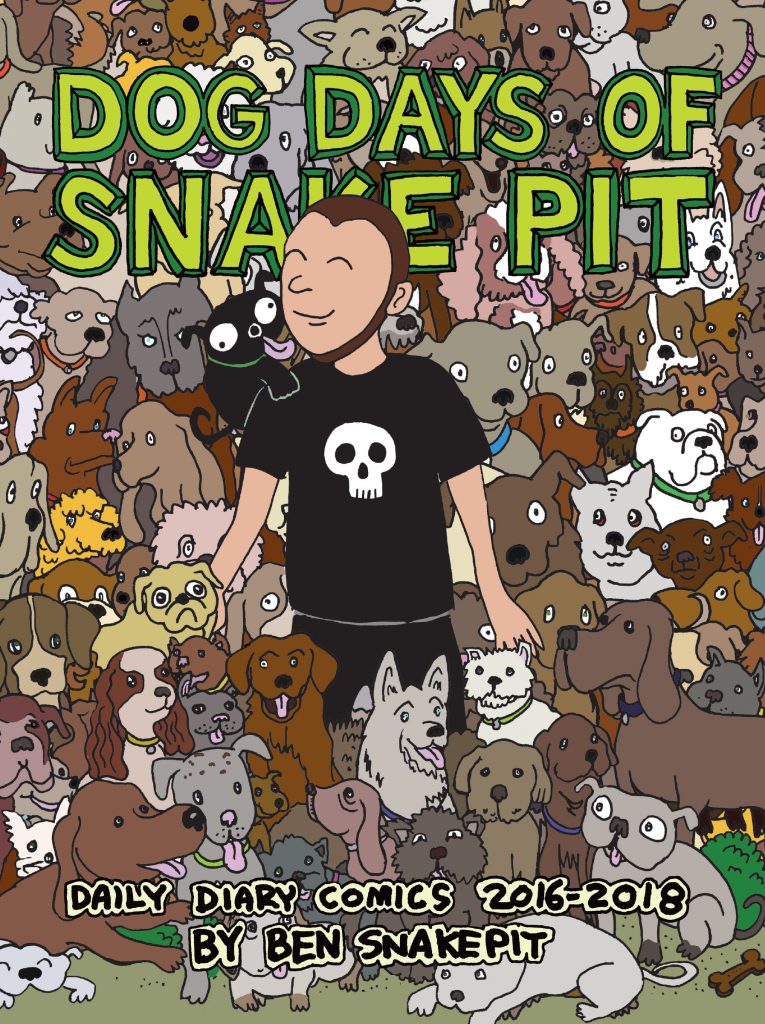 Ben Snakepit has drawn a three-panel comic strip about his day, every single day, since 2001.

This new book compiles the three years of comics from 2016-2018, seeing Ben through the loss of his beloved Peeber and getting to know Frankie, in the low-fi style that he’s known for. 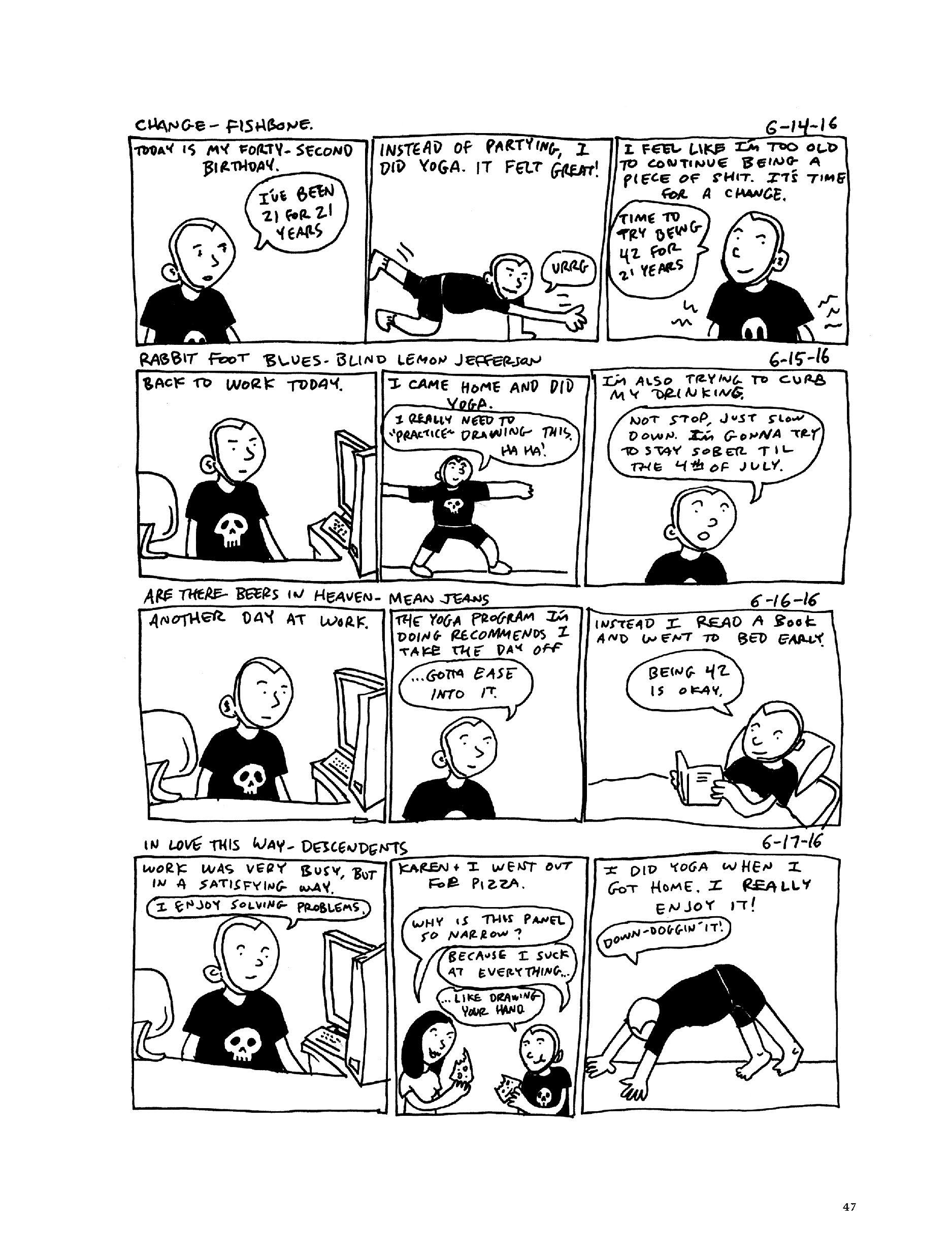 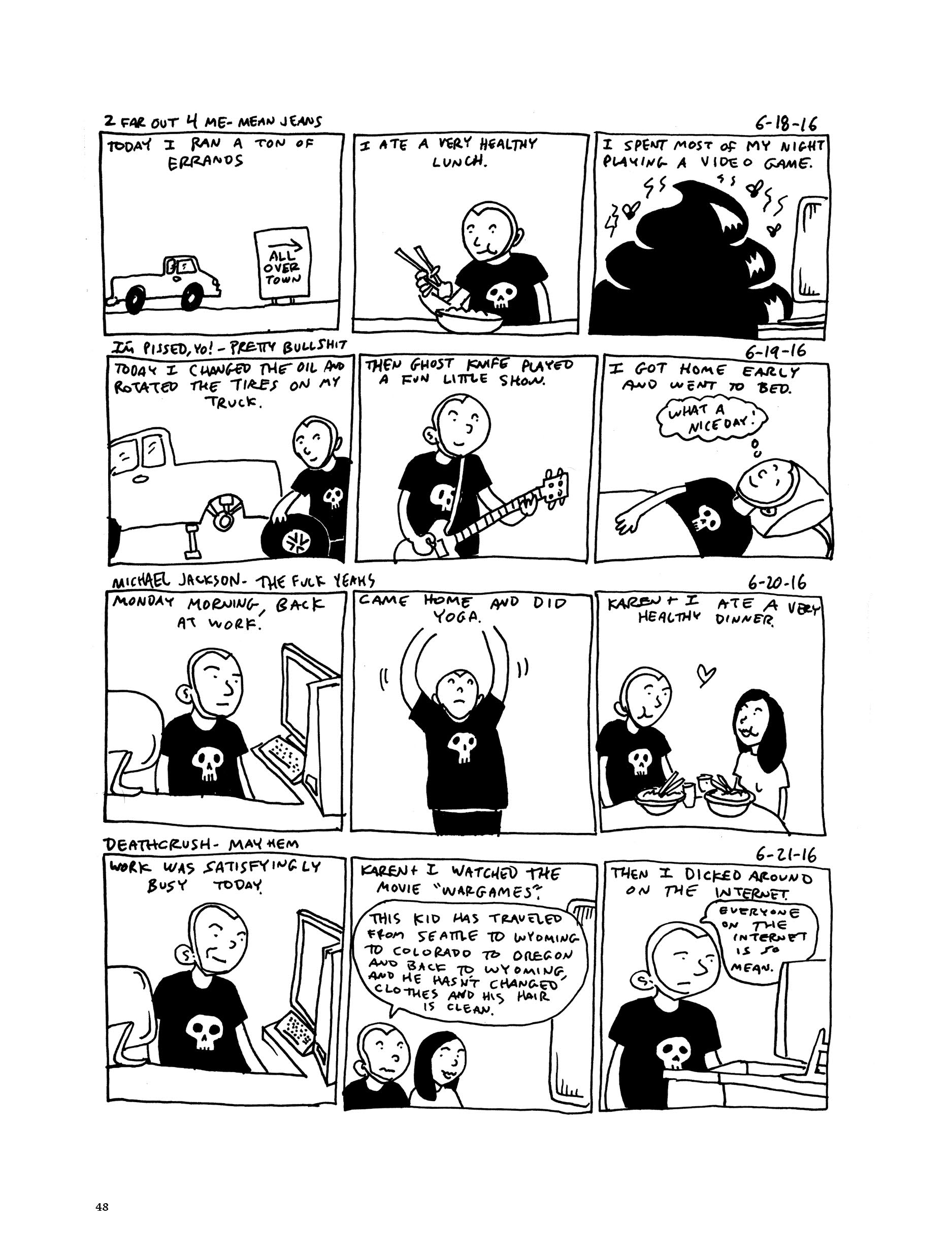 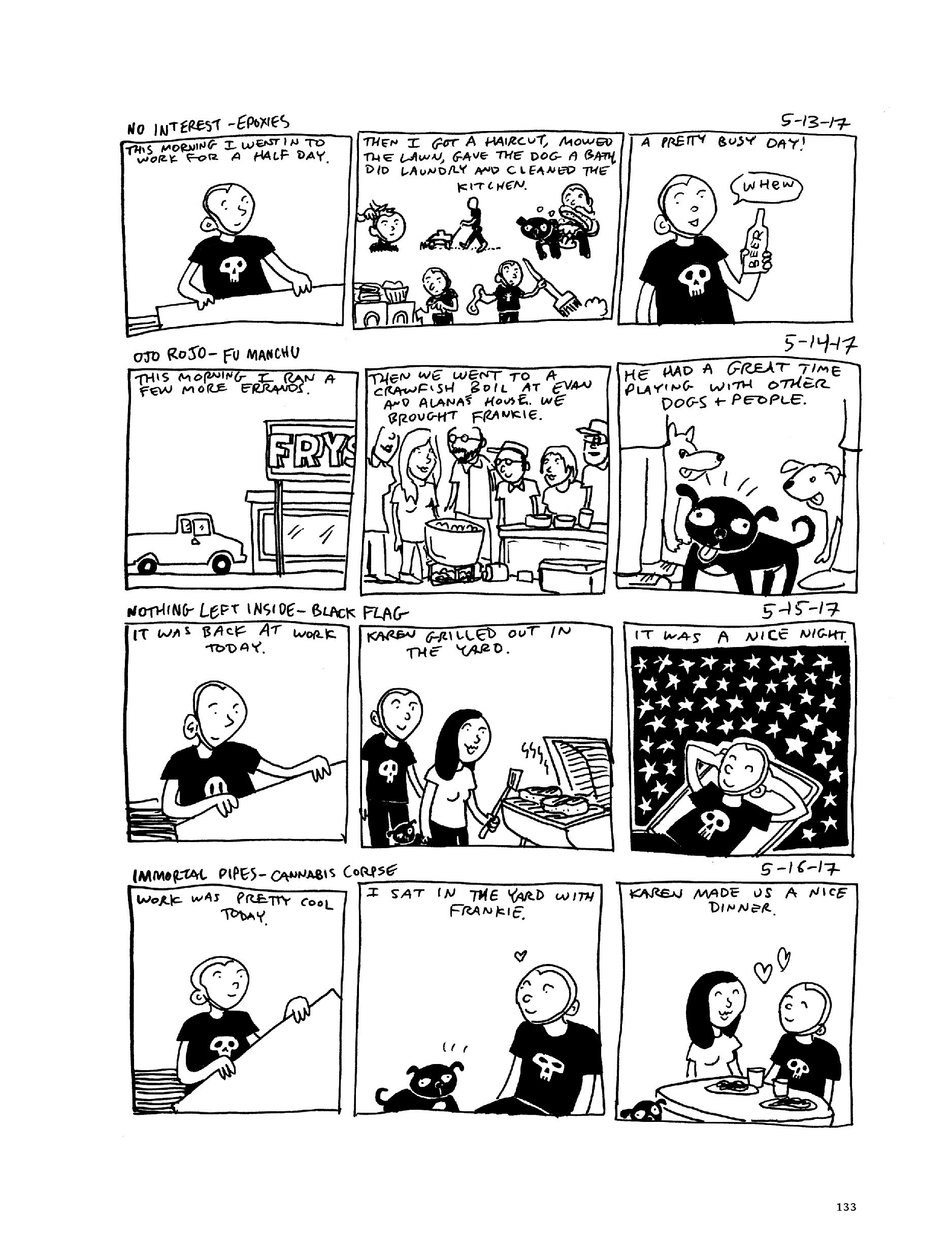 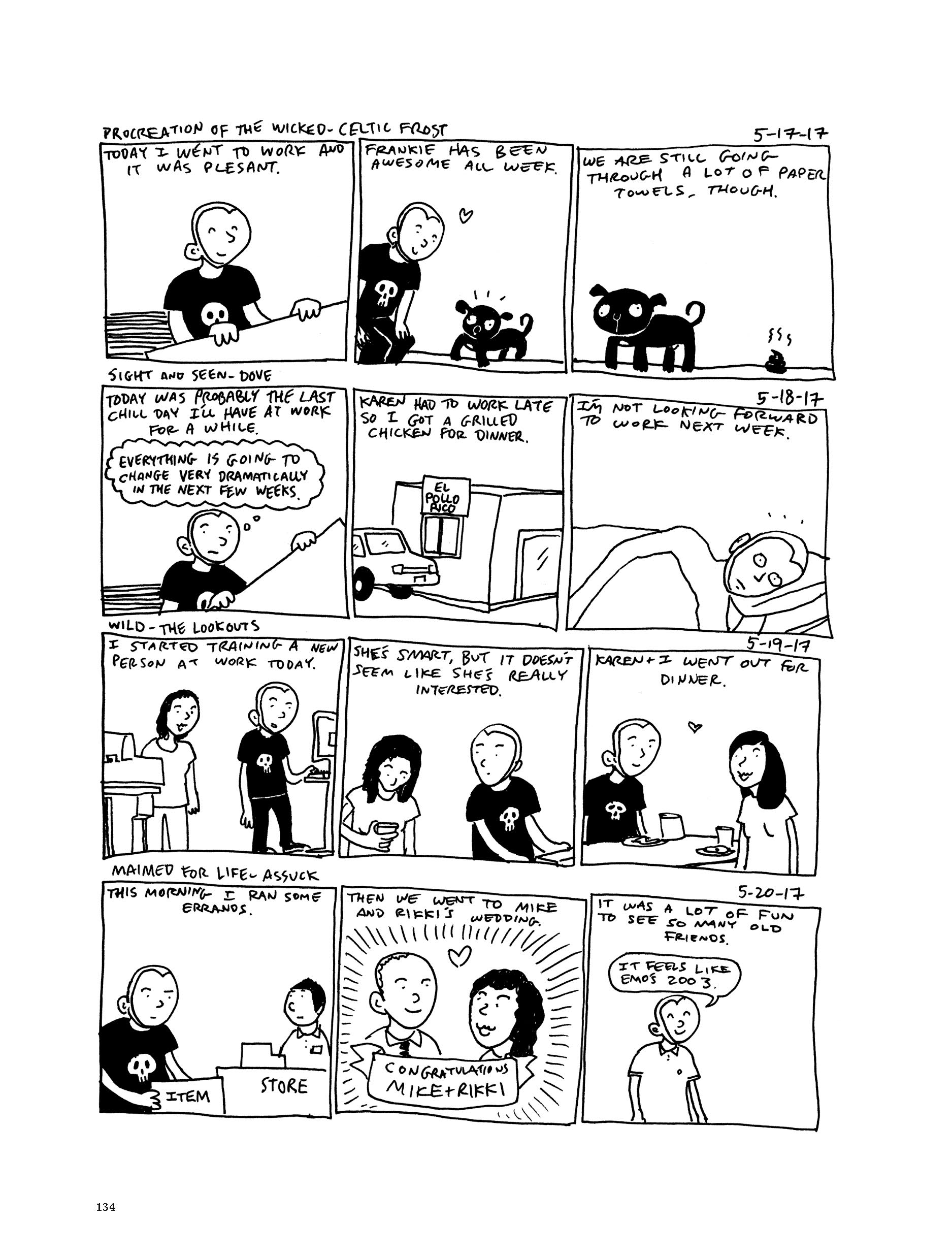 “I tell everybody to read Snakepit. It doesn’t matter where you jump in. Any new Snakepit book is cause for great celebration! There’s not much in life I look forward to as much as I look forward to reading more of Ben’s work, and I feel so goddamn lucky that he’s brought so much greatness into the world!”

“You remember Ben Snakepit, of course, and have been aware of his stuff for years – even though the former Austinite exited the Lone Star State a good while before this pandemic came to fuck us over. Snakepit is the man who’s been recording his life in one daily black-and-white comic strip after another, day after day, strip after strip, no pencils, just straight pen-to-paper, to great cumulative effect, since January of 2001. His last book before the move was Manor Threat, collecting the strips from 2013 to 2015, and this new one brings us from 2016 to 2018 and is again filled with the sort of wacky and touching quotidian adventures that a former (no: forever) punk musician and maturing family man gets into while living, loving, and battling the various vicissitudes of existence.”

“Ben’s shitty comics have created a book that’s impossible to put down, with lessons usually reserved for more pretentious art.”