Free and open to the public unless noted “$”

Sat Dec 10th, 7pm-9pm: Megan Kelso in conversation with Rina Ayuyang, and signing Who Will Make the Pancakes from Fantagraphics 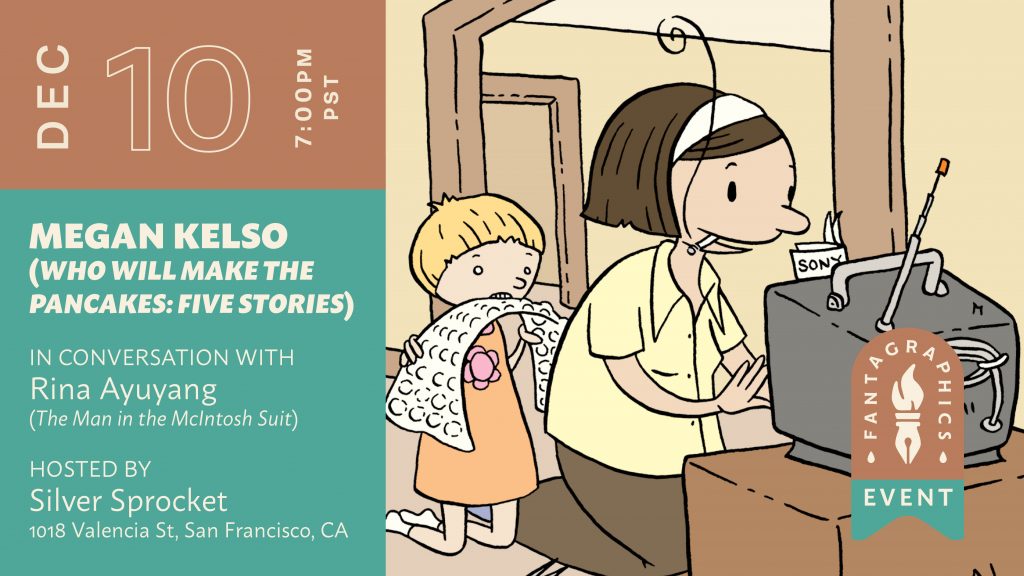 Sat March 4th 7pm-9pm: MariNaomi reading and book release party for I Though You Loved Me

Interested in having an event at Silver Sprocket?
Please email josh@silversprocket.com