Girl In The World by Caroline Cash 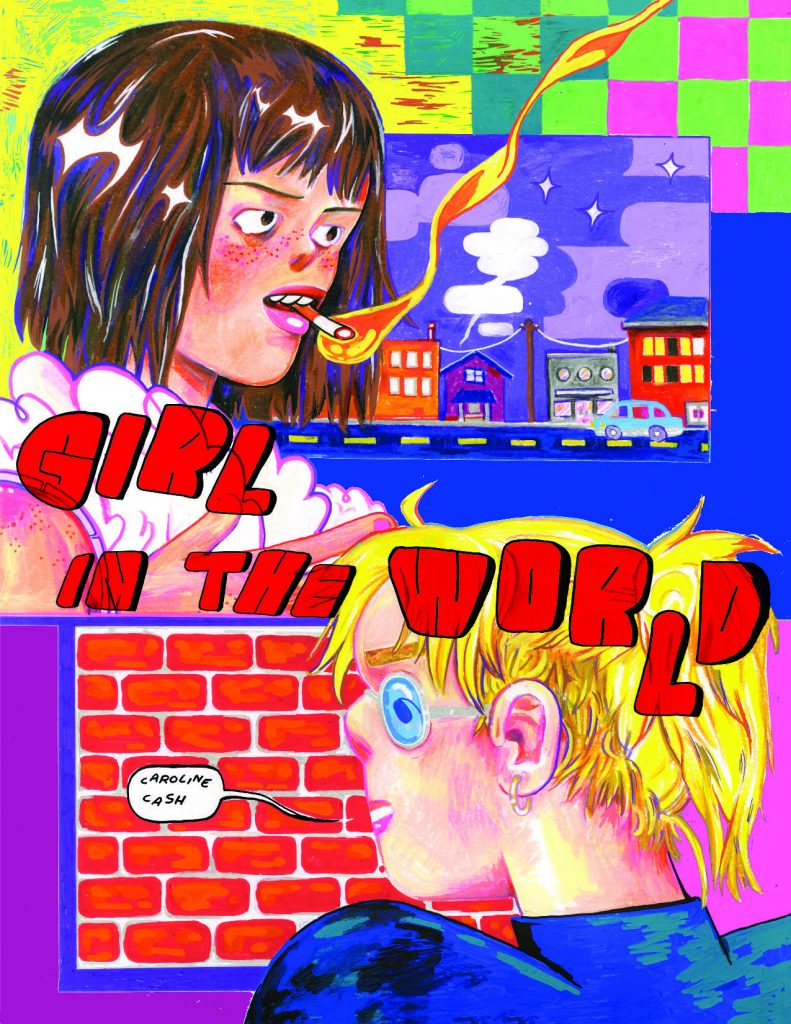 This book is about how a particularly chaotic 24 hours impacts a group of girls, and what they each get up to over the course of the night. 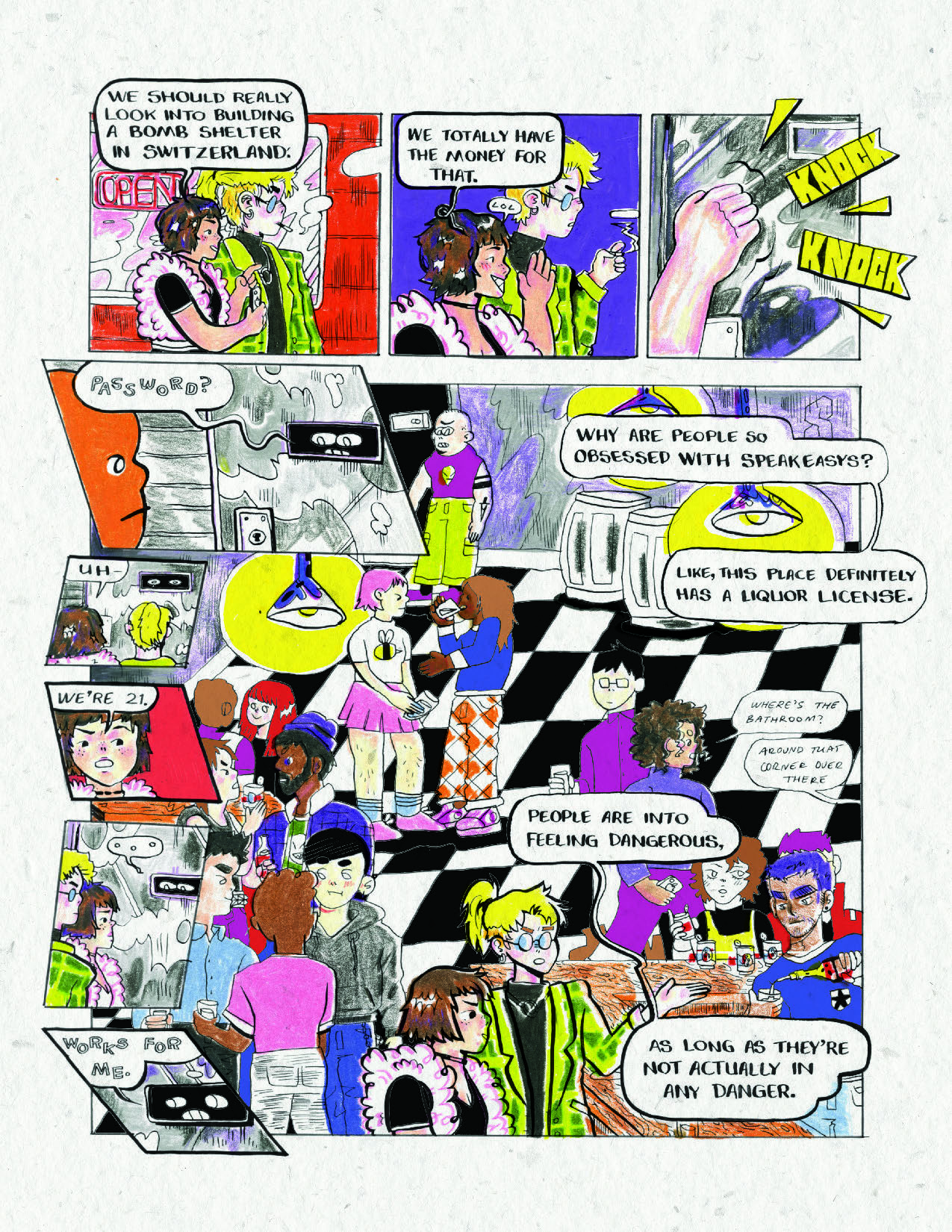 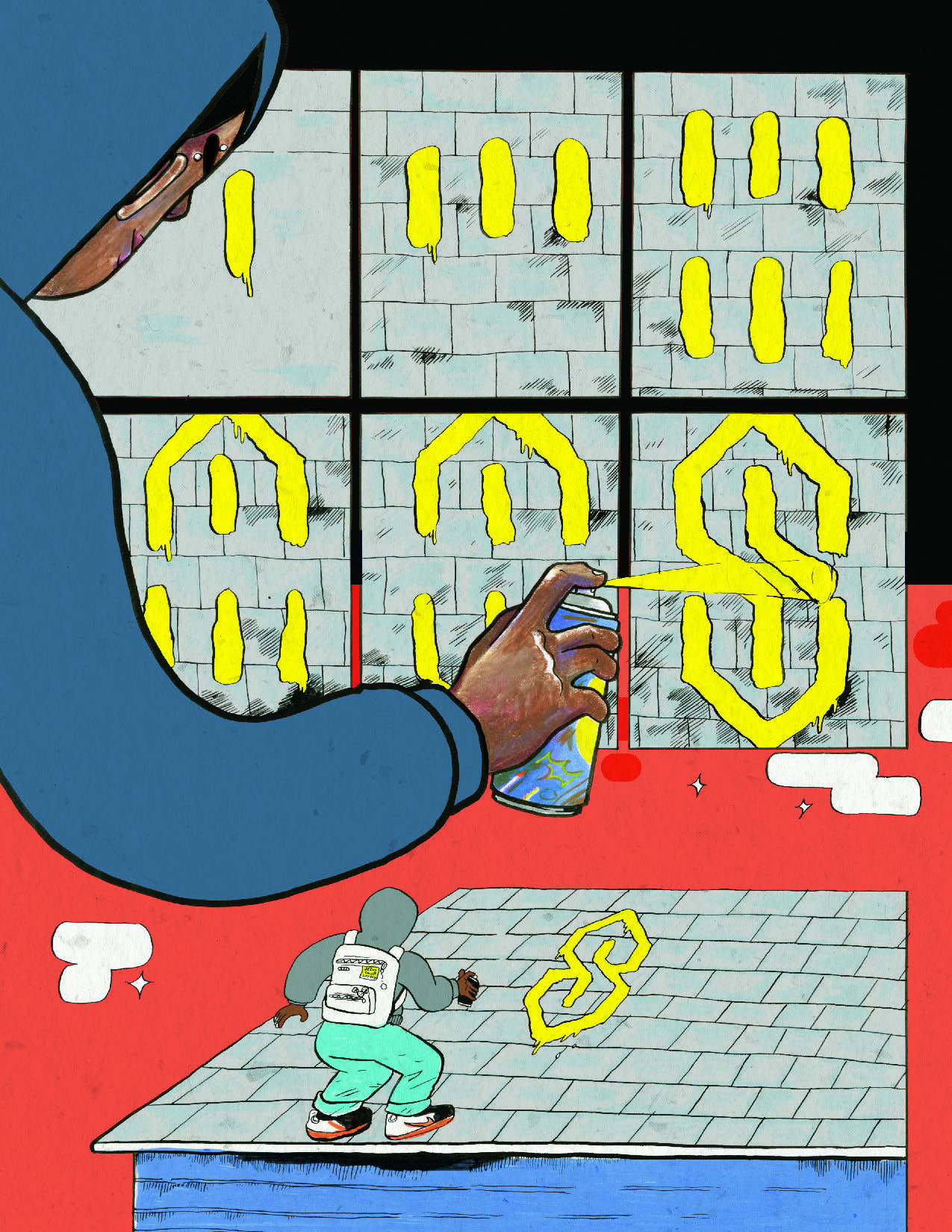 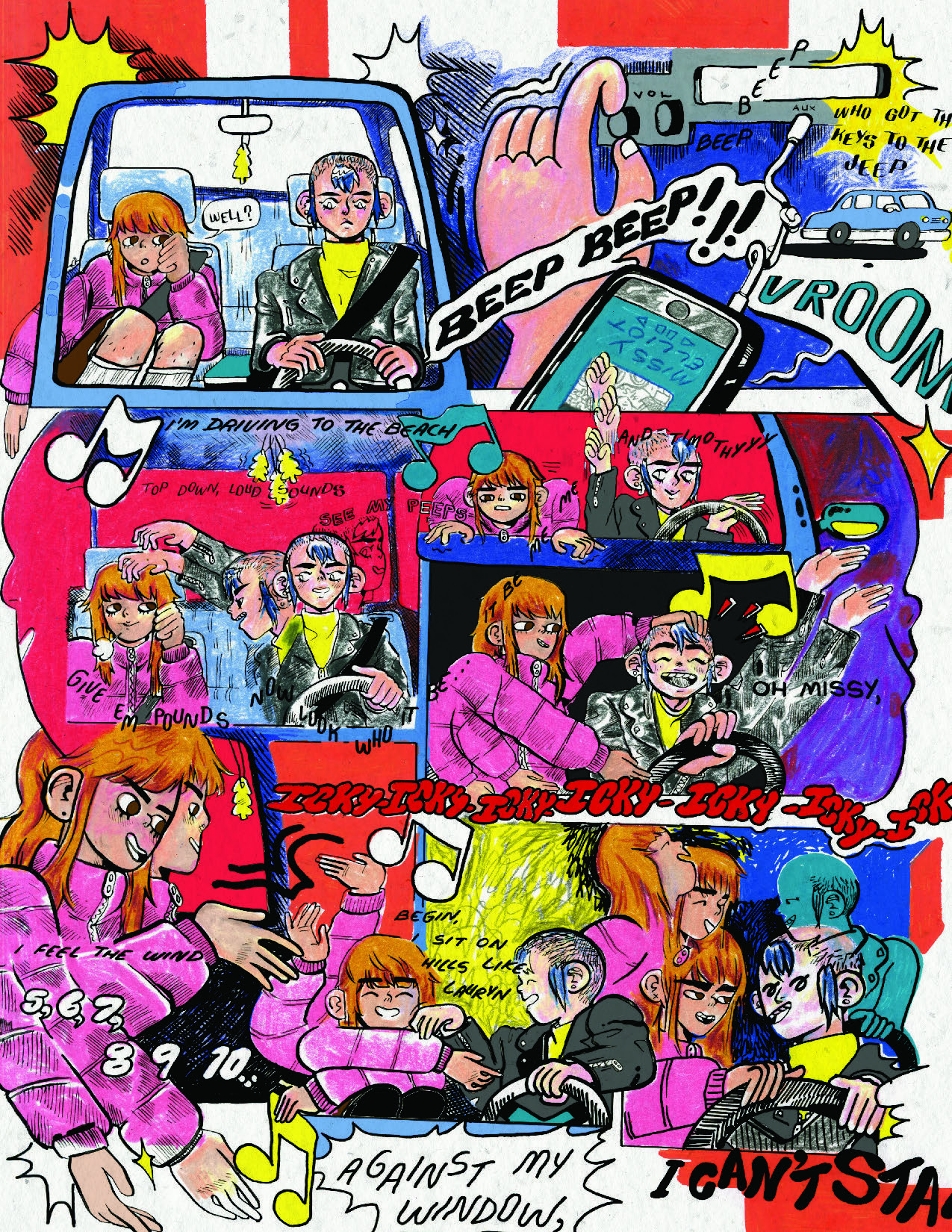 “As a comic publisher, Silver Sprocket border upon being a miracle. Small press comics press typically have an outstanding array of talent with very few dollars, if any, to draw attention towards that talent. Silver Sprocket has consistently managed to publish affordable new comics with a quality that makes them stand out in any comics scene. Caroline Cash’s new work Girl in the World is the next step in that increasingly reliable narrative. The 64-page original graphic novel traces a group of young women through the course of a single day that’s anything but ordinary. Cash’s use of color and layouts is unlike anything else readers will find on the stands this week. They make the entire reading experience immensely rewarding, and will likely appeal to readers who recall growing up in a city (not the suburbs) with electrically-charged buildings, lampposts, and even streets. This new comic is brimming with energy and life sure to impress any readers who take a step off the beaten path of American comics.”

“The comic follows a night in the life of a group of girls as they negotiate their way through a world of creatively named Facebook events, pretentious speakeasy bars, casual sexual harassment, surprisingly competent mental healthcare professionals and plenty of fast food and weed as they contemplate their futures in the gig economy and the forthcoming great conjunction. The pace is pleasingly chaotic, managing to evoke both a leisurely meandering conversation, and a fast-paced montage of hijinks. This is achieved through Cash’s fearlessly inventive visuals that play with the page in a whole range of ways. A mixture of hand-rendered messy textures and flat poppy colours, the drawing style is high punk kitsch; lots of blobby, oozing smoke bubbles, diamond glints for emphasis and smart use of colour to create contrast and a shifting focus as characters navigate their environments. Although there is a spontaneous sketchbook feel to a lot of the book, every creative decision is on point, with each crazy cut-up panel layout succinctly communicating the mood and forward motion of the story. What I mean to say is, it looks really cool, but it still makes sense, yeah?”

“Girl in the World is drenched in equal parts love and despair, is softly satirical, and is just a lot of fun to look at. We predict Caroline Cash’s star is rising, make sure to grab onto its belching rainbow tail as it passes by and pick up this book if you want to see what the fuss is about.”