No Romance In Hell by Hyena Hell 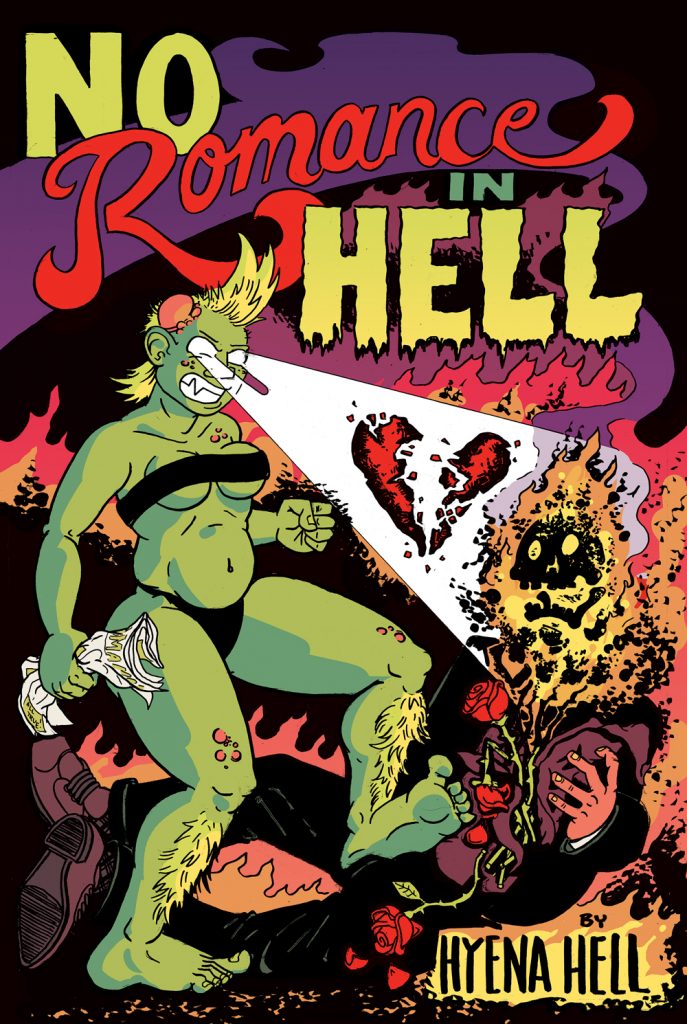 Disappointed with her romantic prospects in Hell, a demon ascends to Earth’s surface on a quest for loving tenderness from human men. Disappointment, disintegration, and hilarity ensue in this brimstone-infused roasting of modern romance.

“Hyena Hell’s got a tale as old as time for you right here, bub. No Romance in Hell is a zine-sized stunner from Silver Sprocket made for the romantically listless, for the folks who often end up suffering 10 levels of personal hell for that one taste of sweet, sweet passion. Ever find yourself blithely swiping through a dating app, thinking this shit’s for the birds? Spare a thought for this book’s love-deprived demon who decides to transcend their eternal stay in the Lake of Fire for a jaunt through our contemporary dating scene. Hyena Hell’s No Romance in Hell is a rager of a comic, rendered with precision timing and a voice that will probably cut like a razor for those who’ve ever dared to love. Or *shudder* date.”

“When you read a creator credit and see a name like Hyena Hell it’s an instant draw even if you’re not familiar with their work. The second plus for this indie release this week is, of course, that it’s published by Silver Sprocket, one of our favourite alt comics publishers here at Broken Frontier Towers.

This one-shot follows a demon dissatisfied with her lot in the netherworld who makes her way to the mortal plane to check out her romantic prospects there instead. We’re promised that “disappointment, disintegration, and hilarity ensue in this brimstone-infused roasting of modern romance.” Expect a distinctly underground vibe to the pages of this intriguing release this week.”