Previous Next
Interview with Andy Warner 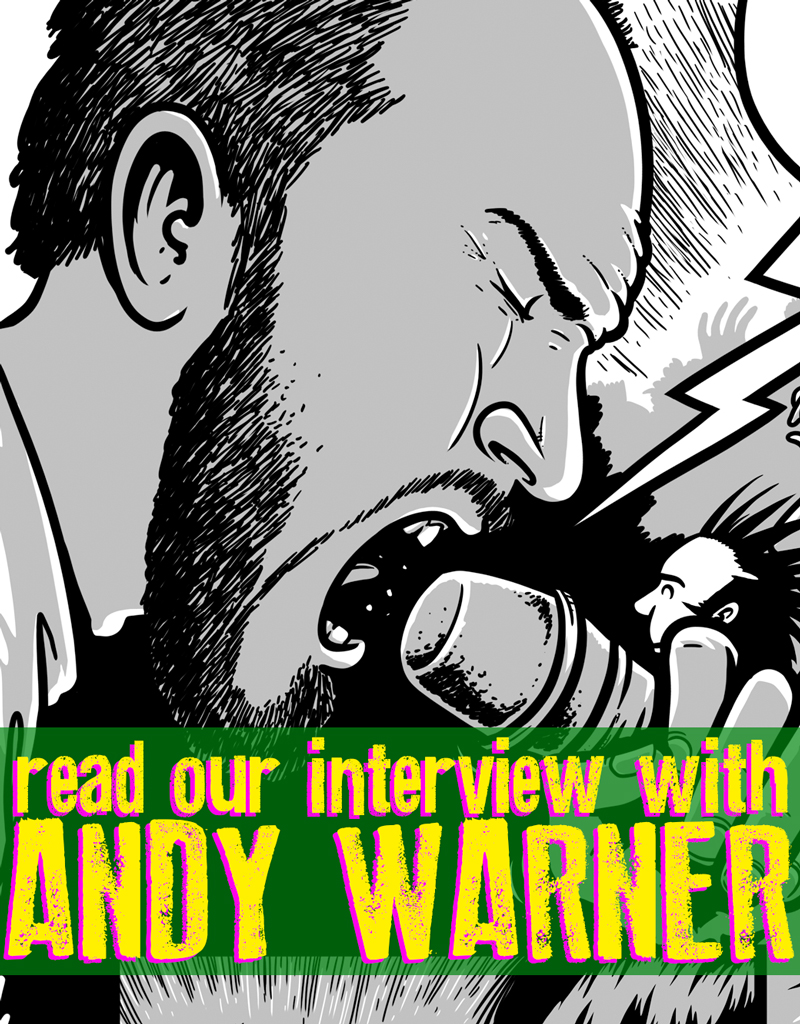 Andy Warner comes from the sea, uses his power of comics for journalism, and loves dealing with our bullshit. It’s about time you knew the truth. He’s also a giant.

Interview by Avi for Silver Sprocket

Why were you just in Bahrain?

I got sent out there by the State Department for the first Bahraini comics convention. I gave away free comics and taught some workshops and sat on a panel. It was amazing and everyone was super nice and really excited. I also saw a camel farm.

Hey there, here’s an excerpt from an explainer comic I did for KQED about the history of income inequality in America. Go read the whole darn thing.

How did you go from being a person who draws stuff to having comics published in places like Slate and PBS?

I drew comics obsessively for years and gave them away for free. Then one day people started wanting to pay me for them all the time. I don’t really know what happened, but it’s awesome.

Have you always made your comics digitally? Will you be a useless human from Wall-E after civilization crumbles?

I’ve been made of ones and zeros since about 2007 when I was hit by a motorcycle while bicycling and my drawing arm was broken in three places. I had to learn how to draw with my left hand, and it was way easier to do it digitally because I could zoom in far enough that the shakiness wasn’t a big deal. My arm healed after a while and I draw right-handed again (although I’ve still got two pins inside me), but Photoshop has remained my one true love. I’ll definitely be a useless Wall-E human, but I’ll probably stay pretty trim because I have the metabolism of a 12 year old boy. 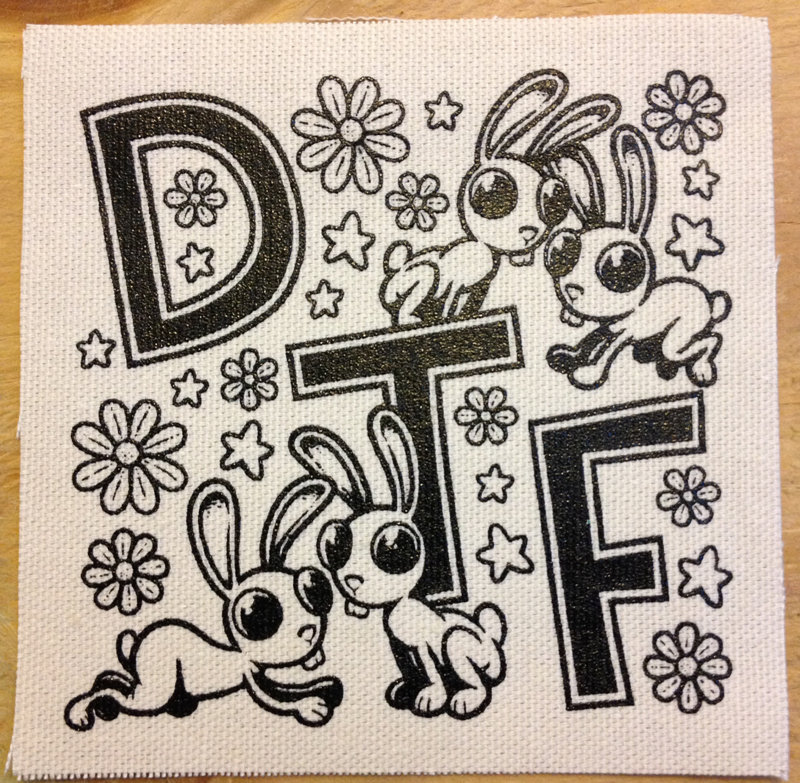 Tell me about the last bible you desecrated.

You know, I don’t think I’ve ever actually owned a bible. I was raised by heathens. 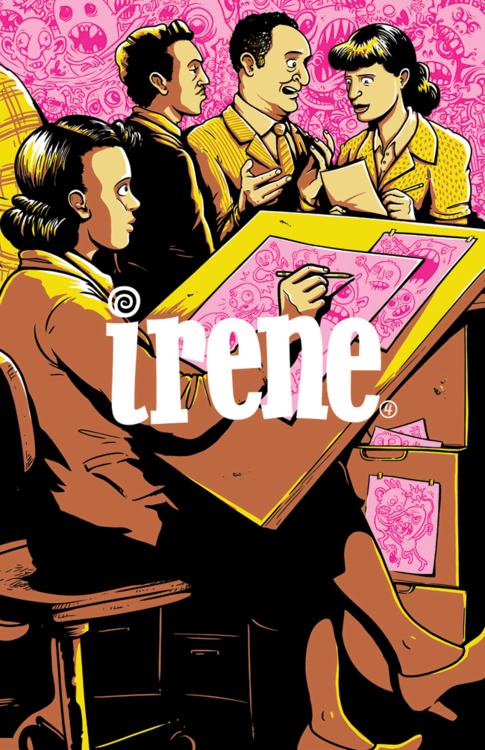 It’s a super awesome comics anthology that I co-edit with dw and Dakota McFadzean that consists of a ton of rad cartoonists. It’s our second anniversary of existing as a thing that the three of us do this month! We’ve put out four issues so far (the fourth one just came back from the printers) and I’m proud as hell of each and every one of them. You can buy them from me at shows or online.

Whats a current or upcoming project that you’re really excited about?

I’m just about to do a story about an urban legend about a man wearing a bunny suit who murders people with axes that turns out to actually have a weird grain of truth to it. He was called the Bunny Man. It’ll be for the really excellent nonfiction comics magazine, Symbolia. 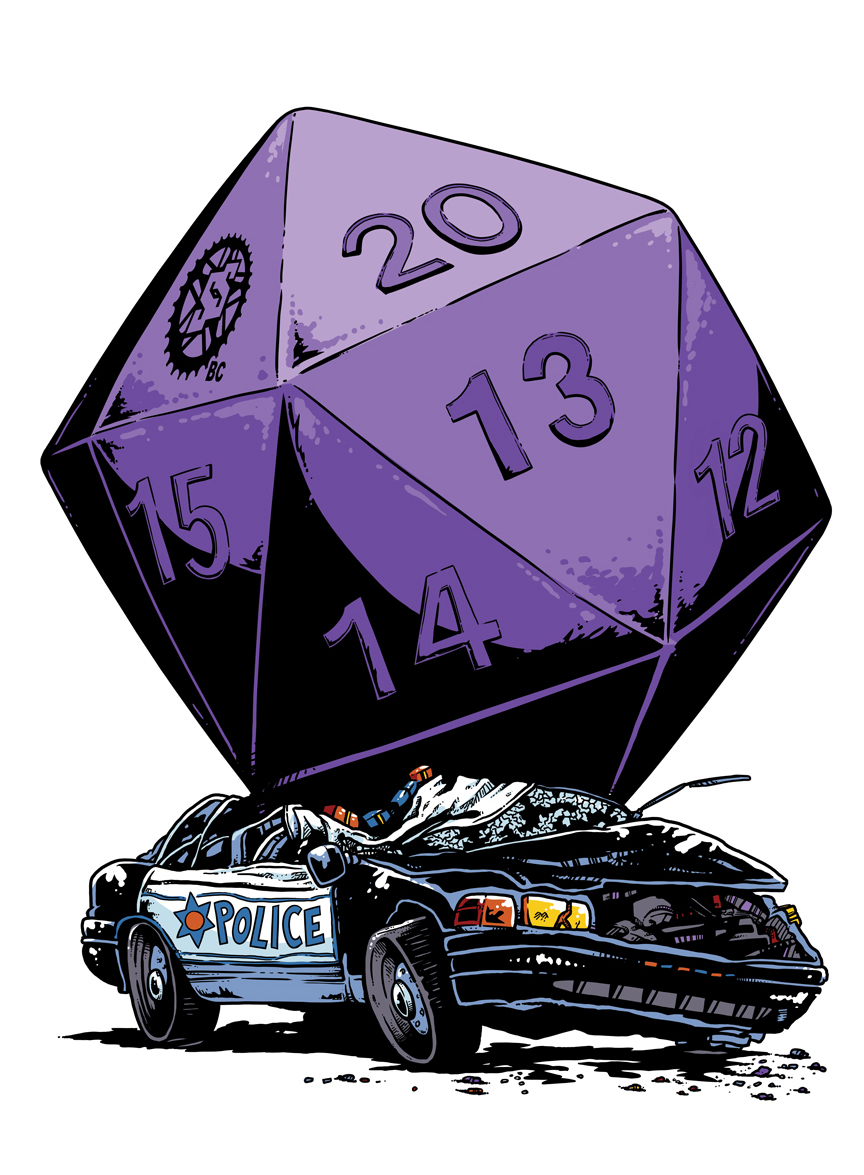 How could moving your drawing desk to the shed in my backyard possibly be a good idea? 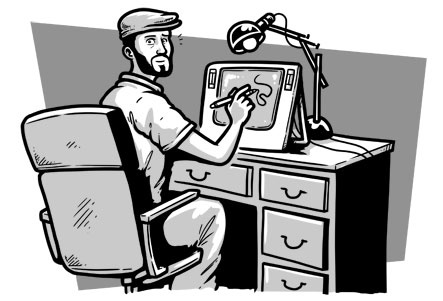 Follow Andy on Tumblr or FaceBook, read his comics, check out the Irene anthology, and if your eyeballs aren’t bleeding yet, he’s got work in of our very own As You Were #1, #2 and #3. Andy’s art is also on some Silver Sprocket merch like our DTF and D20 ACAB Critical Hit designs.