Previous Next
Interview with Ben Snakepit 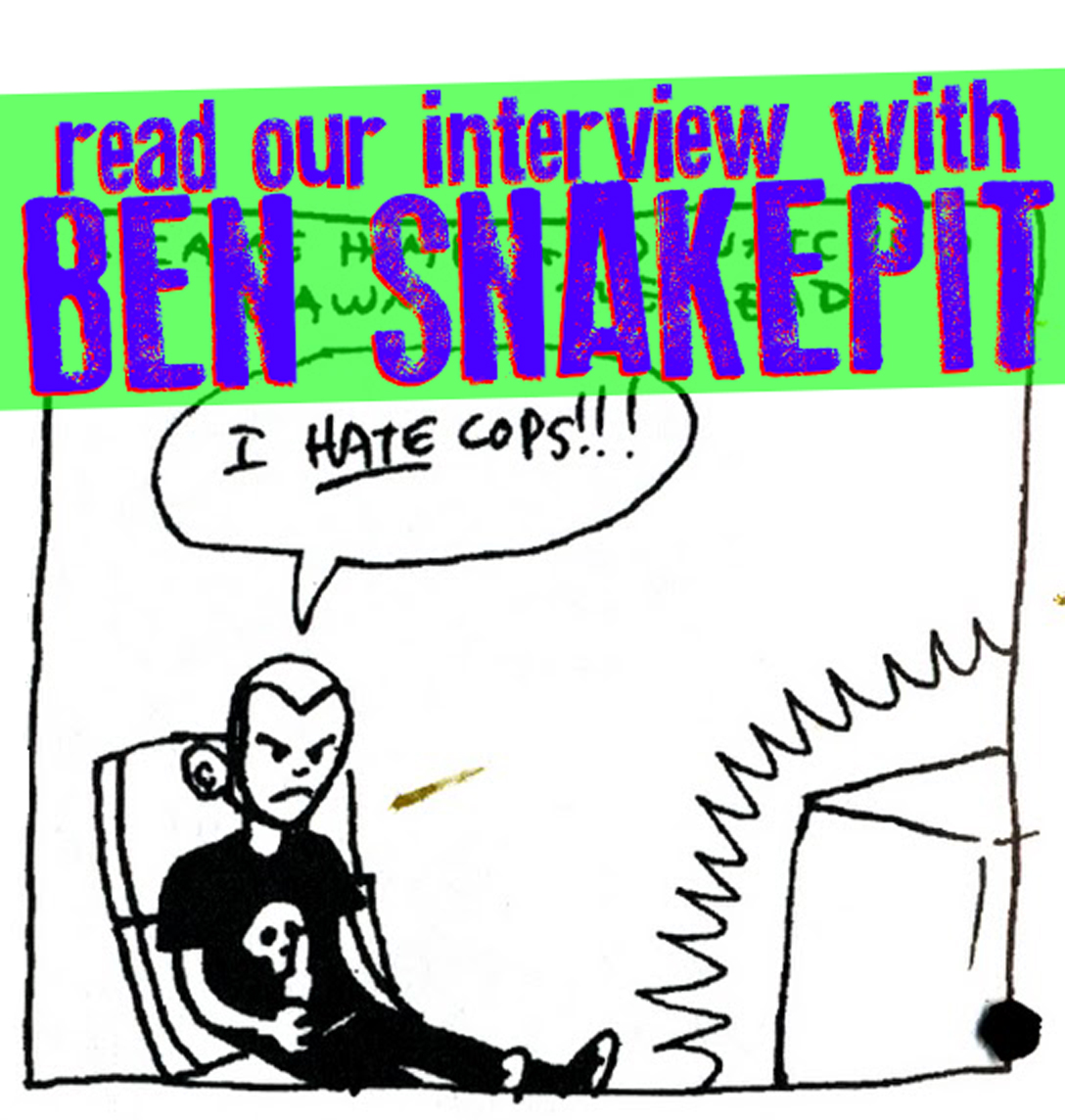 Ben (“Ghazi”) Snakepit is the comic juggernaut of the modern age.

Imagine a robot stuck in an infinite loop playing a game of peekaboo with the most enthusiastic infant on planet earth. Now imagine a narrator doing a whole bunch of drugs and developing a run on sentence trying to say how Ben’s daily comics have been a game of chicken between him and his fans to see who gets bored first, and so far, nobody has lost. To have a fan base be genuinely interested in your life from tour stories to the most mundane occurrences shows something is going right. We caught up with Ben in his Malibu beach house to get the scoop. The REAL scoop. 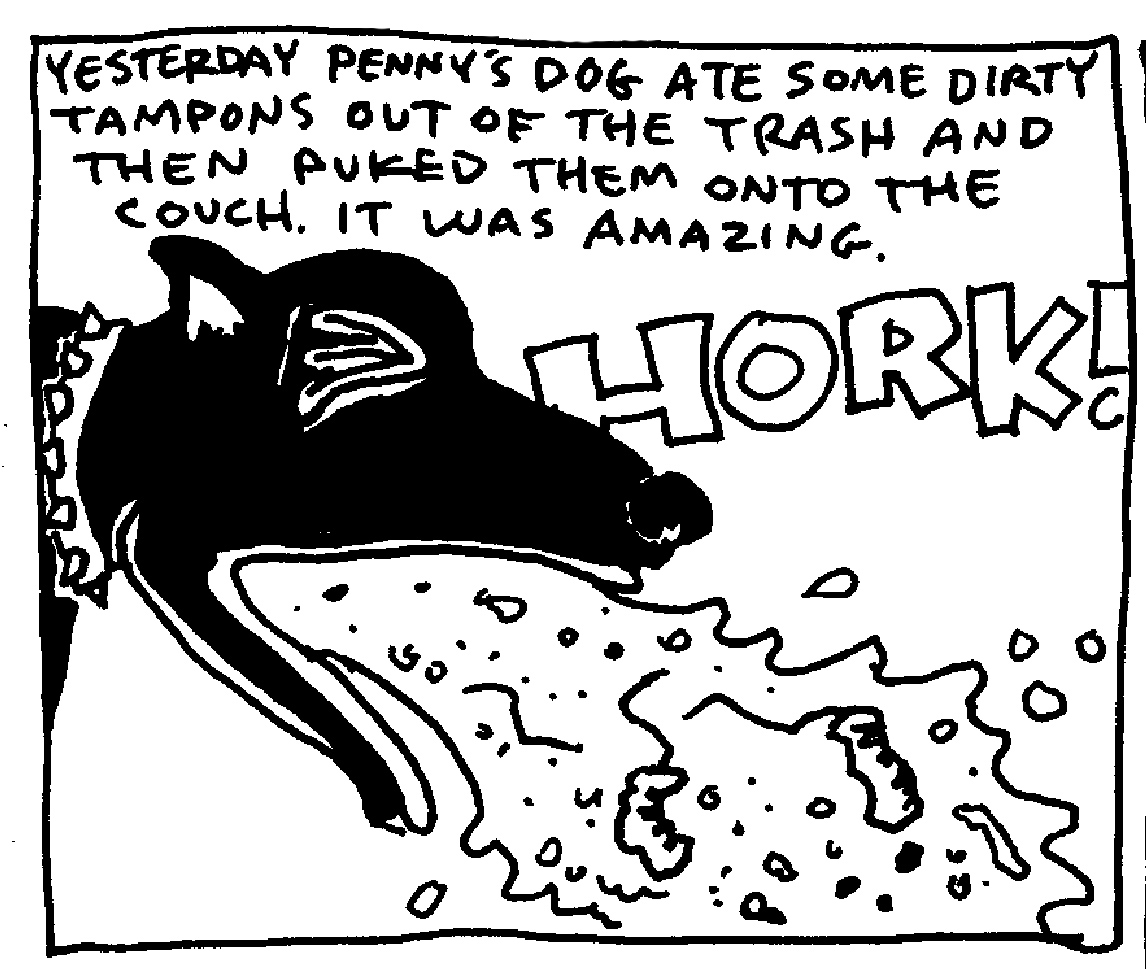 Who are, using as many swears as possible, you?

I’m a stupid fucking dumbass that can’t draw worth a shit but for some reason people keep reading the stupid shitty comics I make so I keep doing it. This cycle of abuse has perpetuated for over 14 years now. 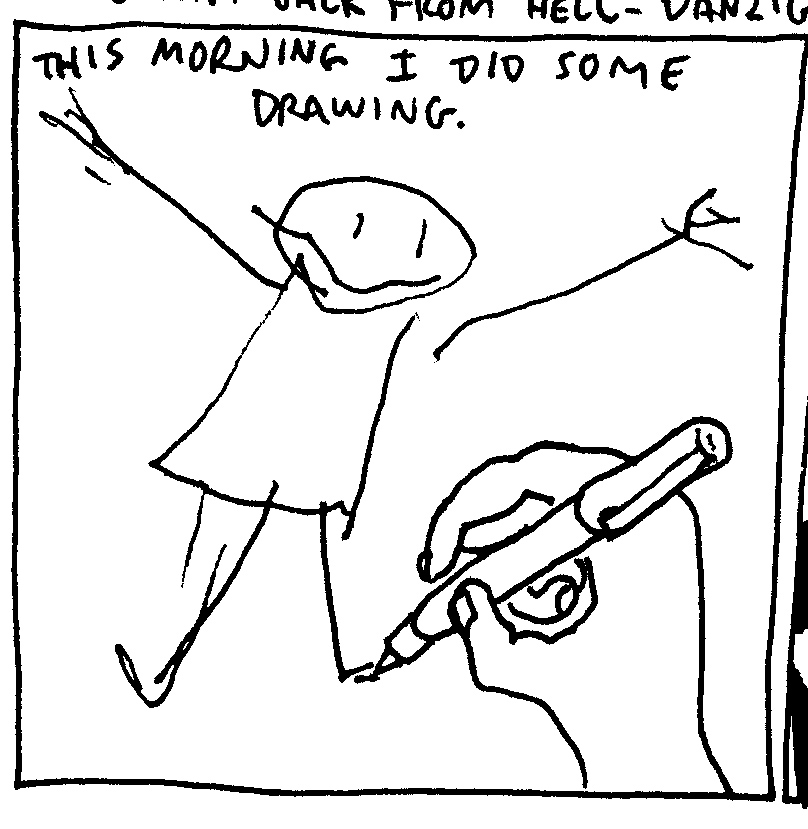 How did you get involved in this thing I’m supposed to be plugging As You Were? 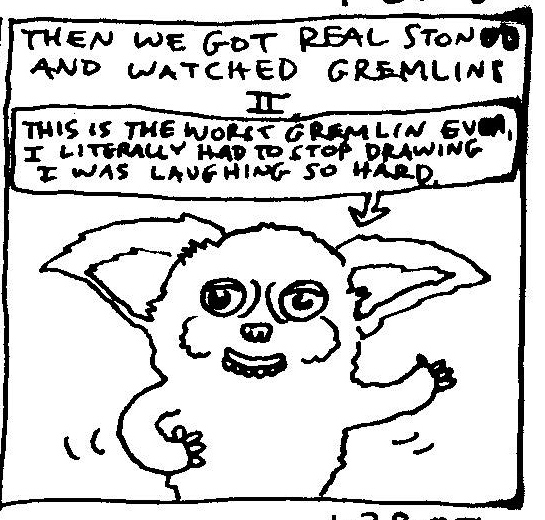 You are close friends with our fearless leader, Mitch Clem. Got any embarrassing stories?

He doesn’t know the difference between the singer for the Big Boys and the drummer for Danzig. 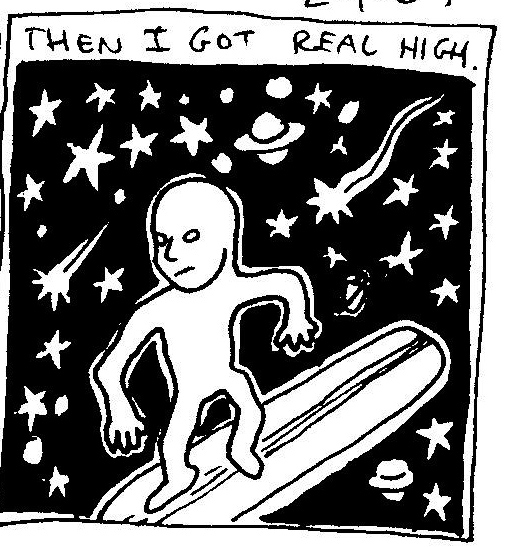 If money/responsibility/time allocation was of no consequence what would your dream project be?

I would be either the singer of the Big Boys or the drummer of Danzig.

You’ve been on the daily comics train for a long long time. Do you ever miss a day and does it ever become overwhelming?

I’ve drawn a comic for every day of the last 14 years and change. I haven’t necessarily drawn each comic each day. Sometimes if I’m traveling or something, I’ll leave my sketchbook at home because I’m afraid if I lose it I’ll lose all the comics I’ve drawn for that year. In those cases I will usually write out the captions each day and then catch up when I get back home. Once I accidentally went on tour with the Fleshies and ended up being like 40 days behind. catching up all that was pretty overwhelming but I got it done. 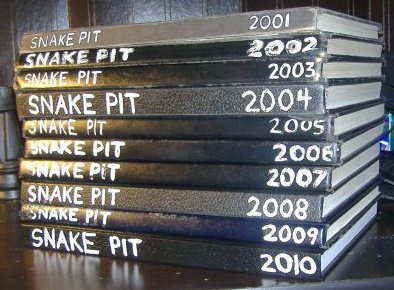 How has the comic affected the way you live? Does it come with a certain zen or is it more of an endless marathon?

In the earlier days I would purposely do stupid shit because it would make the comics better, but now I don’t care that much anymore. If you read through them all you can see the change. I’m cool with it. People either like what I do or they don’t. 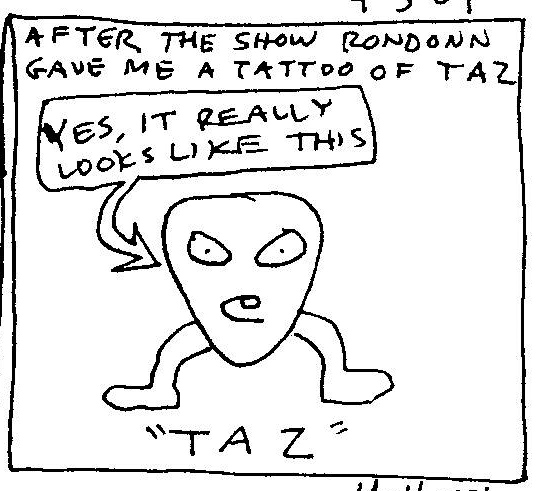 How do you think instant access to people’s work has affected artist community/fan interaction/chances of success?

I think in the short term, it’s a great thing for building a fan base. But in the long term, you build a fan base that is constantly expecting quality work on a consistent basis, and that can be hard to keep up with. My “business model” of releasing a book every three years works great in terms of having a huge amount of new stuff to release, but sometimes my readers get frustrated having to wait so long between books. If only I could control the speed of time.

What the damn is success anyway?

For me, success would mean being able to quit my job and be able to pay my bills solely with money from my comics. I do not foresee this happening within my lifetime. 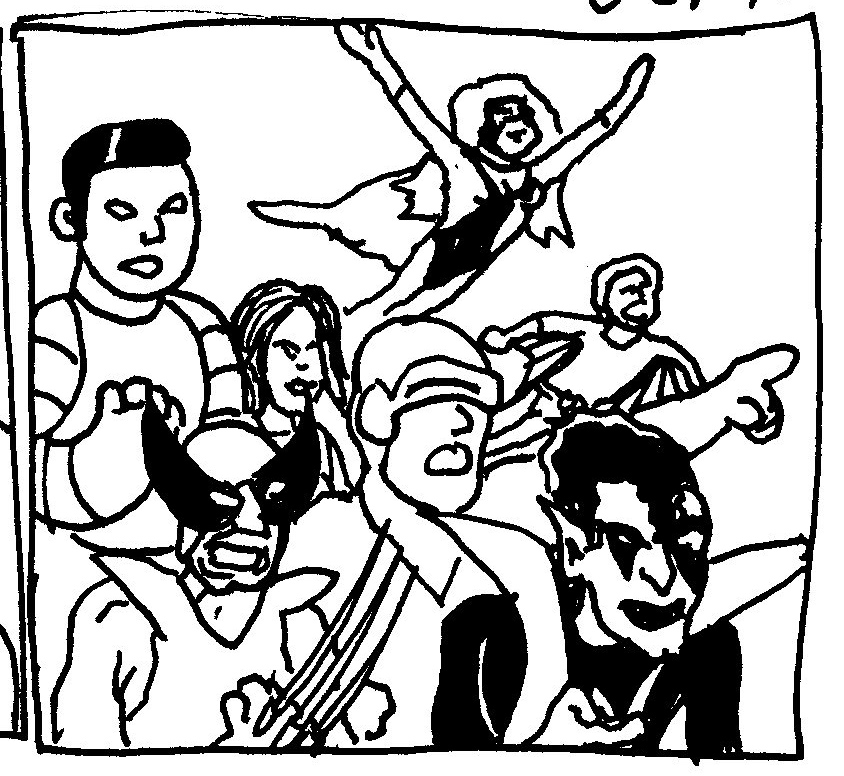 In As You Were we get to see a style outside of you journal comics. Do you hope to do more long form comics in the future?

I’ve done other stuff in anthologies, and my regular column in Razorcake, so it’s not really that new. Also, the 2-pager I did in AYW #2 is the longest one I’ve ever drawn. I kinda try to make it a point to only do 1-page comics.

You have become the treasurer of a resource rich Marxist archipelago for some reason. What do you do with all that money?

I would buy a three-bedroom house within the city limits of Austin. That would pretty much use up all the money. 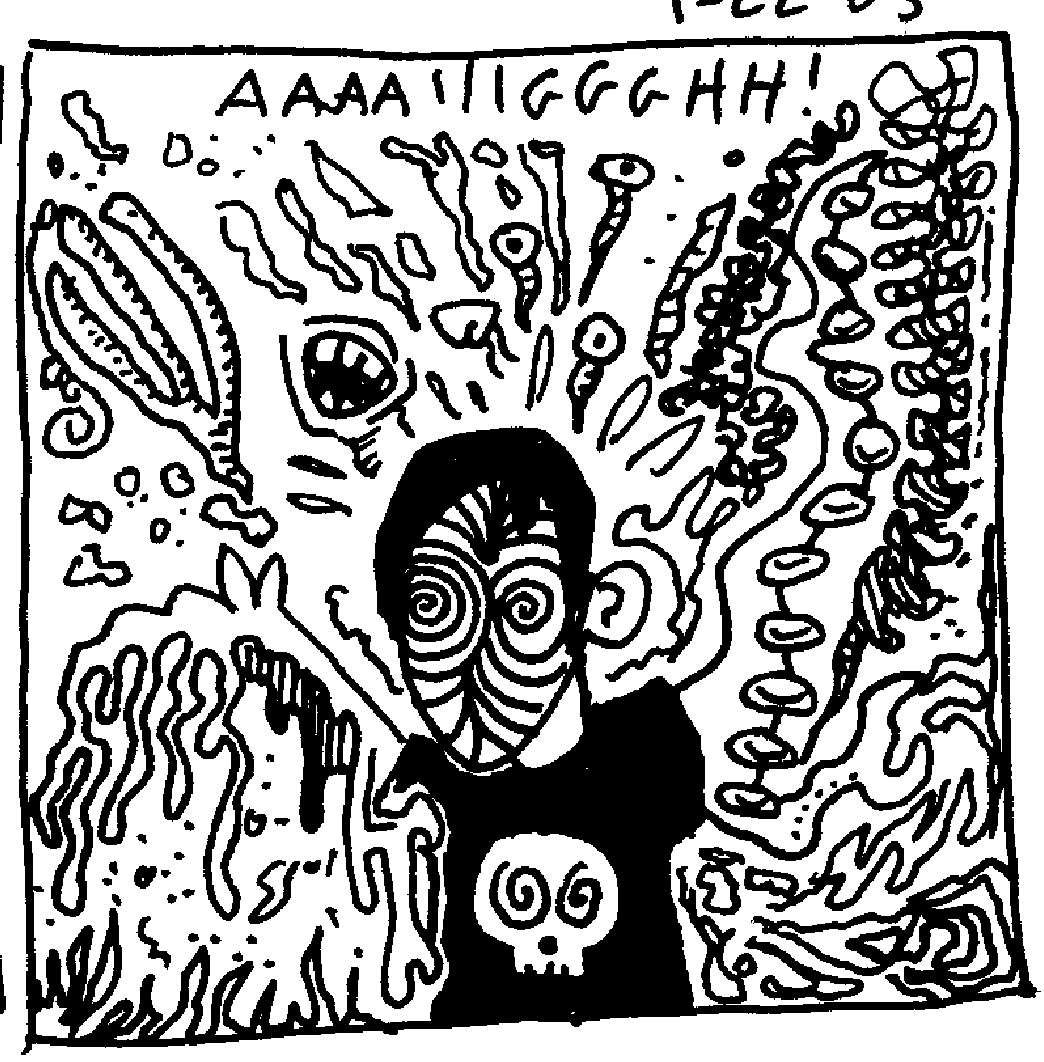 The Internet presence for your art is somewhat bare-bones. Is this on purpose?

Sort of. If you befriend me on facebook (please feel free to do so, I accept every request I get) you will see I am quite present on the internet. I just try to downplay the “dot com” part of it. What I mean is that I don’t like being a salesman, I’ll occasionally mention if I have something new for sale but I try not to be too over-aggressive with the sales pitches.

Whats one fictional character you wanna pick a fight with and what did they ever do to you?

Kai Winn from Star Trek: DS9 because she sucks so bad.

Check out Ben’s website, demand his friendship on FaceBook, and check out our selection of books and junk on our store thing including exclusive comics in each issue of As You Were and the limited run split with Mitch Clem’s My Stupid Life! 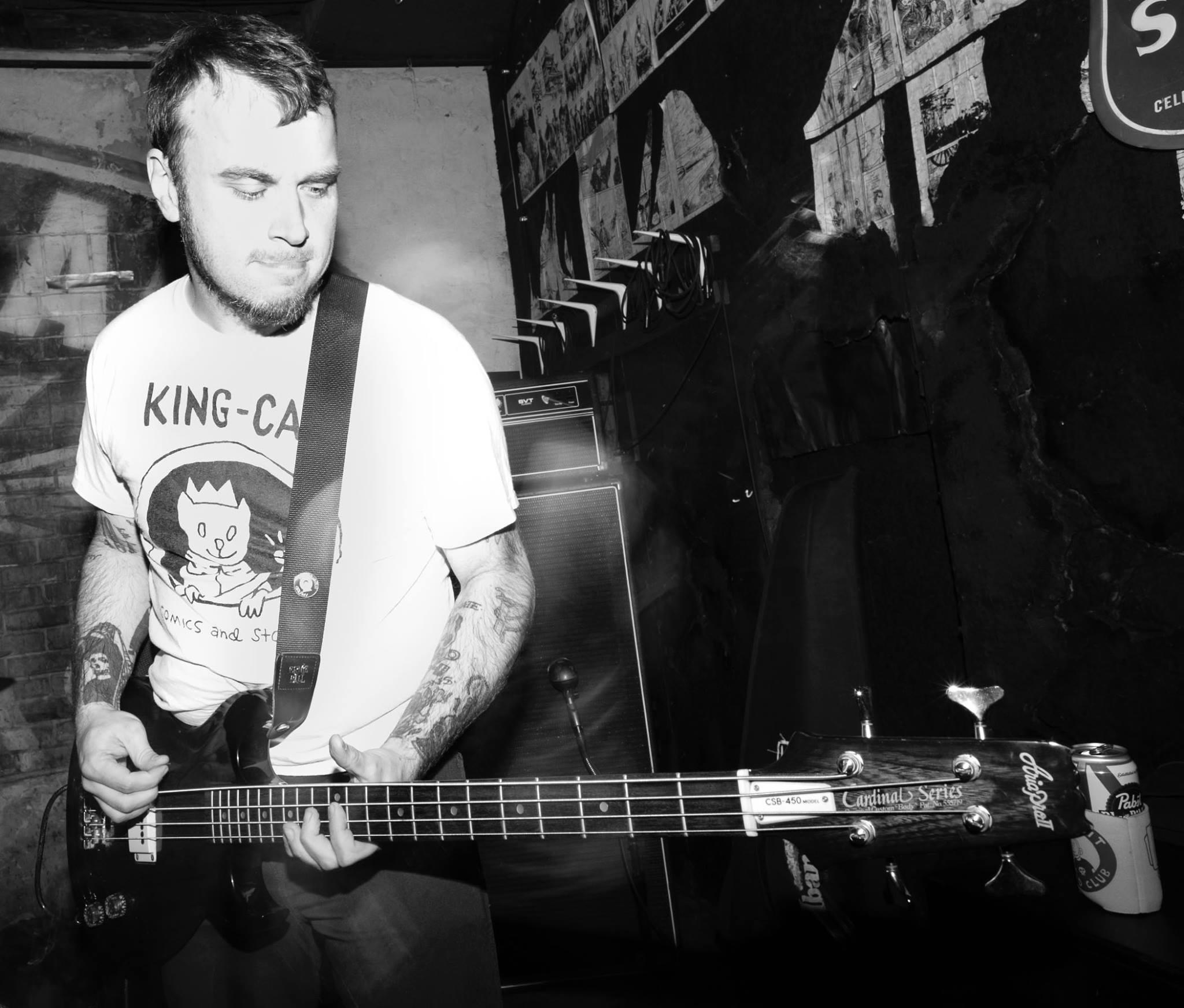