Previous Next
Interview with Bill Pinkel 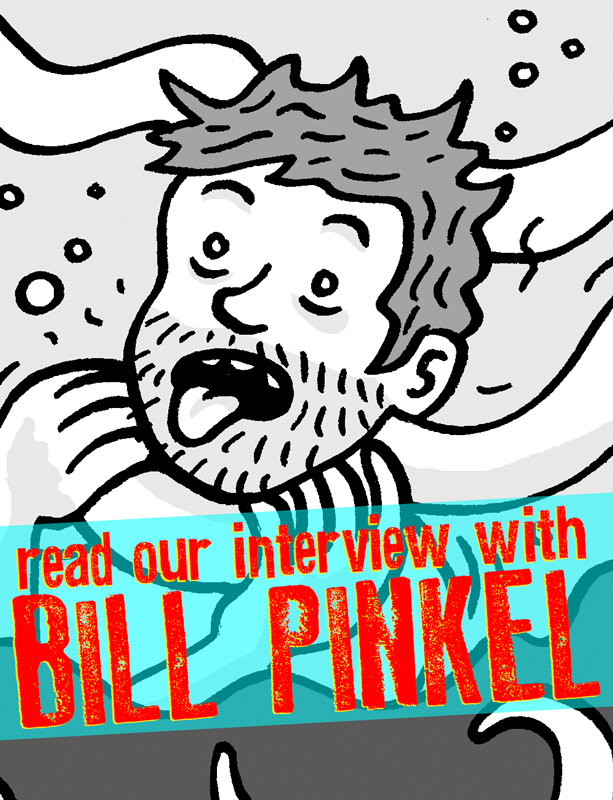 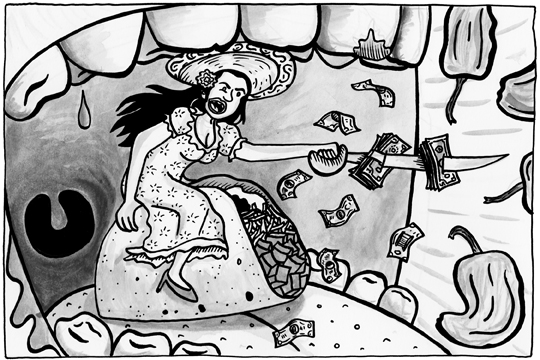 Read our interview with As You Were punk-comix artist Bill Pinkel!

Anxinated? Like that level of caffeinated that spills over into anxiety and agitation. I’m a normal dude. I live in a suburban home. I drive a prius. If it weren’t for my tattoos and my record collection I’d be a yuppie. Wait, yuppies have tattoos and records now. Ok I’m a yuppie. There’s two made-up words with some Descendents references sprinkled in.

How did you get pulled into the big mess that is As You Were?

I illustrate columns and the occasional pizza volcano for Razorcake: Not-For-Profit, Punk Rock Fan-Zine and through that and the occasional record cover or flyer I’ve met or E-met a lot of cool, like-minded people. Despite all of that, Mitch still invited me to participate, for which I am eternally grateful because it’s the coolest. 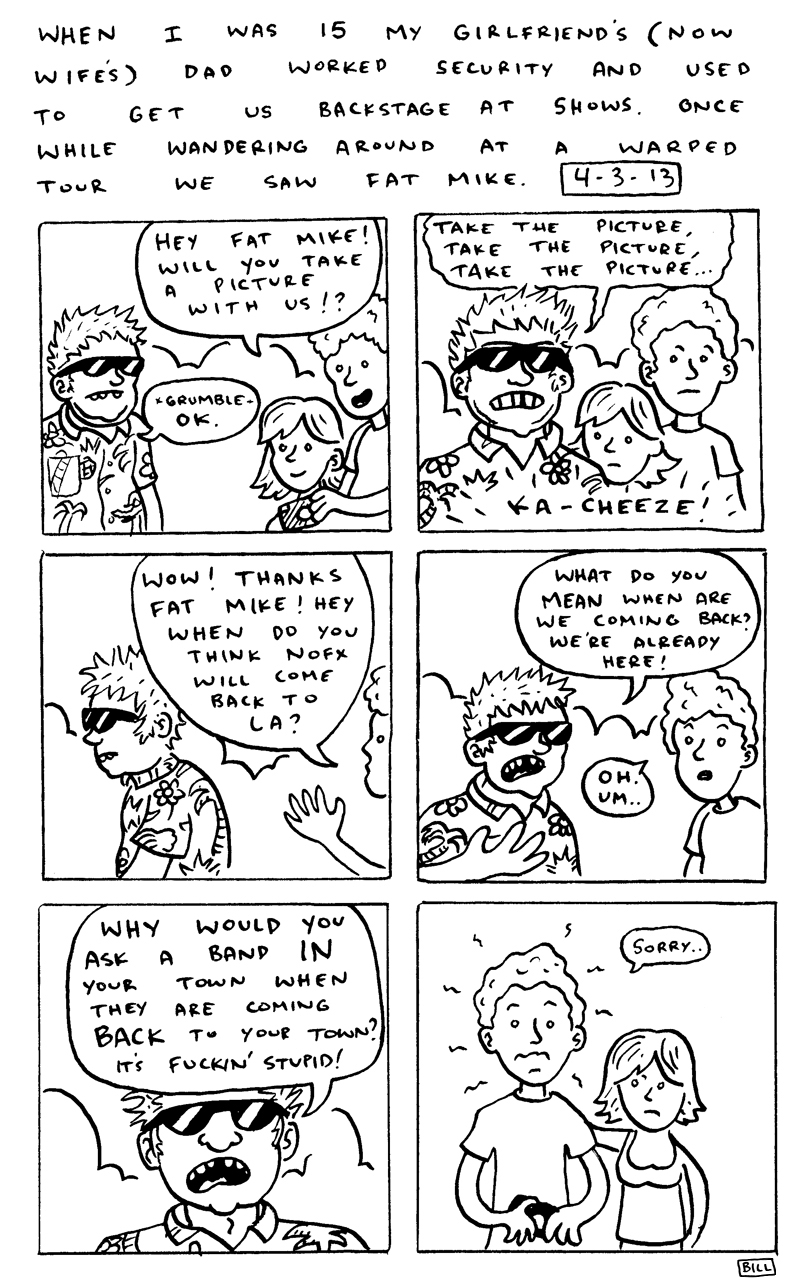 Your art is seemingly autobiographical. How often do you try and get comics done?

Oh dear. Well I used to be a lot better about doing comics regularly, but there’s a certain inward-looking, analytical consternation that goes along with it and sometimes it can be a little much. These days I try to under-promise and over-deliver. I really want to start doing them more often again, it’s just difficult to squeeze everything in. Guys like Ben Snakepit, who manage to draw every day, are really inspirational. Just the dedication blows my mind. I’m such a slacker. 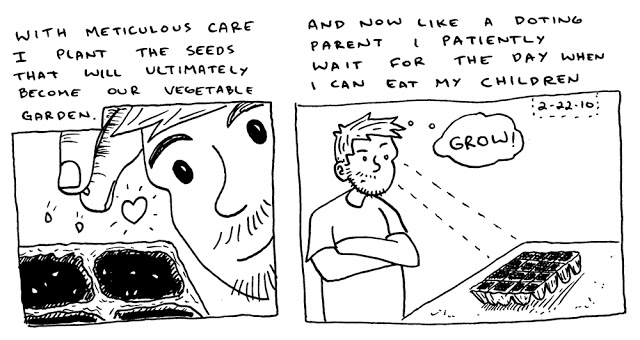 Do you think artist community/chances of success/organization changed for the better in the age of instant page to fans eyeballs interface?

Obviously the Internet is an amazing platform for artists to get their work out there and self-promote, but I tend to think that because of the sheer volume of crap that we consume online, it’s also a good place to be ignored. Say the word “webcomics” and I pretty much assume it’s stick characters talking about video games or the word “blog” and I expect to see pictures of that food court you ate at in Thailand. These things are not fair or true, but I have Game of Thrones episode recaps to read, and pictures of cats to look at. Because the Internet is free, a lot of it tends to be crummy. This is a completely unreasonable argument for which I am going to offer no proof, but I think there has to be something said for actually going out and printing something rather than simply putting it online (keep in mind practically all of my comics are online and have never appeared in print form). Print requires some action on your part, you have to go to a special store (or website) and order it and sit down and actually read it, it’s participatory. The Internet feels more passive to me. Like vegging out in front of the TV. I think the stuff I’ve done for As You Were is some of the best stuff I’ve ever done. If the rest of it was that good I’d probably get it printed. What the hell were we talking about again? 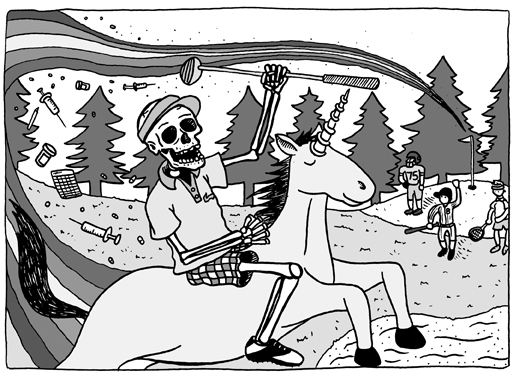 If the internet was on fire and you could only save 5 things to remain in circulation do you think you would be able to choose before you burned along with all the ones and zeros?

So let’s assume that whatever has set the Internet on fire is like a neutron bomb and it destroys all electronic media, but leaves all physical mediums alone. I would say Facebook, Instagarm, Youtube, Twitter (which I really only use to follow comedians when I’m bored) stuff like that. 99.9% is inane drivel, but who knows? Imagine if instead of Aristotle’s great treatises on whatever being passed down through the ages we had Plato was humping so-and-so and Caesar fell off his chariot videos. I think it’s interesting when archaeologists discover ancient Egyptian graffiti or some Prehistoric garbage dump. There’s plenty of cultural and anthropological evidence that has been preserved through time, the garbage just kinda fills in the gaps, it shows what the common jerks were up to. Can you imagine what a treasure trove of crap Facebook will be in a thousand years? I realize that in some ways this answer contradicts my previous answer. Just thought I’d point that out. 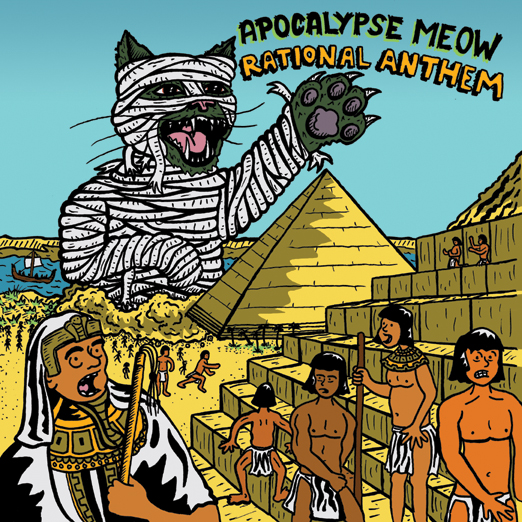 Is there any other creative medium you think you would be good at telling stories with?

I used to make videos in high school and in community college. I thought they were pretty funny, just silly stuff with my friends.

If money/time/responsibility was of no consequence what would your dream project be?

Probably some ridiculously long, drawn-out graphic novel. I would need to read some books on how to write a novel first. Take one of those seminars like in Adaptation. Or maybe some huge mixed media piece ala Chris Ware. Honestly as long as I’m doing comics about my life I would be happy.

What do you do in your not artsy life?

I like to cook, mess around with motorcycles, buy too many records and toys. I have a brand new daughter so figuring all that out takes up a lot of my time. Two dogs, a cat and a wife. I’m a lucky dude. Can you use hashtags in an interview? #blessed #love

I have a van that I need a sick airbrush on the side of. What would you recommend?

I hope it isn’t cliche for a van, but a cool wizard would be pretty boss.

Check out Bill’s comics and artwork over at the way out of date FrowningBill.com, in the pages of Razorcake, and the list of album covers he’s drawn over on Discogs is pretty impressive too.