Previous Next
Interview with Liz Prince 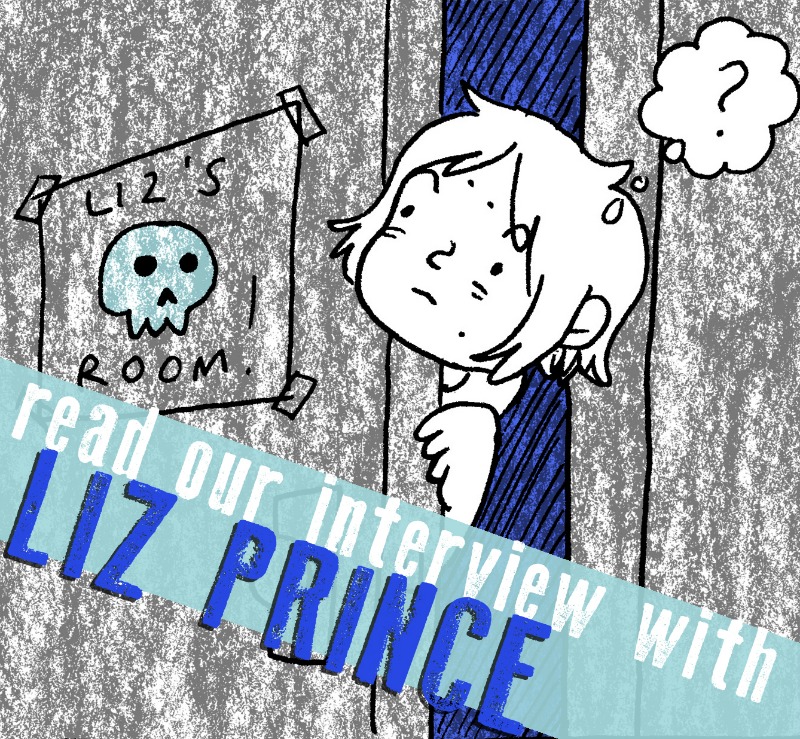 Liz Prince is someone whose illustrated anecdotes are guaranteed to make us laugh, but in addition to sharing more about her cats’ lives with readers, Prince also tackles many deep, thought-provoking, and important issues surrounding gender, identity, and emotions. Read on to find out about how she’s seen the comics industry change, her advice for those who deal with anxiety, and her dental fixation.

I’m a full-time comic artist, and I work very part time in a library. My hobbies include trying to watch every episode of The Simpsons (some seasons are incredibly painful), cooking and eating, and my cats, Wolfman and Dracula.

I got involved with AYW through Mitch Clem, who started the anthology with Avi. We’ve been friends for a few years, and when he was talking about this anthology, I gave him some advice about the things that I’ve seen work for previous anthologies that I’ve been involved in.

The release of your Tomboy graphic novel was a big deal. How do you feel about its reception and what people seem to be taking away from it?

Tomboy continues to be an incredible experience for me. It was really hard to imagine the reception gender would get, and since it’s a memoir about my childhood—growing up in the 80s and 90s—I was unsure if it would even be relevant to a teen audience today.

I’ve gotten lots of really touching emails and letters from kids as young as 9, 90-year-olds who never got to express themselves as children, and parents who felt like my book helped them understand their own children better. It has opened up a lot of doors for me that my previous books couldn’t; I recently returned from a week-long trip to Macedonia, where I did comics workshops with elementary school students and teenagers, gave some university talks, and met a lot of really interesting people—all because of Tomboy! 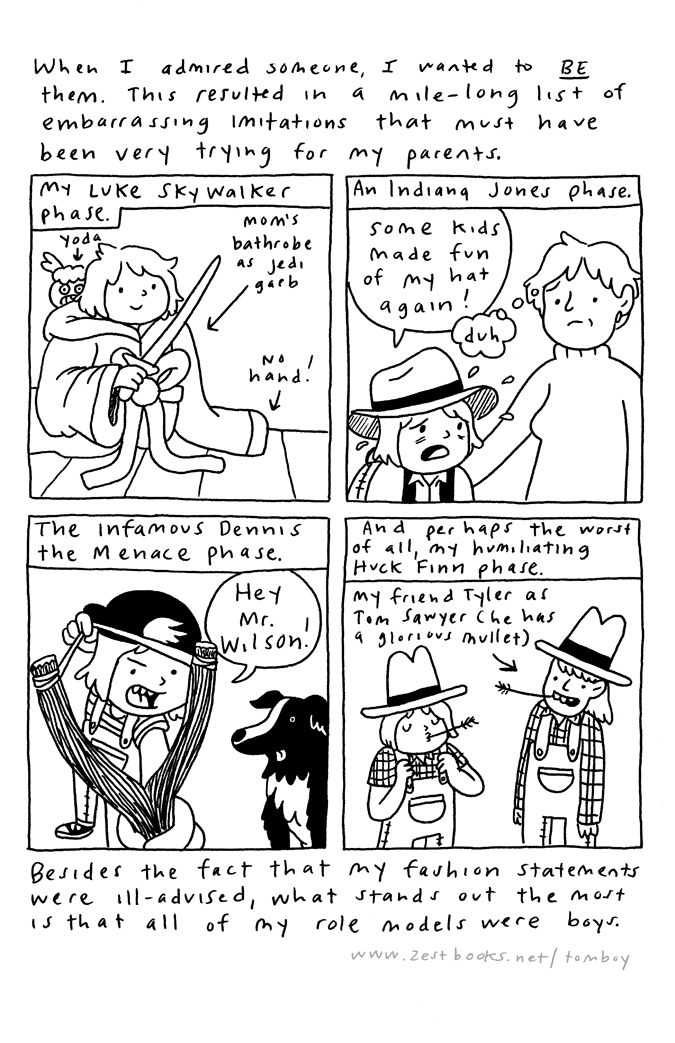 It’s been a decade since your first book came out. How have things changed since then?

EVERYTHING has changed in that decade, except that I still make comics about myself—but basically everything else has evolved. I draw “better” now, or at least I feel a lot more confident in my drawing ability. I have worked with both traditional book publishers and monthly comics publishers, as well as indie comics publishers.

There are so many more comic conventions now then there were 10 years ago, the downside of which is that almost all of them are curated, whereas when I was starting out, none of the ones I went to were. And I actually think that the growth of interest in comics, and the explosion of new people making comics, is probably directly related to the access to comics that the internet has fostered. When I was a kid, you had to seek comics out at a comic book store in order to discover books that you liked, but now you can discover comics creators all over the place! It’s a great thing, but hopefully people still go to comic shops to discover new artists as well.

Your contribution to As You Were tackles the concept of a “haunted” house. Lighthearted question: Do you believe in ghosts? Heavier question: What kind of advice do you have for people to cope with anxiety/fear in any of its forms?

I do believe in ghosts! I have had many encounters with ghosts! Ghostbusters was my favorite movie when I was a kid, but I can’t really say with confidence that “I ain’t afraid of no ghosts,” unfortunately.

Anxiety/fear, in my experience, is the anticipation of something that isn’t actually there. I don’t have much advice for conquering those feelings, because I struggle with them myself, but I did recently start taking Zoloft to manage my anxiety, and it has been so great. I had avoided using medication for my anxiety for years, because I thought it was admitting some kind of defeat or weakness, and I was afraid that I might lose my creativity if I was medicated, but the opposite has happened: I’m far more productive and excited by the results of my productivity than I have been for the last few years. Honestly, I wish I’d tried Zoloft earlier, because all of that time spent worrying about everything feels like wasted time now that I’m on the other side of it. 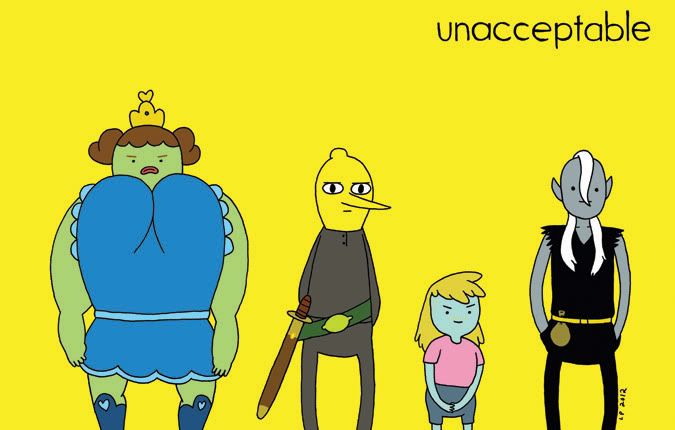 You occasionally work with BOOM! Studios. What’s that like? What other work do you do?

It’s fun to get to write and draw comics about Cartoon Network characters in my own style. I like throwing in punk references for my friends to spot, and in the case of my Lemongrab story for Marceline and the Scream Queens, it even turned one young reader into a punk fan! Warping young minds is just one of the many perks of the job.

I’ve also done textbook illustration projects (I updated the illustrations for a series of math textbooks); I wrote and drew a comic based on Flo, the Progressive spokesperson, in which she was “superhero”; and I supplement my income by doing paid workshop and speaking gigs.

My main project at the moment is a daily comic project that I’m funding through Patreon. I’ve always wanted to draw a comic every day for a year, but the task always seemed too daunting. After finishing Tomboy, I went through a pretty intense year of writer’s block, and finally committing myself to a year’s worth of journal comics seemed like a good way to force myself back into the habit of drawing everyday.

I have also felt very estranged from self-publishing, so putting together monthly collections was a way to get making my own books again. And Patreon just seemed like the best platform for me to keep track of payments and addresses and subscribers: I’ve wanted to do a subscription service for a long time, but keeping tabs on the business end of it felt like too much busywork. Luckily, Patreon is (mostly) good at taking care of that for me. And drawing these comics has become the highlight of my day! I definitely didn’t expect for that to happen, but I’m so excited about how they come out, which is something I wouldn’t have guessed for myself.

We read recently about having your wisdom teeth out (apparently punk rock ruined them anyway) but it sounds awful. Is it intentional that your signature self portrait involves chewing on something?

Oh, I think you mean that you read about my recent gum graft surgery, because I had my wisdom teeth out when I was 18 (which, even with my recent surgery, was probably still the worst procedure I’ve ever endured, and not just because I watched “Little Nicky” during my recovery).

So, for those uninitiated folks, a gum graft is when tissue from the roof of your mouth is sewn onto your gum line to cover up areas of recession. It was pretty damn awful, but it seems to have “worked,” so hopefully I’ll never have another issue with gum recession again. Let this be a lesson to all you readers out there: use a very soft bristle toothbrush (better yet, electric toothbrushes are best), and don’t brush very hard! I was brushing too hard for years and no one told me!

And I’ll get off my soapbox of dental hygiene and say that I never thought about the correlation between my dental fixation and my self-portrait of biting stuff, but there is probably a strong subconscious connection there! 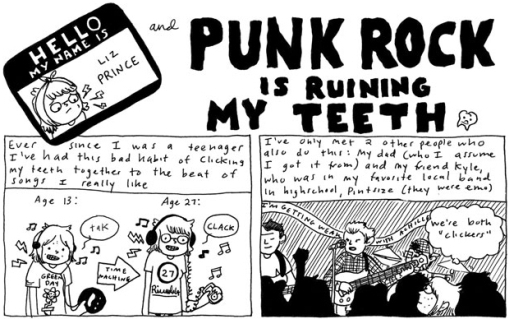 Definitely Tomboy—that book makes all my other work look like a pile of puke. It’s my most ambitious book, and it tells a personal story about my own experiences with gender stereotypes. It’s still funny like my other work, but it also has an important message.

It’s a tie between:

Q: “Who’s your favorite Otter Pop, and why?”
A: “Sir Issac Lime, because he’s the most delicious and he’s a scientist!”

Q: “What is your favorite thing about Frankenberry?”
A: “His strawberry fingernails! I want to meet the person who designed that character and give them a high five!” 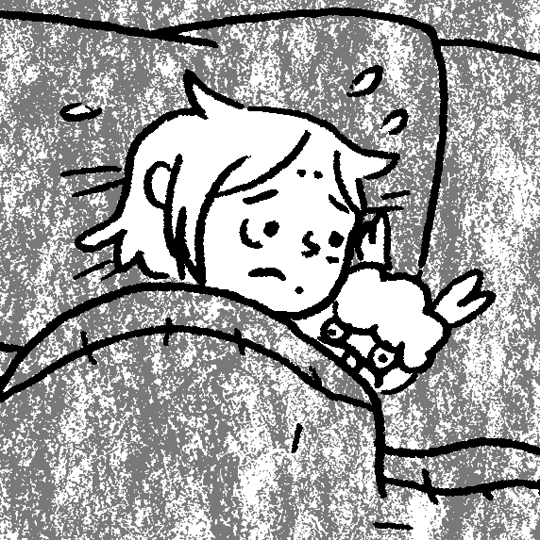 If you weren’t already a mega fan of Liz Prince, we’re betting that you are by now. Get up to speed on her work here, check out our Liz Prince merch here, and don’t forget to get a copy of As You Were: Living Situations here.