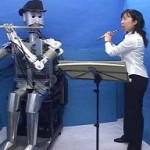 Hey babies. My names Ion and when I’m not trying to run Silver Sprocket into the ground sometimes I bang on a keyboard in some space band and we are leaving for tour tomorrow. As always if you can find me I’ll have some Silver Sprocket trash to give away and also I just started watching x-files so you should show me spooky looking trees in your town. Whats your city spelled like? Like one of these? Oh good!

(After this show we are on tour with Creepshow which is, as I understand it, a band)