Aside from being in our As You Were #2 and #3 punk-comics zines, Adrian plays in bands, has comics in Razorcake and possesses the skills to stay fed post-collapse as a punk rock farmer. Read the interview!

Ion: How did you get pulled into the mess that is As You Were?

Adrian Chi: I got pulled into the beautiful mess that is As You Were by being a part of the Razorcake community. They are kind enough to print my comic and I’m sure that’s where Mitch Clem saw Bite the Cactus. I’m a huge fan of Mitch’s work, so I was super honored when he asked me to contribute. 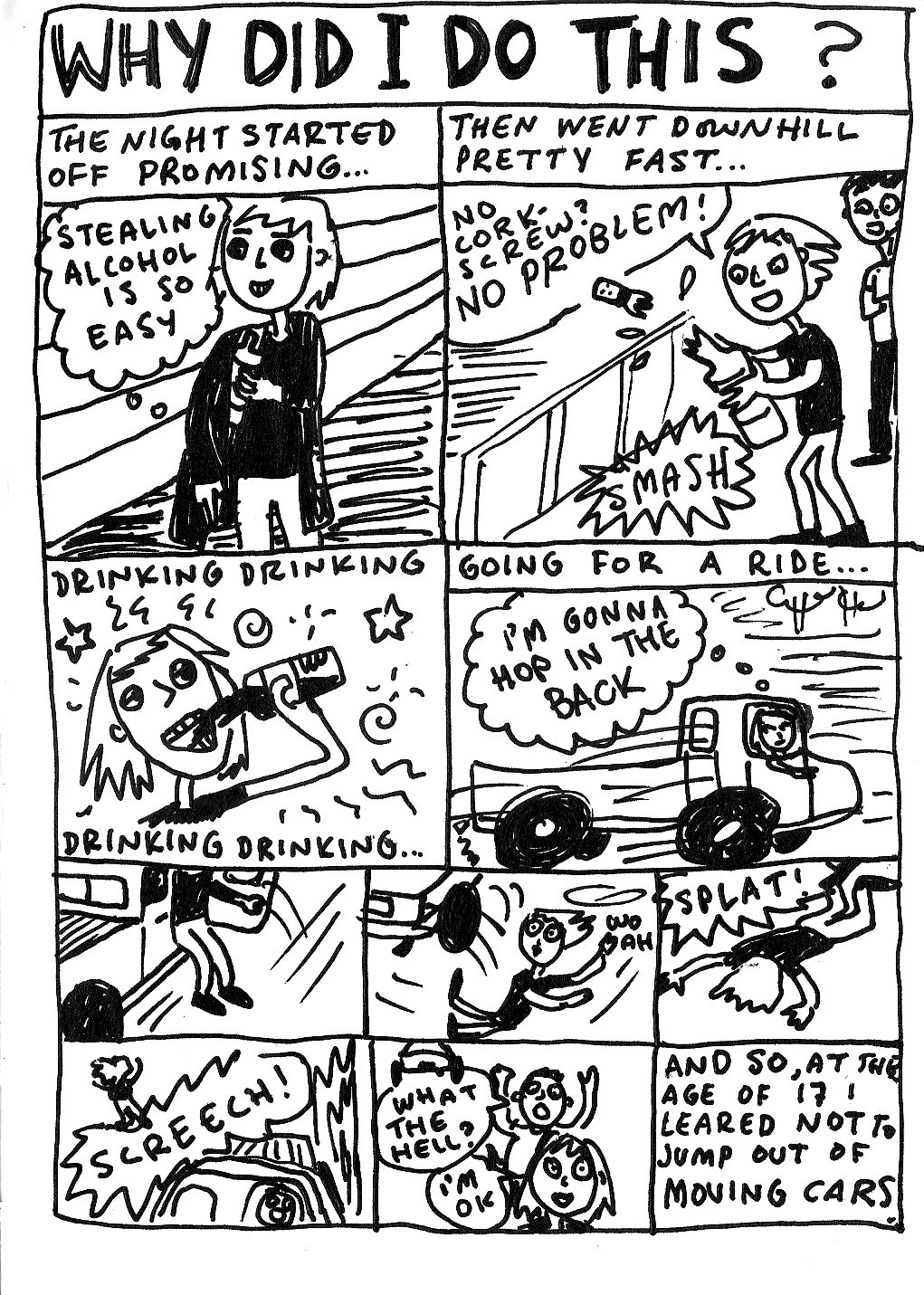 How did you begin making comics? Has Bite The Cactus been your outlet since the start, or is this the latest form in a long Pokemon-comic-progression?

I’ve been drawing cartoons forever but Bite the Cactus is my first official comic strip. I’ve always liked drawing people, and people’s faces. I went to art school and studied printmaking and watercolor painting, and a lot of my work in those mediums turned out to be pretty cartoonish. It was fun carving cartoons in woodblocks or etching them into metal. 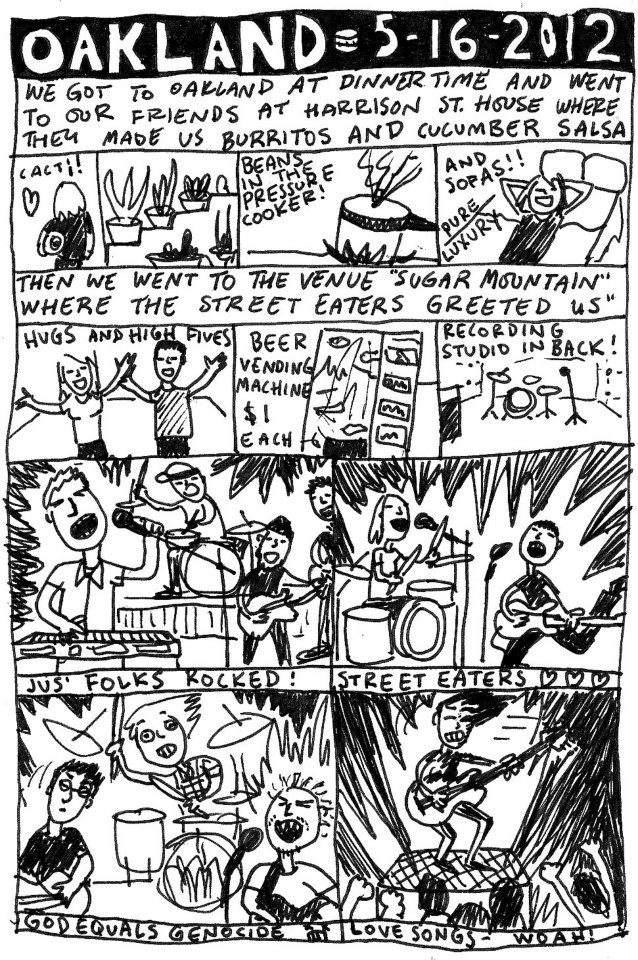 Your tour comics from the God Equals Genocide tour are A+. Tour comics are some of my favorite kinds of auto-biographical scribblings. Any plans for a sequel with Spokenest or another project?

Woah thank you! If I can muster up the energy to document our tours while on tour, I will definitely do more. Tour can be so tiring though, and since Spokenest is just my husband Daryl and me, when I’m not driving, I’m sleeping! I am planning on doing a short comic about the awesome female drummers I met on our April ‘14 tour for Tom Tom Magazine.

Also Badlands. Lets talk about Badlands. TALK ABOUT BADLANDS! Is this your first project where you are allowed to go totally hog-wild with gamelans?

Haha! Badlands is my own project, so yeah! I am allowed to do whatever the fuck I want. And since I’ve been playing in a Balinese Gamelan ensemble since 2007, I’ve been dreaming about trying to incorporate those instruments, or any of the awesome stuff I’ve learned there, into my own music. I wouldn’t say I went totally hog-wild this time, I only used a few Gamelan instruments in a couple songs, and there is still so much more I want to do with that. 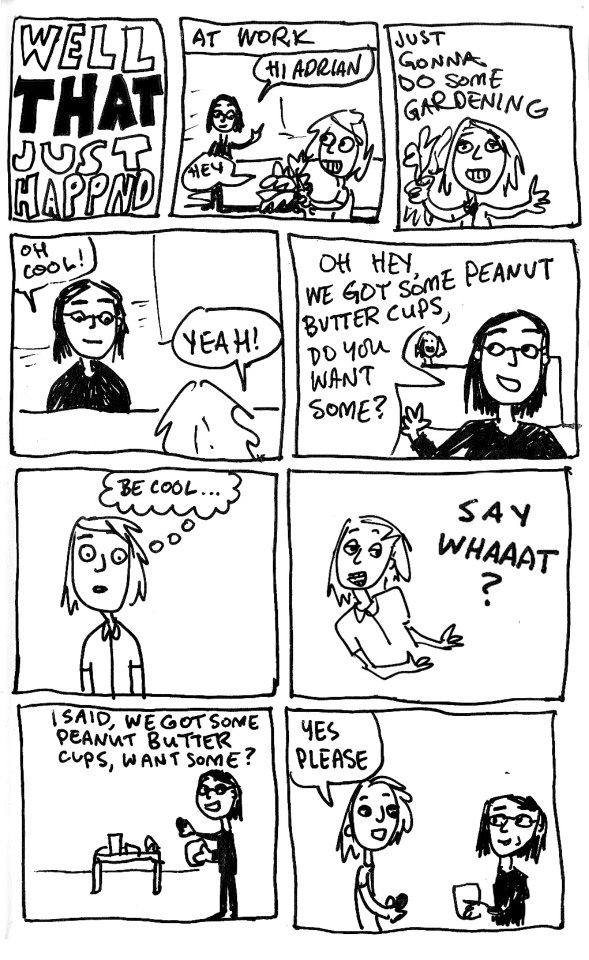 At this precise moment do you enjoy making comics or music a bit more and which would you say you are most proud of on this particular day?

I have to say I enjoy making music more than almost anything in the world. But comics and music are such different forms of expression. Both are ways to share ideas and tell stories. I love making music because it gives me an opportunity to be physical, and to be loud. My lyrics cover broader, more metaphorical ideas while my comics allow me to talk about really specific and literal ideas. I love being silly and it’s easy to be silly in comics, while you have to be in a specific mood to appreciate silly music.

Whats the difference between cacti and succulents?

YES! Thank you for asking me this!!!

A succulent is just a fleshy plant that holds water in its leaves/stems or roots, so all cacti are succulents, but not all succulents are cacti. There are thousands of succulents that aren’t poky (echeverrias, haworthias, aeoniums etc.) and if it’s squishy and has thick flesh, but not poky, I’d call it a succulent. Most cactuses have spines. There are also several types of Euphorbia that look like cactus, and have thorns, and a toxic sap that can burn your skin! I constantly hear people refer to Aloe plants as cacti, but they’re not cacti, they are succulents. Now ask me when to use the word cacti, and when to use cactuses-I don’t know

How does making music compare to making comics in the Tumblr age of instant info sharing?

I’ve found that posting fast, sloppy cartoons is more effective and gets a better response than posting a fast, sloppy audio recording. It’s just that much easier to look at a picture than to listen to something. Less clicks involved.

Are you reading anything at the moment? And if its fiction, wanna take a stab at how you think it will end?

I just finished Michael Pollan’s “Second Nature” which is a non-fiction book about the philosophy and history behind American gardening/landscaping. Since I finished it already, I can’t guess how it ends, but I can make some predictions about American landscaping that involve better water-management (especially in the arid regions), and better planting choices (using more native plants or at least plants that can survive without special treatment). Of course these predictions are optimistic and will only come true if people like me (working in the landscaping industry) make an effort to make it happen. 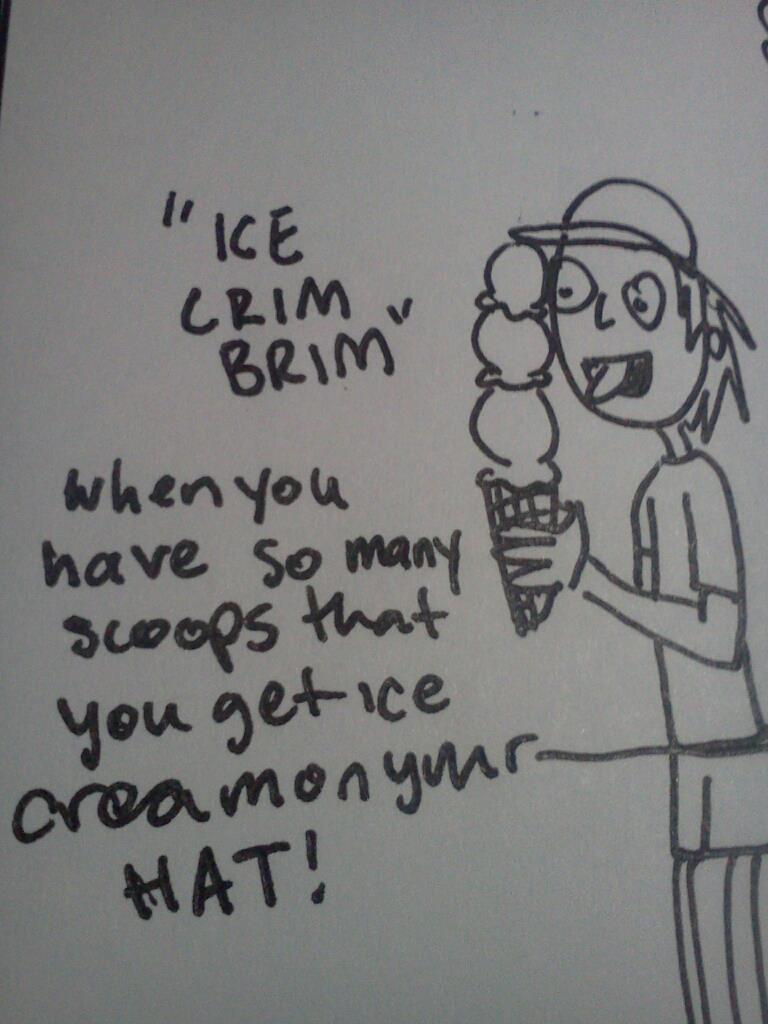 You’ve been elected president of ice cream, what flavor do you eat at your inauguration to portray that you are a strong yet personable Commander in Chief?

Oh man-I love ice cream, but seriously it’s not a good thing. If I had to tell the public something about eating desert, I would lie and say I only ate fresh fruit. Sugar is something I really struggle with because I love it too much. I could tell you all about my favorite ice cream flavors, but I wouldn’t want to influence anyone to go down that road. Fresh fruit (if it’s available) is a million times better.

An arborist once told me that in the ’80s, a crazy amount of trees were dying because they all got this one disease. So the government decided that in order to control this disease they would have to spread this microscopic bug all over the country that would somehow eat the disease (or something). The best way to spread the bugs? Release them at Disneyworld so that tourists would unknowingly carry them home with them! So they did, and the trees were saved! 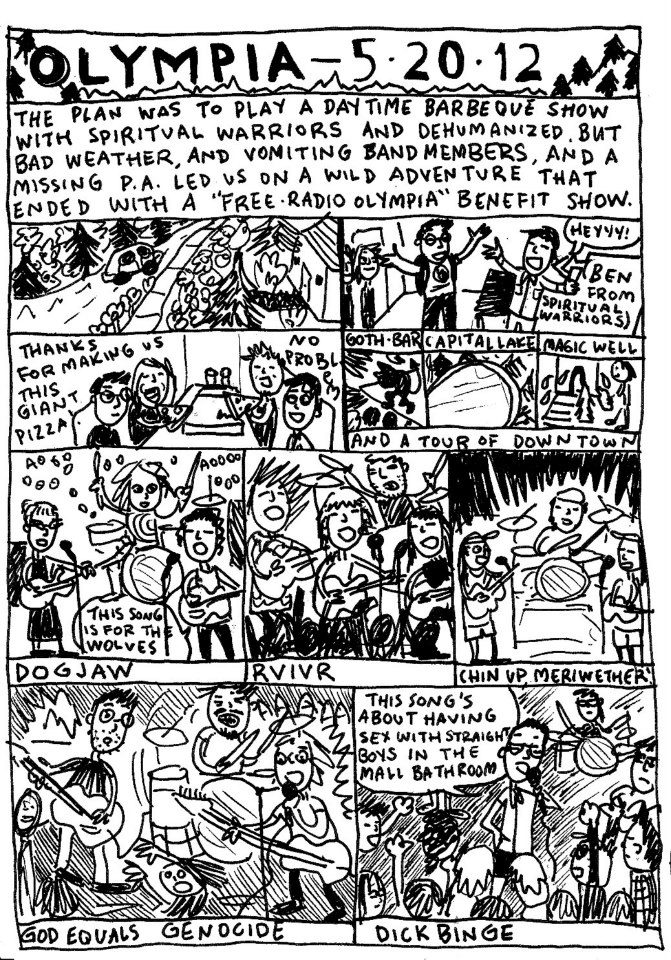 If you wanted to make a play-list for fans to listen to while reading your comics what would be on it?

If money/Time allocation/responsibility were of no consequence what would your dream projects be?

To travel the world! Touring, playing music, and seeing all my favorite succulents in their natural habitats.

Interview by Ion for Silver Sprocket. Check out Adrian’s comic at the Bite The Cactus FaceBook page, and in the 2nd and 3rd issues of our very own As You Were books! 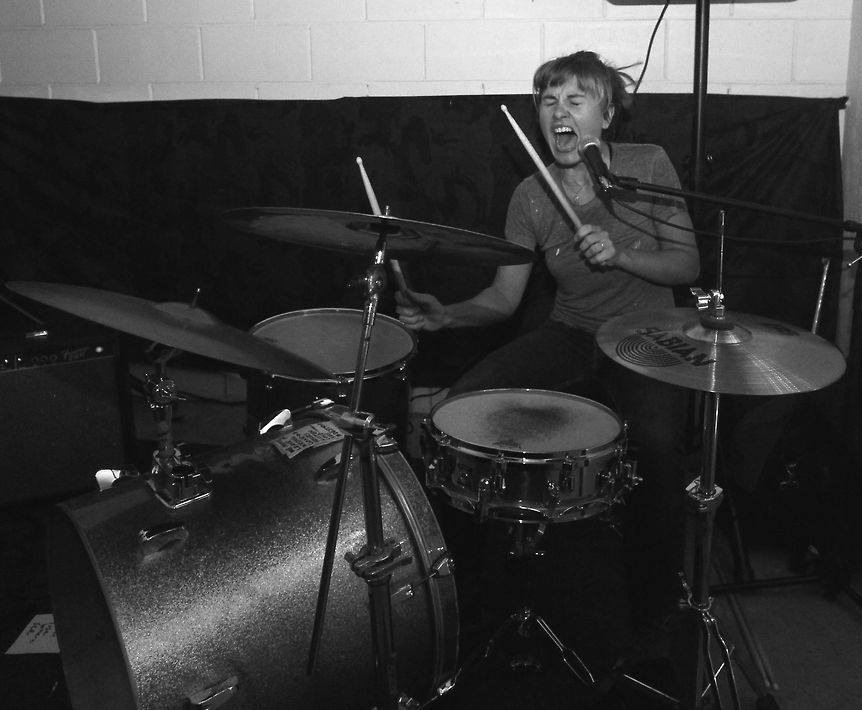