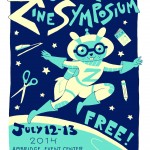 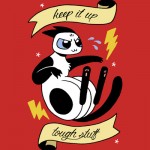 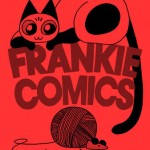 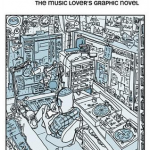 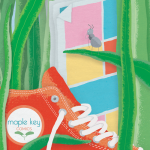 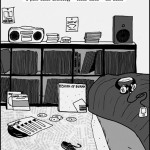 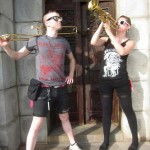 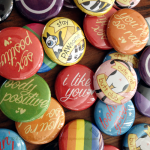 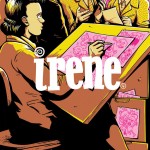 Portland Zine Symposium this weekend! Check us out at booth #24B, free haircuts, and we’re leading a panel about promoting your zine on Sunday at 11am.

New zines, comics and art-stuff that we haven’t been to Portland with yet from artists like Ferin, Ben Passmore, Liz Prince, Nation Of Amanda, Mitch Clem, Lindsay Watson, Andy Warner, D W, Ben Snakepit, Will Laren, aw crap now its a list and I’m going to miss something. Point is, come visit us, this thing is free and great. Also Friday nightpre-party at The Red and Black and Saturday night at The Zine Prom From Outer Space.

As usual, I’ll be tagging along with / tabling near my buddies from Silver Sprocket. I don’t know where our booths are but just listen for the knuckleheads yelling about punks, cats, and free haircuts. You’ll probably find us. (Update: we’ll be at table 24! See map above.)

I’ll have copies of Frankie Comics #1, Side A, Maple Key Comics #1, and Silver Sprocket will have all the copies of As You Were #1-3 and maybe even some Turnstile Comix. There will definitely be stickers, buttons, patches, and other assorted nonsense. Rumor has it we’ll even have work by our good friend Andy Warner (an editor of the Irene anthologies).

If you’re in town before the show, I’ll also have two original pages from my Beyond anthology story (written by Gabby) on display (and for sale) at the Portland Zine Symposium Art Show at Floating World Comics on July 11th. That’s pretty exciting.

The Portland Zine Symposium is an organization that since 2001 has put on events to celebrate and support small press and DIY culture. They host and assist with events throughout the year, then every summer hold a two day free conference with tablers from around the world, free workshops, and much more. The next Portland Zine Symposium starts with a skillshare event at the Independent Publishing Resource Center (IPRC) on July 11th and workshops and tabling is July 12th & 13th, 2014 at the Ambridge Events Center.