Congratulations Jenn Woodall on being nominated for the 2018 Doug Wright Spotlight Award (a.k.a. The Nipper), presented at the Toronto Comics and Arts Festival, to a Canadian cartoonist deserving of wider recognition, for the comics Magical Beatdown Vol. 2 and Marie and Worrywart.

Woke up this morning to find Magical Beatdown Vol 2 and Marry + Worrywart are nominated for the 2018 Doug Wright Spotlight Award! <3 <3 <3 pic.twitter.com/NNVD0l2kzR

Jenn Woodall is in fantastic company along with other Canadian comic artists earning the nomination, including Kris Bertin and Alexander Forbes for The Case of the Missing Men (Conundrum Press), Gillian Blekkenhorst for All-Inclusive Fully Automated Vacation and House of Strays, Eric Kostiuk Williams for Condo Heartbreak Disco (Koyama Press), and Jason Loo for The Pitiful Human-Lizard Nos. 12, 13 and 14 (Chapterhouse Comics).

We’ll see you at TCAF, May 12 & 13th in Toronto, to celebrate all of these outstanding new comics. 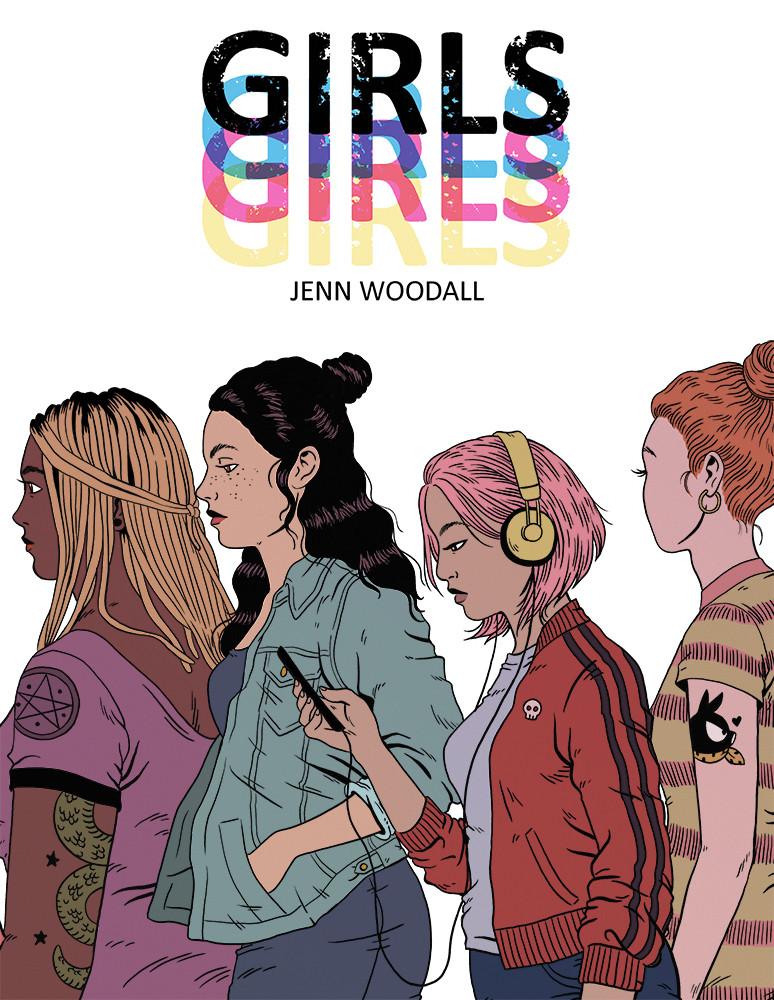 Woodall’s latest, GIRLS, will be in Diamond Comic Distribution’s May 2018 Previews catalog of new comic books on sale in comic shops this July.

The GIRLS art-show has been extended at the Silver Sprocket gallery through May 14th.