Cartoonists Who Draw in Order to Be Heard 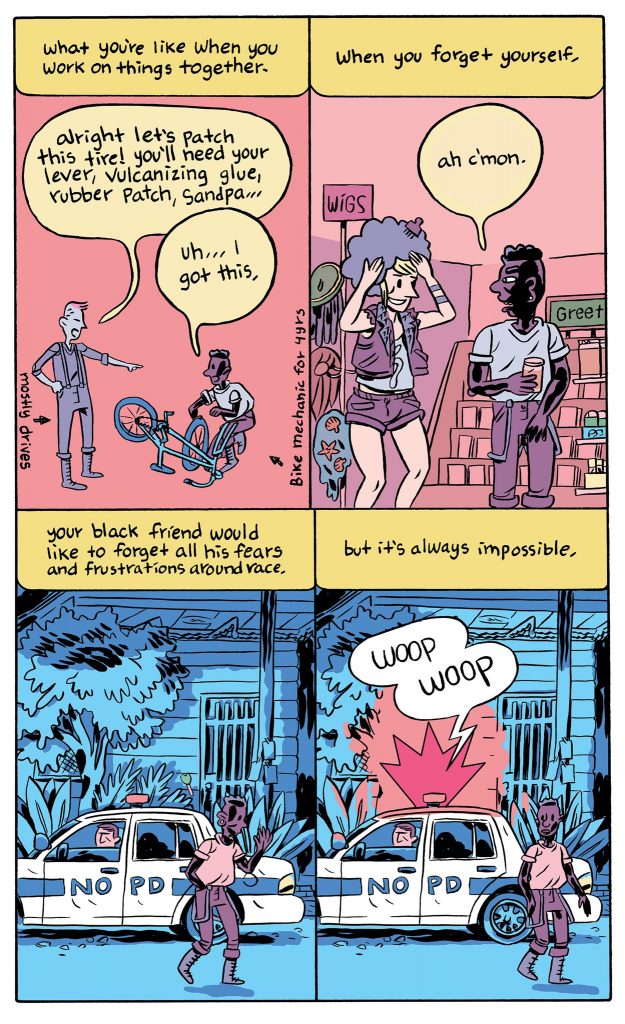 “Your Black Friend,” one of the buzziest comics in recent years, is by a young artist who cut his teeth in the anarchist-punk scene of New Orleans. Reading and discussing Frantz Fanon’s “Black Skin, White Masks” with a friend in 2016, Ben Passmore realized, as he told an interviewer, the extent to which “we, black punks, live in a different world than our white friends.” With a comics festival on the horizon, Passmore, inspired, quickly drew and photocopied his missive of alienation to debut there. The 11-page story was soon reissued as a full-color pamphlet by Silver Sprocket (a tiny San Francisco-based comics publisher that is also a bicycle club and an activist collective) and it snapped up numerous industry awards. Now Passmore is out with YOUR BLACK FRIEND AND OTHER STRANGERS (Silver Sprocket, $20), a beautifully printed collection tackling dysphoria and difference.