EXTRA EXTRA, Andra Passen lives in Brooklyn, makes comics, and worries too much. Read all about it!

Interview by Ion and Avi for Silver Sprocket

Who are, using as many swears as possible, you?

That’s either a really deep question, or I’m answering the wrong interview.

I’m that person that when riled up and angry, people laugh at because I can’t pull off all the swearing. 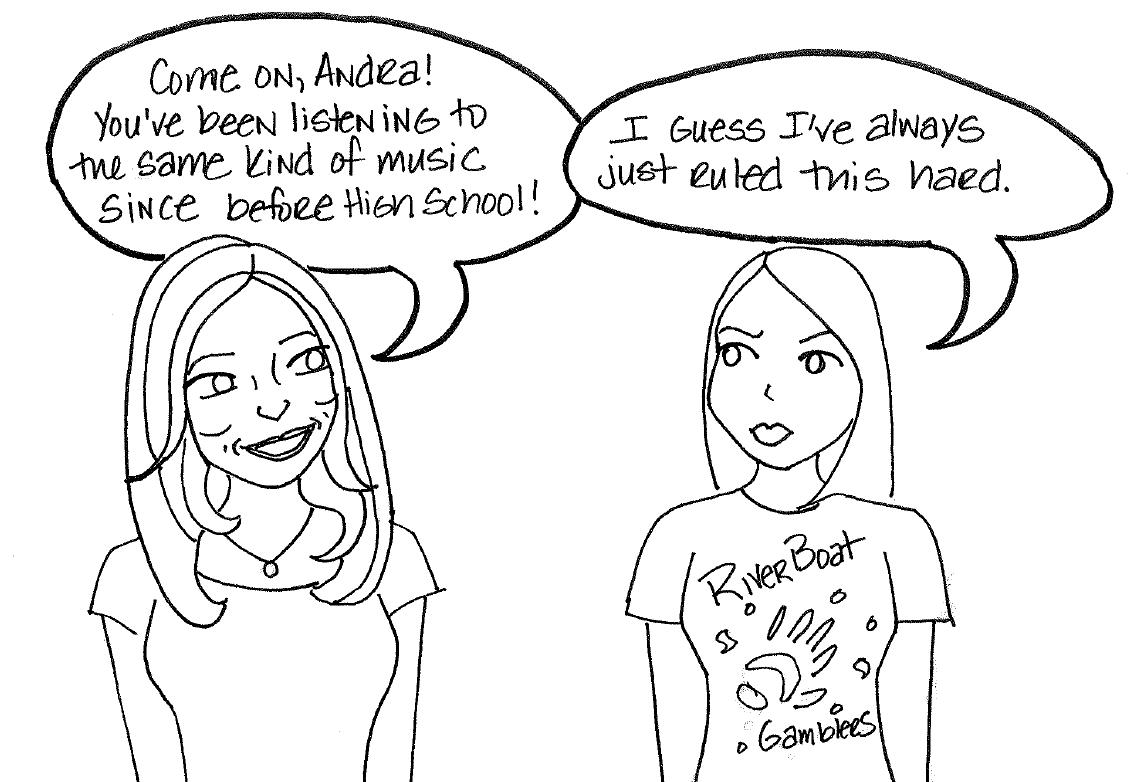 Lets get the plug out of the way, How did you get thrown into the big milkshake that is As You Were?

Being a fan of Mitch Clem’s, I noticed he had made a post that he was looking for contributors. I didn’t feel my work was ready to be shown, but the genre was too appropriate to pass up. Clicked send, took a shower, came back to no response. Went to a friends house to distract myself as I nervously waited. By the time he wrote back we were half way through Point Break – which was promptly paused as soon as I started shrieking with delight. He wrote that my comics were “actually funny”- which was startlingly similar to friends reactions since I can be pretty quiet. 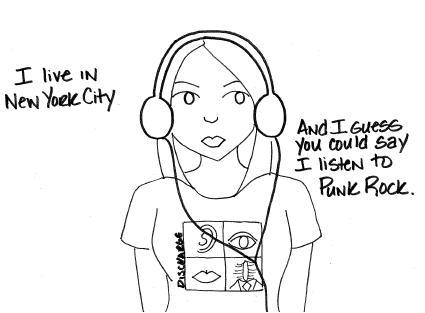 Some untrustworthy characters told me there is a vibrant independent comic scene in Brooklyn. Has that influenced your work growing up in it, or do you find you work more independent of the local hullabaloo?

It’s true and it’s completely intimidating. My friends are out there creating amazing stuff, and I’m just thankful to know them. I’m still circulating each fest as a fangirl, but looking forward to one day making my way to a booth. 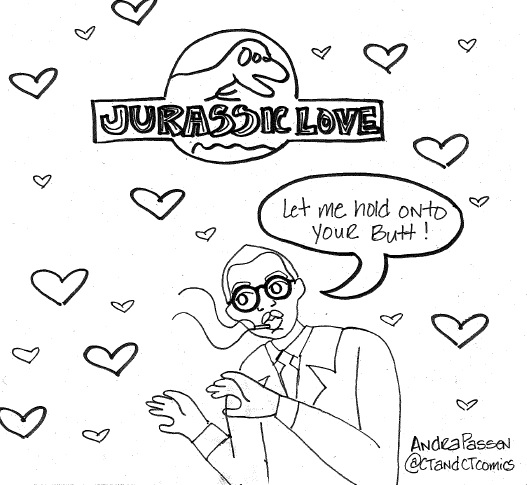 Please get way too serious about your favorite cartoon character(s)

My favorites would be Beavis and Butt-head. When I first stepped foot into a comic shop- they were the faces I immediately recognized. The Marvel line with Rick Parker was huge for me. They were my introduction to comics, and probably why I’m so sold on any idea that merges comics with music.

If money/time allocation/responsibilities were of no object what would be your dream project?

How do you think the Tumblr age of art has affected artistic community, fan interaction and artists chances of “success”?

For me it made everything less daunting. I was able to create the tumblr months before I had the nerve to begin creating the content. I like to think every social media platform can be used for good or evil. Art can get stolen mercilessly, but it’s through a web post that I got the opportunity to join As You Were. 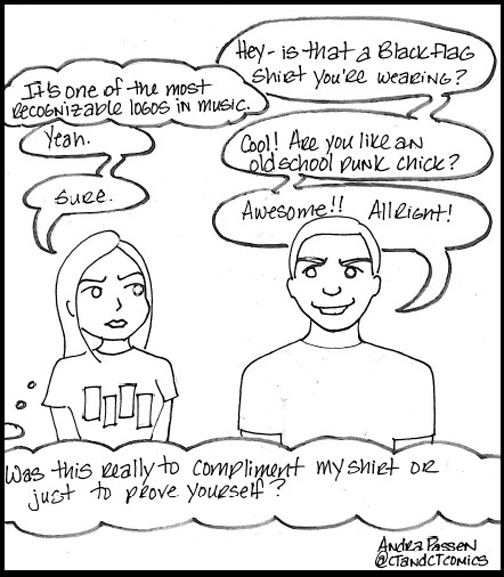 I noticed you drop Seinfeld references a couple times in your comics. I have never seen Seinfeld and people keep givin me guff over it and try to get me to watch it, but you see, i am an anarchist, therefore I refuse to listen to them on principle. Using as many references I will not get as possible, please talk me into watching Seinfeld. You have 30 seconds. *begins staring at wrist-watch*

Seinfeld made a point to include a Superman/comic reference in nearly every episode, so it seems fair that comics return the favor. In this case though it was far less intentional, and probably a result of Seinfeld still being on air the last time I had a tv (cause you know, anarchy).

Whoa, I just looked out the window and there are kids literally playing in a broken fire hydrant like its the 1970s! Does that mean its summer? Good. If you were to make a summer jamz playlist for everyone what would be on it?

Lifetime and Latterman and maybe any band that starts with the letter L. 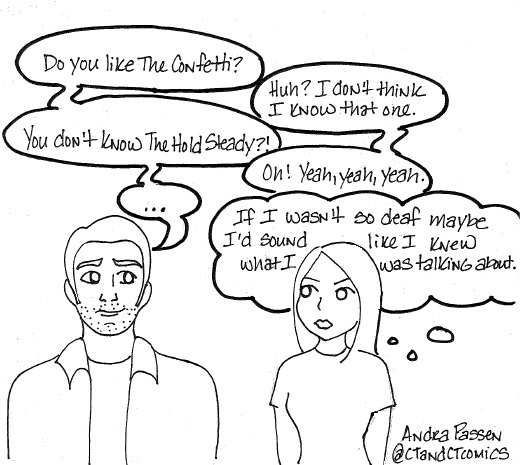 Are you hoping to make your art a full time gig? If its not already how do you spend your not allocated scribbling time?

It’s been the outlet for the right side of my brain, as my left is preoccupied with making a living in advertising. My goal is just to have my own book on the shelves of a comic shop one day. 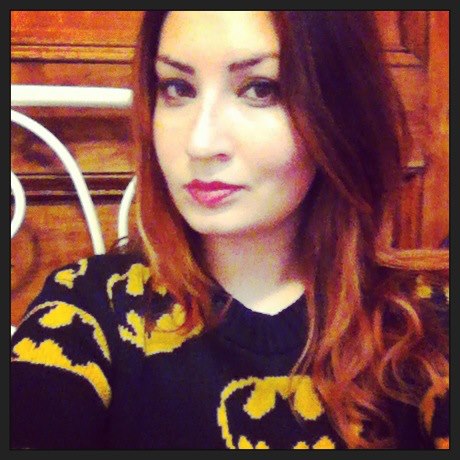 Andra Passen’s comics are online at Crowded Thoughts And Crooked Teeth and in the pages of our very own As You Were comics!