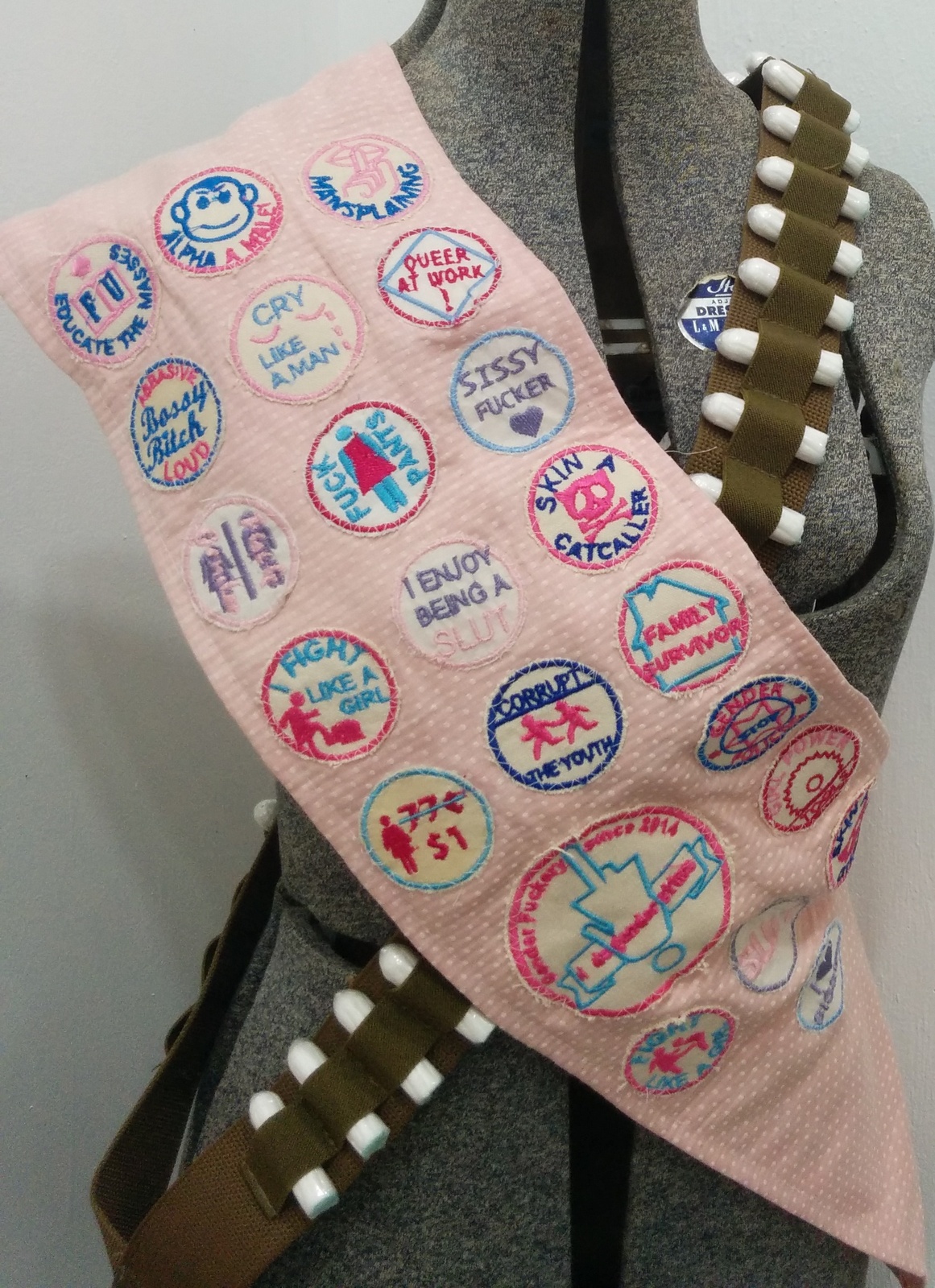 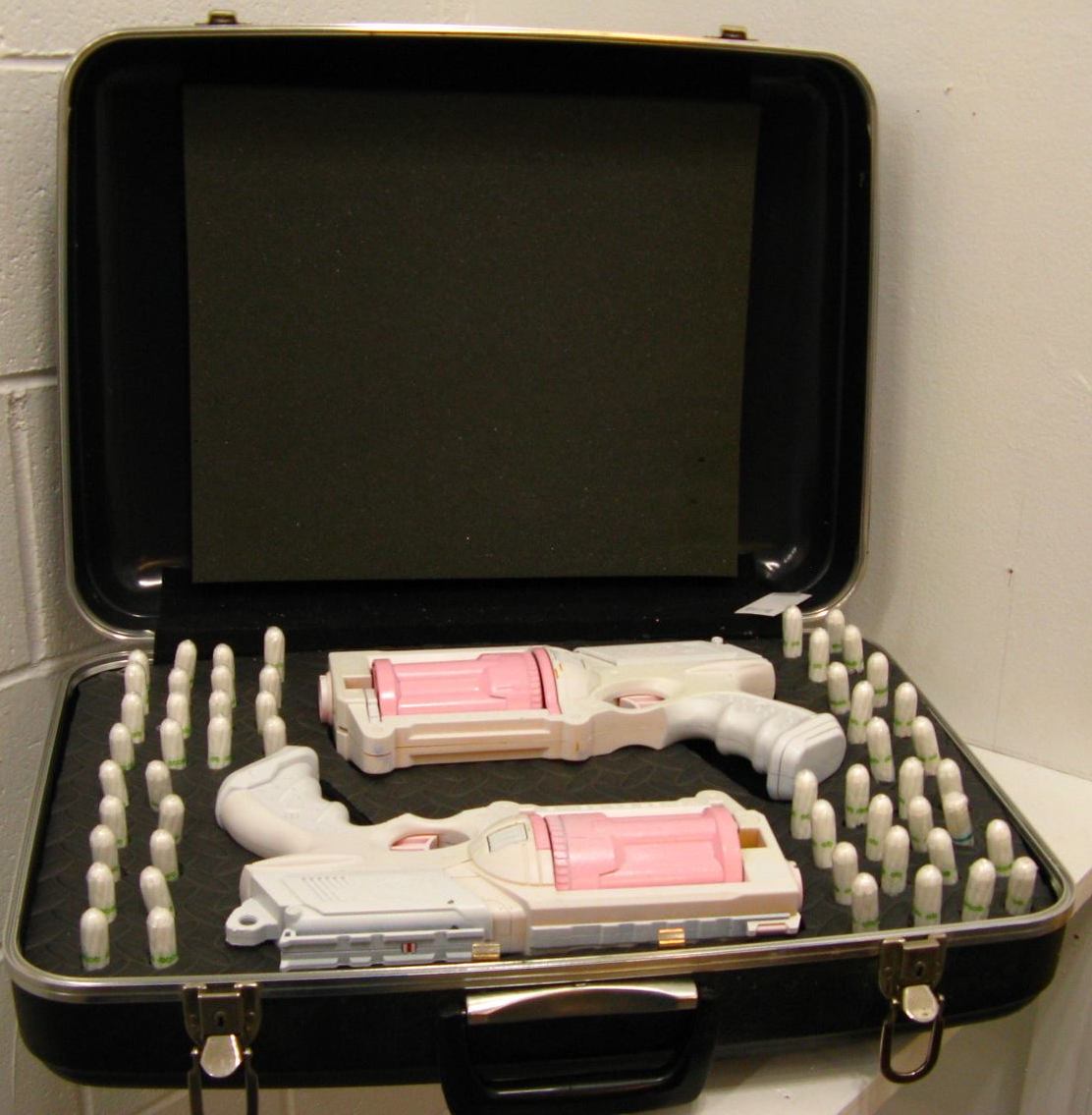 From our Degenderettes art show currently running at Mission Comics, a selection of merit badges designed by Sara Sherman that members earn for accomplishments such as “Skinning a Cat Caller”, “Queer At Work”, “Sissy Fucker”, “I Enjoy Being A Slut” and “Fight Like A Girl”.

Also by Sherman, a selection of “Nerf” toy weapons re-purposed into pink “Tamponator” guns to destroy your enemies in a hail of feminine hygiene products.

These Degenderette Merit Badges are are an encouragement and reward for people to challenge behavior that boxes us all into unnecessarily rigid gender roles. I leave it up to each individual to determine when/how they’ve earned a badge, though Dax likes for people to tell stories about how they earned them, so we can share with each other the ways in which we’re fucking with the bullshit dominant paradigm.

Someone might earn a badge by shushing a mansplainer, coming out as genderqueer to coworkers, challenging their family to accept them for who they are, pushing the parents they know not to inculcate their children with unnecessarily limiting beliefs about gender, or presenting themselves to the public in often-uncomfortably non-gender-stereotypical ways.

How about these Tamponators? That was amazing, Mission Comics was a war-zone for the entire show! How did these come into being?

Those are something I’ve been doing for years, and I love them because they’re so much fun and they controvert the silence and sense of taboo around “feminine products.” Half the population uses tampons (or other alternatives) every month, and yet we whisper about them and hide them away in our bags as if they’re a dirty little secret. Well I say fuck that shit, I won’t hide them any more! So I shoot them at peoples’ heads =)

I suppose the gun is also an apt metaphor for the connection between tampons and toxic shock syndrome, which, while rare, does kill or maim women every year due to tampon use. Part of the initial impetus for the Tamponators was that I changed from using tampons to using a cup, which is supposedly safer, and since I had a bunch of left over tampons and a nerf gun, one thing just led to another….

Why are you a Degenderette?

I’m a Degenderette because the gang is all about gender fuckery and challenging the status quo on how we think and behave in terms of gender, which has always been an important tenet in my life.

The Degenderettes show runs through June 29th at Mission Comics in San Francisco, CA. Check out The Degenderettes on FaceBook, and find Sara Sherman on Twitter @GeneralSSherman. Photos: Alexis Babayan