Previous Next
Interview with Sam Grinberg 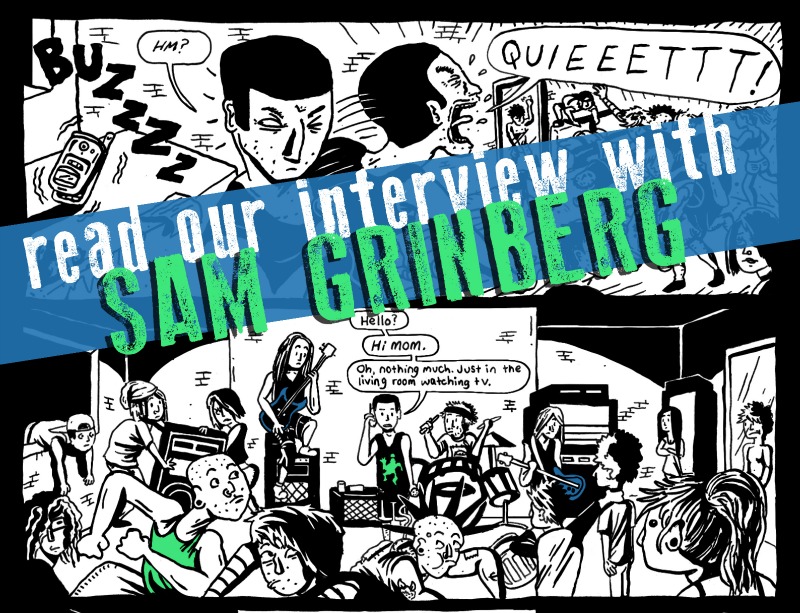 Even though As You Were contributor Sam Grinberg really likes ska music, we still think he’s a cool dude. Read on to discover more, including all about his first animated short film, his work on The Simpsons, and how drawing superheroes made him want to be an artist.

I discovered As You Were two years ago when I moved to LA and attended LA Zine Fest for the first time. I bought a copy, LOVED it, and got in touch with Mitch Clem. I showed him my stuff and then was lucky enough to later contribute to AYW #4!

Right now I’m working in production at The Simpsons. I also make comics and stickers and table at as many comic/zine shows in the LA and NYC area as I can! I also love show flyers; I’ve been doing a lot of those lately.

How did you get into drawing? When did you know that you wanted to get into cartoons/animation?

As long as I can remember I’ve been drawing. The earliest memory I have of deciding to pursue it as a career was in second grade when our art teacher told the class to “create your own superhero.” The superhero I created stuck with me and I then decided that

[I was] going to try to make my own animated show. (Oddly enough, I don’t even draw superhero comics at all.) Since I was only a kid at the time and had no idea how to animate, I started creating stapled folded paper comics with my characters. My interest in comics grew out of that, and I later I attended The School of Visual Arts, where I really got a great education in art and comics from some great cartoonists. 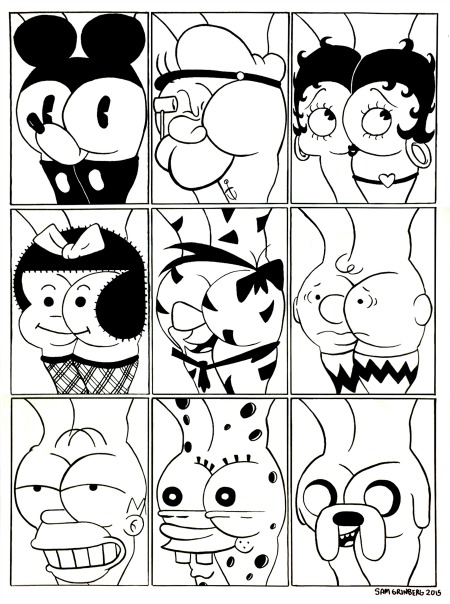 What do you do on The Simpsons? How did that all come about?

I interned for about a year which lead to the job! Right now I’m a production assistant on the show, so I’m basically on call to help out with any tasks that come about. I do a little research, reference, work with coordinators to make sure the shows run smoothly, etc.

You have a couple different comics on Curbed that are historical in their contents, and they’re really cool! How did you get into doing these? Do you have more planned? What is harder—the research and writing or the drawing?

They’re both hard in different ways. The technical aspect of drawing is always going to be challenging. The research is difficult in its own way also; I had to sort of become a detective when it came to the Chelsea Hotel comic. I really researched a ton and tried to talk to as many people as possible who were associated with the hotel over the years.

Curbed was looking for writers for their site, and I mentioned that I’m a cartoonist and would love to do something different, like a comic essay. During college, I walked by the hotel every day on the way to school and never stepped foot inside, so this comic was a chance to learn more about it. They were really into the idea and we decided to do the piece on the Chelsea Hotel. Right now I don’t have more planned, but if I do another one it would most likely be centered in LA since I live here now. 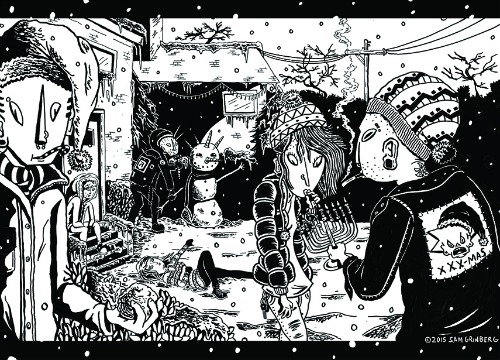 You released a mini comic, Scumburbia, in 2015. Is that autobiographical in nature?

I’m technically still working on the first issue of Scumburbia. Right now, I have a short 16-page comic released (Issue #0) that features one of the two stories I plan to include in the first issue. I grew up in suburbia around a lot of metal heads and punk kids, so I always wanted to tell stories loosely based on my high school experiences. Each issue will have an entirely different story!

What can you tell us about Heart-Ache?

Heart-Ache was my first ever animated short film. It was originally going to be a comic while I was in undergrad, but once I entered grad school at UCLA, I decided it would work way better as a film. It’s a black and white surreal love-ish story. It’s currently on the festival circuit (just screened in Silicon Valley at Cinequest and will screen at the Melbourne International Animation Festival next). I’ll probably put it online after! 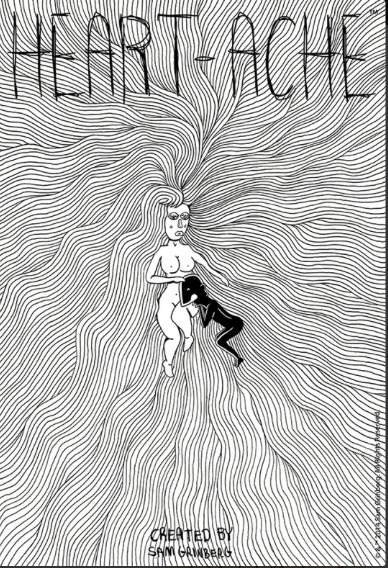 That’s a really hard question. I’m not sure. I don’t think I have that one singular “piece” yet that exemplifies me as an artist. I’ll probably be figuring that out for a while, and when it happens I’ll get back to ya.

That’s also a hard question! I’m not sure if the stuff I read is anything like the comics I make. BUT, here’s just some of my favorites off the top of my head. City of Glass is one of my favorite comics by David Mazzuchelli. Some favorite cartoonists of mine are Charles Burns, Jeff Smith, Art Spiegelman… (the list can go on). I pick up as many interesting comics as I can from all the shows I go to; there are so many great cartoonists working now. In recent memory, I picked up this really cool comic, Windowpane, by Joe Kessler. 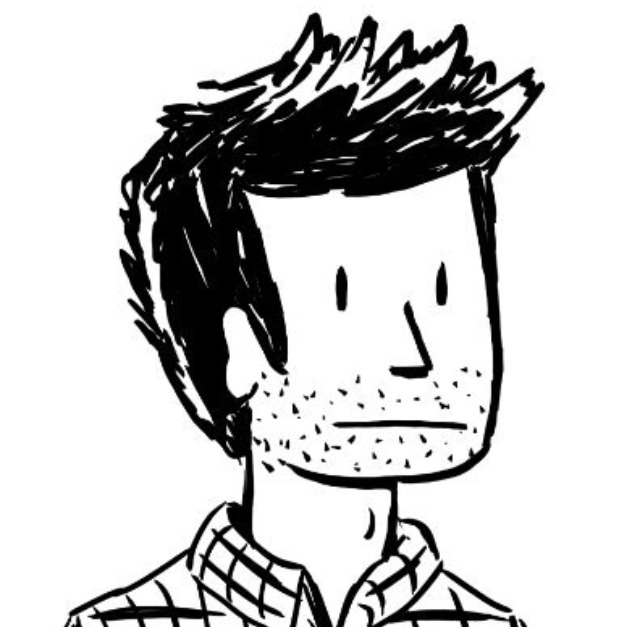 You can read Sam’s contribution to As You Were: Living Situations by buying a copy in our store. Check out more of his art on his website and be sure to follow him on Tumblr and Instagram.