Previous Next
Interview with Nomi Kane 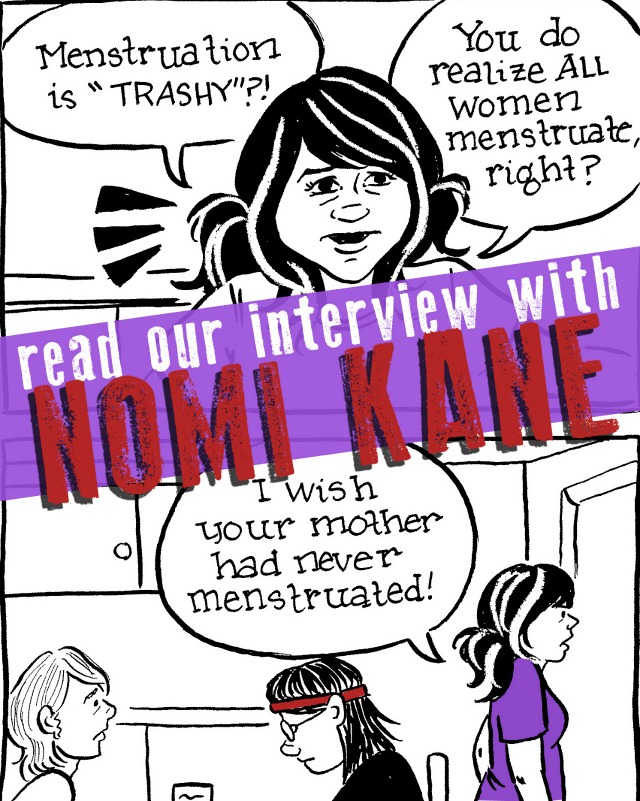 Nomi Kane made her As You Were debut with our Living Situations issue, and we really dig the way she uses her art to talk about important issues like feminism, politics, and race. To find out more about her time studying cartooning, her day job working with Peanuts, and the terrible roommate in her piece, read on.

I was super excited to be invited to participate in AYW #4; I’d read the earlier issues and really enjoyed them, so contributing was kind of a no-brainer. I’m a Staff Artist at the Charles M. Schulz Creative Studio by day and a self-publishing cartoonist by night.

Your resume shows that you’ve been pretty entrenched in the fields of writing and drawing for many years (not to mention studying them for your BA and MFA). How did working these various jobs and studying them in college help you become better at your craft?

YES! I’m an alumni of the Center for Cartoon Studies (2011), the tiny MFA program in the tiny town of White River Junction, VT, just for cartoonists!

I’ve been doodling pretty much since I learned to hold a pencil, but it actually took me a long time to realize that I could dedicate my life to it. CCS is probably the best thing that ever happened to me, partially because the students and staff there provide such great instruction and support, but also because there’s no replacement for taking two whole years of your life to do nothing but draw comics. You grow exponentially as an artist when there aren’t any other things taking up your time and energy.

I think CCS also taught me that I never have to stop learning and growing and honing my craft—I spend a lot of time to this day looking at comics and art other folks are making and trying to reverse engineer how they made them and incorporate those skills into my own work. You didn’t ask this, but I think style is always an amalgamation of all the things you’ve loved and absorbed, so the more cool art you take in, the better an artist you’ll be. 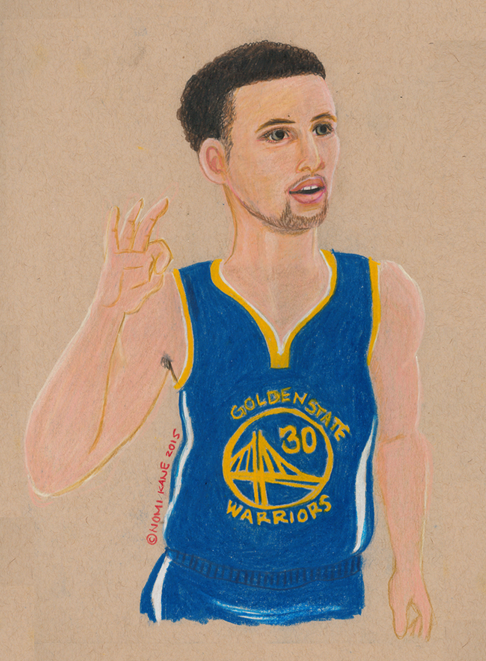 How did you get into drawing? What is your process like? What is your workspace like? With such a wide variety of art, is there a medium you prefer over the others, or do you like switching it up?

I’m pretty sure I was born drawing—and there were so many adults in my life who encouraged me. My parents and all of my extended family and friends were always extremely supportive of my interest in creating. I was the kind of kid who would make something out of literally anything. I’d sculpt things out of the Babybel cheese wax; my mom still has this silly covered wagon I made out of Post-Its pulled by oxen I made out of paper clips when I was eight and she left me alone in her office for 10 minutes; I was that kind of kid.

These days I do a lot more work at home than I used to. I have this tiny red drafting table that’s probably the material item I love the most in the world. I still like working in a cafe when I can, especially one with outdoor seating; being outside sometimes helps me think.

My first love will always be pen and ink, but lately I’ve been really into colored pencils and pastels. I’m not sure these are practical for longer form stuff, but for one-offs and illustration, color is so much fun. If you’re experimenting with these, I highly recommend the Faber-Castell Polychromos colored pencils. They’re really creamy and layer/blend better than any others I’ve tried.

Your comic for As You Were addresses a roommate who is seriously shitty. We also love that you talk about menstruation in it. Do you have more to say about it?

AYW gave me an opportunity to finally tell that particular story: about a Craigslist roommate who had some really deep serious issues when it came to women. Even looking back on that experience eight years later, I can’t even begin to unpack what must’ve been happening in his mind. It’s always boggled my mind that menstruation, an everyday occurrence, is something that no one is allowed to talk about. This roommate not only didn’t want me talking about it, but he didn’t want there to be any evidence anywhere, in my own house, that my body sometimes underwent this process.

I definitely fantasized a lot about making a garland of used tampons to hang above his bed—but even that seemed like it was too much effort to expend on someone the point would be totally lost on. The silver lining of this story is that my other roommates (and close friends to this day), Jeph and Derek, were super supportive and helped me remember that there are a lot of dudes who don’t hate women and are really great. 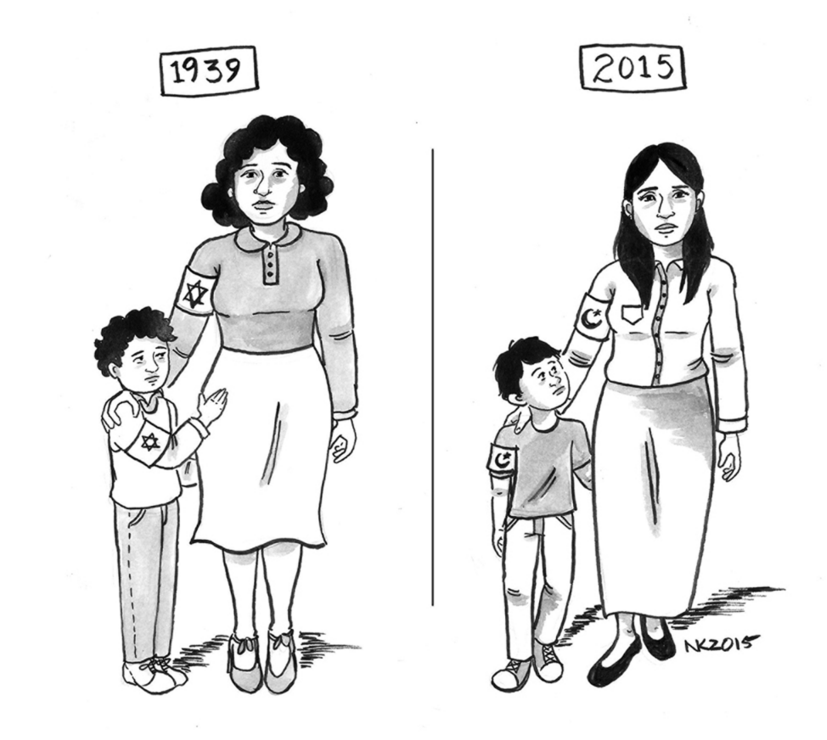 A look at a lot of your other work shows strong feminist and political themes. Why is covering these themes important for you? Do you do much autobiographical work in your comics too, or do you prefer to stick to social commentary?

For a long time, I did almost exclusively autobiographical stuff, but I think everyone gets a little bored with themselves after a while—and your own life is a well you can keep coming back to forever, whereas covering current events forces you to seize the moment a little bit more.

I think we’re also going through a really strange and scary shift as a society that disturbs me so deeply that it’s just kind of crept into my work. We’re seeing all the racism and homophobia and transphobia and xenophobia and misogyny that has always been bubbling just under the surface really boil over into something dark and increasingly oppressive and violent.

I guess I subscribe to the belief that there are no innocent bystanders; you’re either part of the solution or you’re part of the problem, and with that sense of responsibility in mind, what I can contribute to this national dialogue is art that reflects my feelings on these issues. It’s therapeutic for me to process my feelings through drawing, and I hope that sometimes it helps other like-minded folks articulate their feelings to see it expressed in comic form.

Your day job is working for Schulz Studio. What kind of work do you do there? How does that work impact your personal work?

I LOVE working for the Schulz Studio—it’s totally a dream job. Part of what we all do there is essentially brand management; we look at Peanuts product that licensees all over the world want to make, and we help steer them toward meeting the official Peanuts guidelines. The basic principal is we want Peanuts, even on a toothbrush, to remain as true to Schulz’s original creation as possible. So, you’ll see Peanuts characters on product or on advertisements, but you’ll never, for example, see Charlie Brown saying something like “I’m a winner and Colgate is my favorite toothpaste!” I also do design and illustration work there so, y’know, super fun stuff like: designing items for Comic-Con; I just made a set of Peanuts emojis; we do the BOOM! monthly series in-house… that kind of stuff.

On the one hand, having a full-time gig definitely takes up most of the time I used to spend on my own work, so output is way way down. BUT, I also think that working on Peanuts has probably improved my technical skill just as much as the two years I spent at CCS, so with that in mind, the time seems like a small price to pay for being happy to get up and go to work in the morning.

What does 2016 look like for you? Do you have any personal projects planned or any anthologies or collections you will be contributing to?

Ooooh, 2016, so full of possibility! I’m going to do my first 24-hour comic this month, which I’m pretty excited about. I’m also thinking about starting a Neil deGrasse Tyson fanzine! I’ve edited several anthologies in the past (Lies Grown-ups Told Me in 2011, Wings for Wheels in 2013) and it’s a lot of work (as I’m sure you know!), but I think this is a topic I’m enthusiastic enough about that I’m ready. I also want to find the time to finally write the script to this summer camp story that’s been bouncing around my head for a year or so. 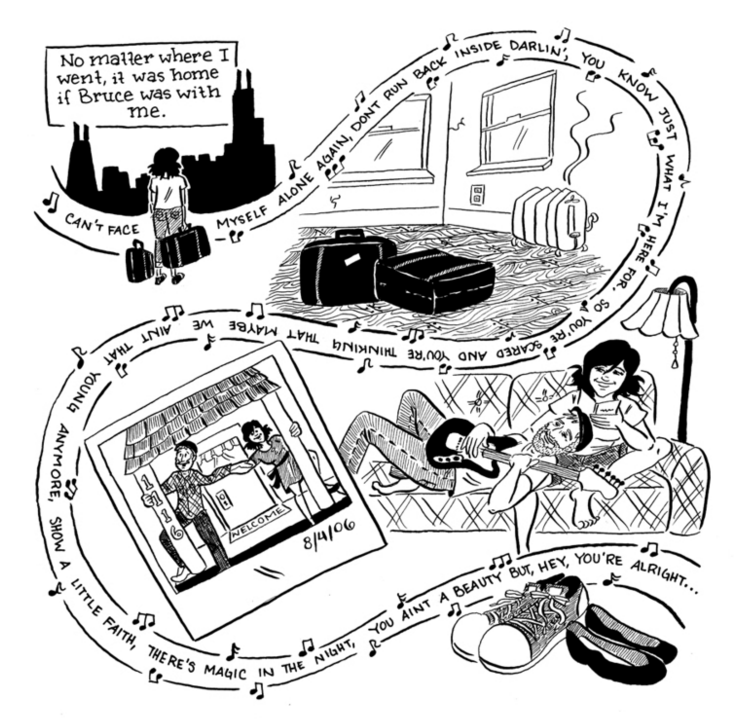 I think probably my story from my 2013 anthology Wings For Wheels, which was a tribute to Bruce Springsteen. The anthology a) shows off my love for the little details (it comes in a 7″ record sleeve and the cover is hand Mod-Podged so it looks like a real record) and b) my story in that book is sort of an overview of my life from ages 5 to 25 through the lens of what this music has meant to me—and music means A LOT to me. 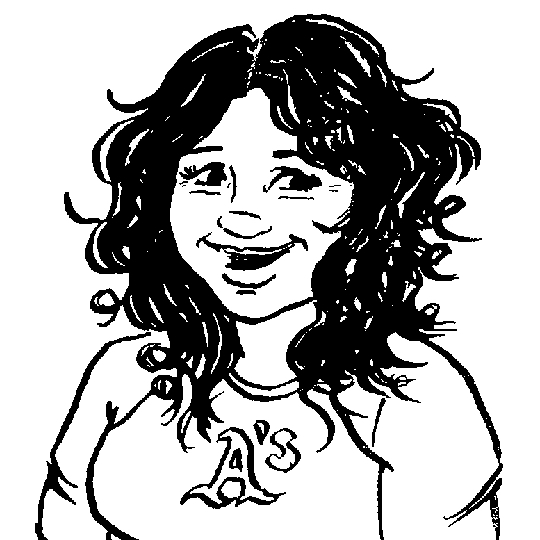 See more of Nomi’s artwork and social commentary over at brewforbreakfast.com and nomikane.com. And don’t forget to pick up a copy of As You Were: Living Situations from our store.