Previous Next
Redbubble Uses DMCA to Disruptively Steal From Artists

Thanks Samantha at MOTHERBOARD / VICE for covering our ongoing Redbubble nightmare! 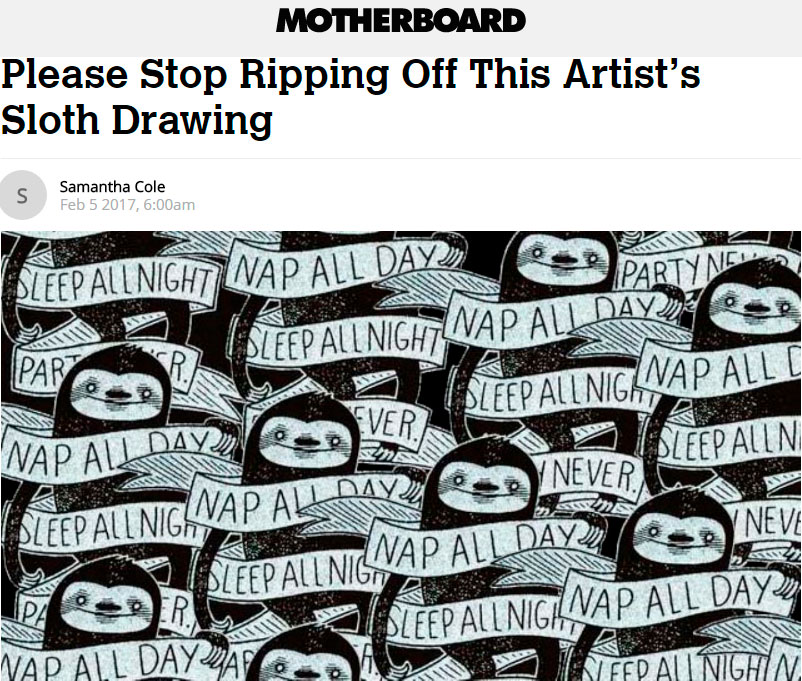 Read the article, then come back:

TMI, but for anyone interested in some really important details left off the article:

Ehrlich said they offered to let him talk to their lawyers about it, but he declined, saying he’s not interested in taking legal action yet—he just wants to know whether they care. “I’d rather be doing literally anything else,” he said.

We have NOT declined to talk to their legal department. We would love to have a conversation with a human, any human, at Redbubble about this and they refuse. While in their office they told me only that the legal department would get back to me, and they still haven’t a full month later.

We have talked to lawyers but are advised that they’re probably covered by the DMCA and we wont get anywhere with it, so public shaming is all we have.

Redbubble’s competitors use free open source software to match user uploaded graphics against a database of content they know they aren’t allowed to print specifically to avoid this problem, but Redbubble chooses not to do this.

Redbubble generates revenue, according to their shareholder prospectus materials, through a service fee for connecting the artist, customer, and fulfiller. They act as none of the above, but similar to Silver Sprocket, are a marketplace middleman for artists and customers.

I sat in their lobby with these twenty bins of outgoing orders while waiting for them to figure out what to do with me:

little known legal loophole:
if your art is stolen by @redbubble they have to buzz you in and let you steal it back* pic.twitter.com/bbT6KcxbfE

Correction, 8:06pm: An inside source reports that these bins of mail were “Return To Sender” and not out-going mail, that RedBubble has outside companies handle production and shipping specifically to get around DMCA. The packages are still in envelopes with Redbubble branding as if they were from the company, which to me makes these 3rd parties “agents of Redbubble” and part of the process, but I’m no lawyer. Can anyone help us out here?

the letter i handed them,

*IF ONLY
But handed @Redbubble this note.
They said the legal department will get back to us.
Would rather hear from Not Being Shitty Dept. pic.twitter.com/YcXS16tnag

You can get Amanda’s actual real merch here:
https://store.silversprocket.net/amanda