Fighting For a Better History by Ben Passmore

Previous Next
Fighting For a Better History by Ben Passmore 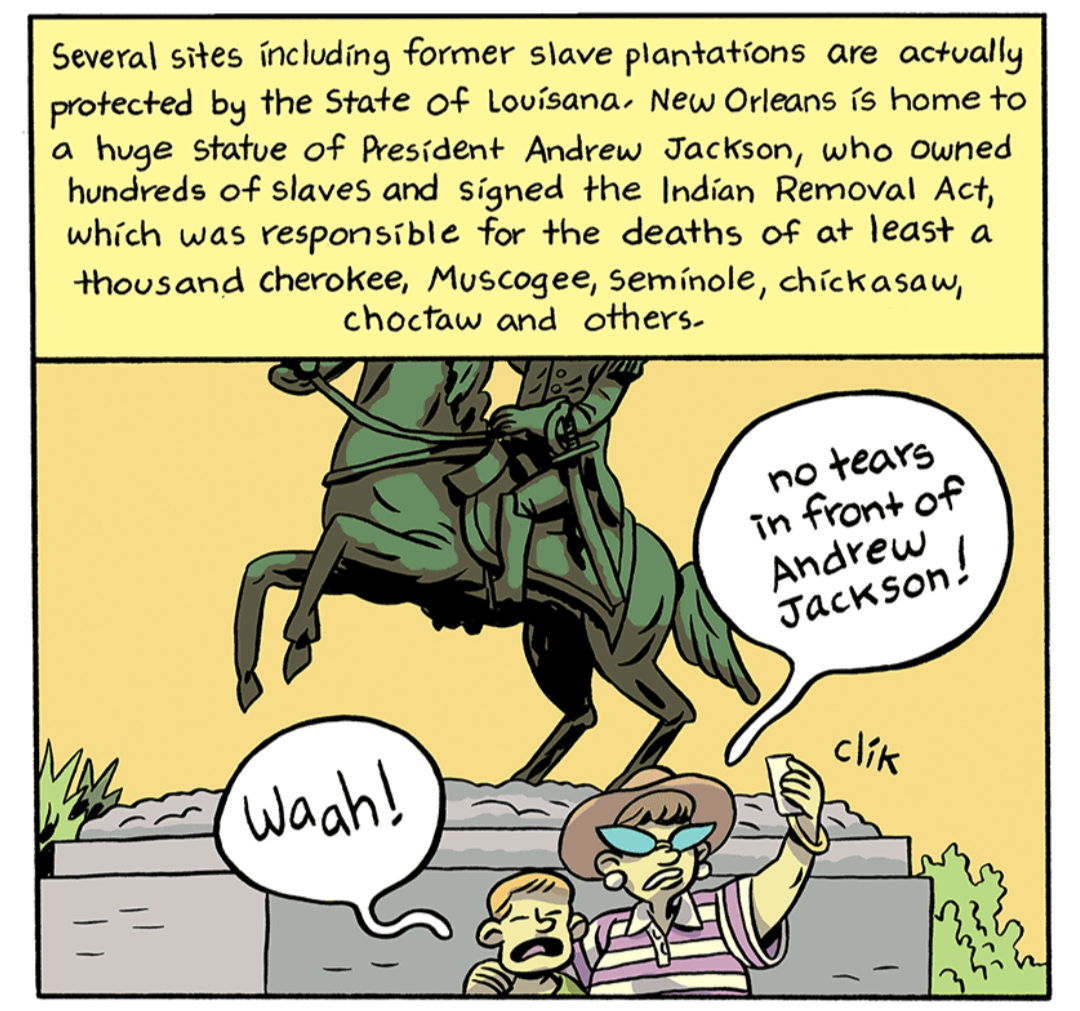 A Movement in New Orleans is Fighting for The City’s Many Confederate Monuments to be Taken Down by Ben Passmore.
Read it on The Nib.

About the comic, from Ben Passmore’s Patreon:

Here’s the story I mentioned before about Take Em Down NOLA and the struggle to remove Confederate Monuments.

I started this story in December but there hasn’t been much change in the last couple months. The monuments are still standing. During the New Orleans’ anti-inauguration protest that Take Em Down was part of organizing 15 people were arrested and are being charged with multipule felonies and the NOPD chief has sworn to arrest anyone trying to conceal thier faces. The article about the protest says that two police went to the hospital, I have to be honest and say I’m a bit skeptical about that. NOPD are very hapless. I once watched a police captain twist his own ankle trying to strange a college student during a college student strike. They rushed the injured officer off to the hospital and the headlines all read like the striking students and the police were fist fighting.  Incidentally the day was the first time a cop waved a gun in my face!

I asked Anthony (who I interviewed but didn’t end up putting in the story.) from TEDNOLA what Trump’s election will mean for the effort to remove symbols of white supremacy:

“I think that is strengthens the other side. I mean We’re still doing our work. But it makes the opposition harder. On the flip side people are more understanding of the connection between what we’re doing and the symbolic nature of white supremacy and how it’s actually playing out today. If you look at how it’s advanced from Charleston, while TEDN is in existence, we’ve been explaining what’s happening and then seeing more of it. We’re being seen as people doing the right thing. If anything the stakes are just higher because we have more support but so does the other side.”

I think that reflects part my complicated feelings about the “political environment” right now. I see more people expressing my feelings about the state of the country, which is nice but also is a responds to a lot of emboldened libertarians, neo-cons, and xenophobia coming out of the cut, as well as Drumpf going hard in the paint with his crazy executive order, cabinet appointments, and his general antagonism toward everything including facts.

It feels weird to me that some many people are just now feeling alarmed. For me this current proliferation of direct actions and spreading critique of the government started with the murder of Trayvon Martin, sometimes with energy ebbing only to re-surge when we hear of the police killing another black man. I think that’s been true for a lot of my anarchist and black friends, and source of frustration we feel toward mostly white liberals who are feeling a brand new energy to be out on the street. I’ve heard several versions of “We’ve been feeling a sense of fear and crisis for at least the last five years, where were y’all then?” from A LOT of my woke black people since January. I’ve felt that way too, but at the weeks that feel like years go by and more newly woke white liberals catch felony charges for standing in the street with cute signs I’m starting to soften.

That’s not to say I’m into prioritizing unity over ideology. Those of us that think the systematic oppression of anyone for another’s benefit, have nothing in common with anyone who’s politics are predicated on participating in that oppression, whether the participation is passive or not. I’m just saying I see you out here.

There’s some people raising funds for protesters that are facing charges here. I sent that last couple patreon donates to them, I figured y’all would be into that.

March is comin so that means moar BTTMFDRS and hopefully another NIB piece in April. There was a prisoners strike in Delware I’d like to write about. 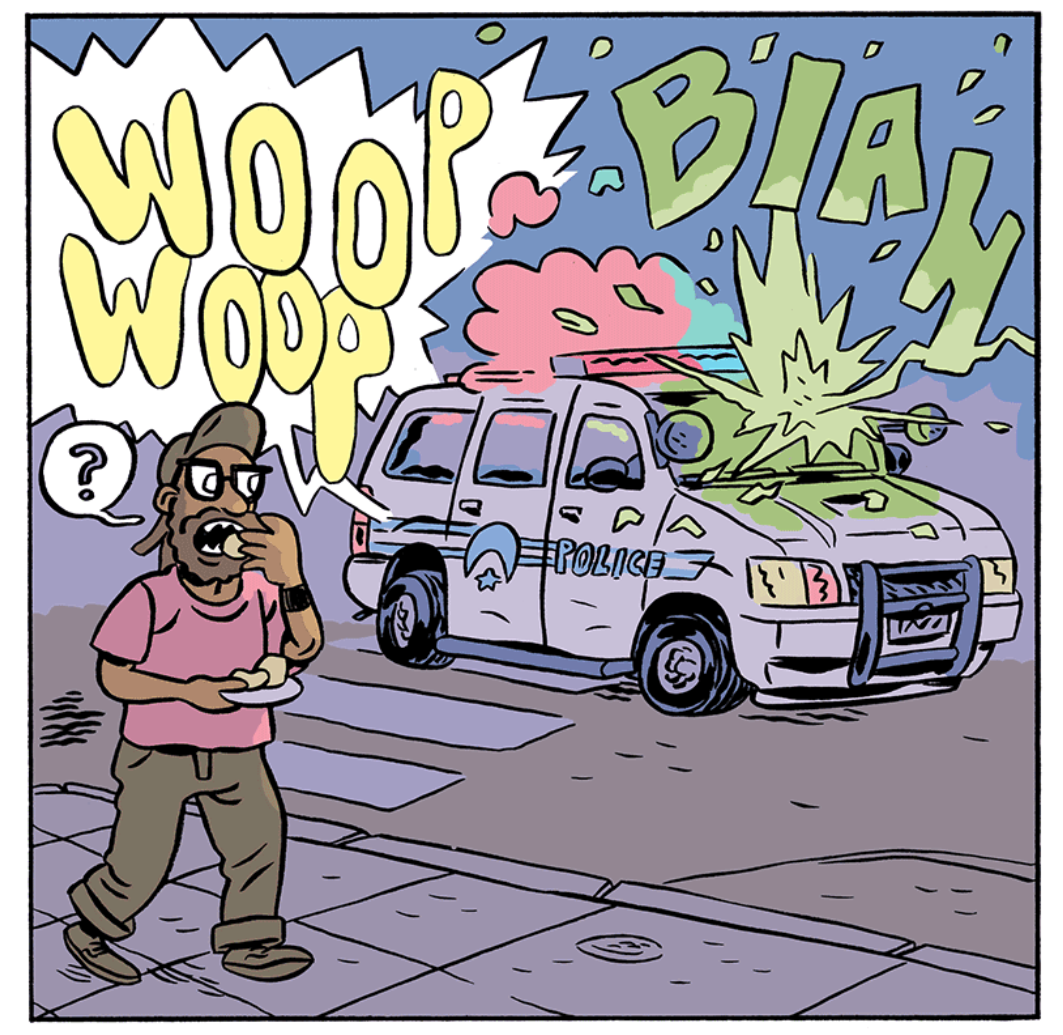