We had a table at the Silicon Valley ComicCon last weekend in San Jose, birthplace of Slave Labor Graphics and the Alternative Press Expo.

It shouldn’t have been this bad…

SVCC was hosted by Steve Wozniak, whose face was on the posters. 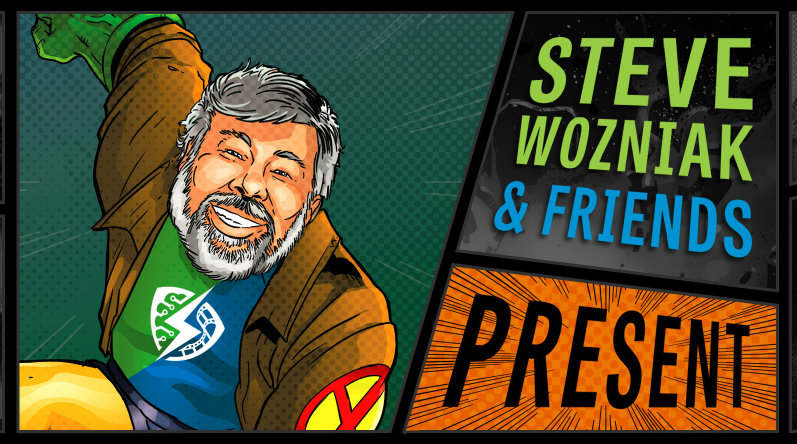 I’m guessing that The Woz had fun at ComicCon and decided to throw his version of it, with lots of tech and science.

It looked like a lot of fun for San Jose locals and celebrities, but not so good for comic book creators.

As an independent publisher of original comics and art, this was a strange event for us to be at.

They mixed it up with some legit cool science stuff.

Me: Nyeeeh what thing in this celebration of nerd consumerism can i be rude about next?
Also me: oh dunk they got the thing from triple x! pic.twitter.com/LoJvlTfz1k

Not sure which level of irony we are at with the anon mask these days but anyway i got you this. pic.twitter.com/Dd5Xm11PBK

Heathcliff is on a mission…to put Monday back at the BEGINNING of the week pic.twitter.com/EAbTAyevVC

when you get banned from every single comiccon for selling bootleg posters you're still welcome at #SVCC2017 pic.twitter.com/S1IW6OksJq

The booth near us has been playing the theme to sherlock every hour on the hour. Its real abrasive innit? Please Smaug. Please help us.

Protip: all the stuff on our table is free if you come murder us and take it. We are too tired to see you coming and death is but a doorway.

Srsly my favorite finds from @SVComicCon thanks to @ssbcpunk. Other special thx to @angsty_nerd for telling me about 'em! #SVCC2017 pic.twitter.com/RMugmeA7NF

Seemed like a good time but I’m not sure why “comic” was part of the event’s title when it was all about mainstream pop-culture, fan-art, and obvious bootlegs.

To their credit, the NASA and space stuff was a cool bonus and I bet the doggo cosplay contest was cute.

But as a “ComicCon” this would have been OK with some curation and if they gave a shit about comics.

Artist Alley was almost entirely fan-art, but I found three neat books at one table, and was handed a flier for something I don’t understand: