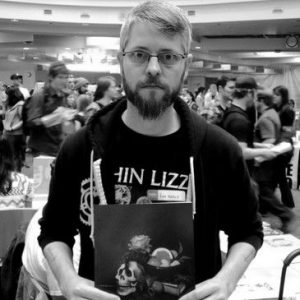 Tom Neely is an artist living in Los Angeles. He is the NY Times Best-selling illustrator of The Last Book On The Left! But before that he was best known for his own creations: the cult-hit indie comic book Henry & Glenn Forever; as well as the Image Comics series The HUMANS, which he created with Keenan Marshall Keller.

Press release for our series at Mission Comics