Previous Next
East Bay Yesterday Podcast Presents: The friendship behind “The Cruising Diaries” 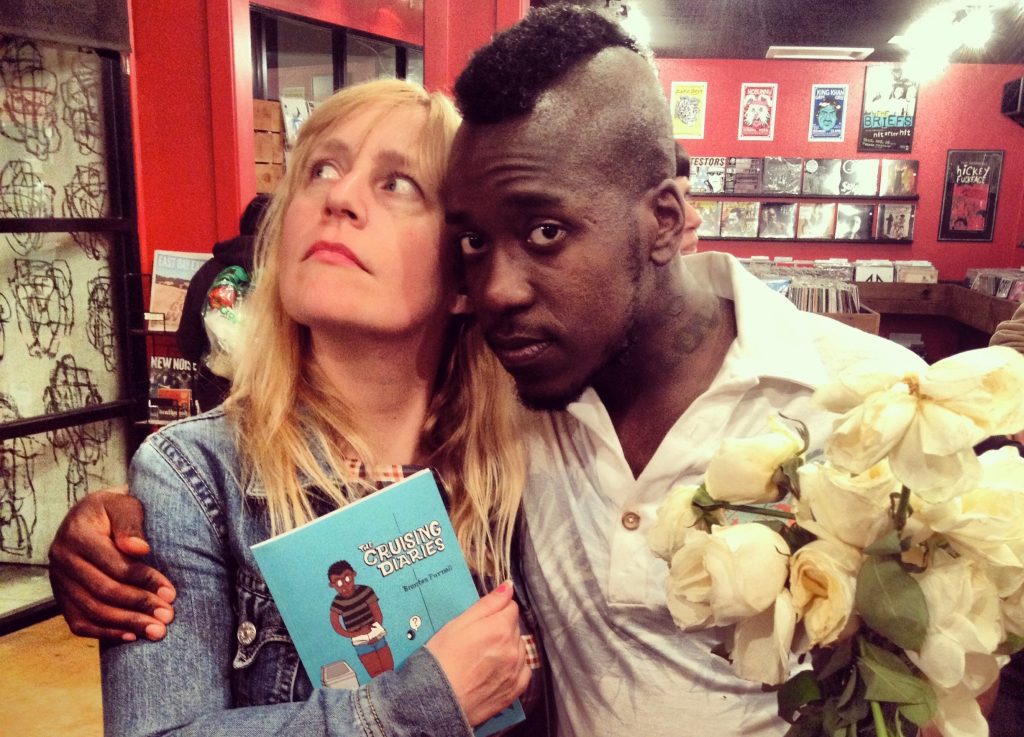 Two decades ago, Brontez Purnell fled his Christian family in Alabama, landed in a warehouse full of punks in East Oakland, and quickly got to work hooking up with as many guys as he could get his hands on. Janelle Hessig, creator of influential zines like Tales of Blarg and Desperate Times, urged Brontez to chronicle his eclectic trysts, and in 2014 they published an illustrated compilation of this self-described “anti-erotica.” The combination of Brontez’s gleeful debauchery and Janelle’s laughably lurid drawings made “The Cruising Diaries” an instant Bay Area underground classic, with the first print run (that Janelle financed with settlement money from getting hit by a car) selling out rapidly.

The Cruising Diaries is available now from brave booksellers everywhere, or online direct from the Silver Sprocket store.