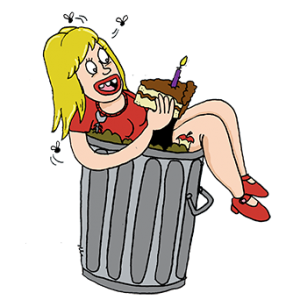 Janelle Blarg (otherwise known as Janelle Hessig) is a Bay Area writer, cartoonist, and humorist, best known for her contributions to small press and punk communities. Janelle’s Tales of Blarg helped define east bay punk fanzines in the ’90s and beyond. Cartoonist, writer, riot grrrl muse, and one-woman laff factory, Janelle’s work can be found in subversive materials hidden under your mattress or hung on your shitty teenage bedroom wall. She’s been a touring drummer, a pop culture journalist, and the marketing director for Last Gasp. Her work has appeared in comics anthologies and on punk record covers since the beginning of time. Check out her publishing company Gimme Action for work by Liz Suburbia, Brontez Purnell, and Hessig herself.

BART, bathhouses & beyond with Brontez Purnell and Janelle Hessig

Fed up with wealthy techies destroying the formerly gritty culture of Fog City, a punk lady moves out to the sticks to soothe her soul. Though she is only looking to escape, a mysterious and hairy stranger disrupts her plans and causes her life to change in unexpected ways.

Free Comic: Who is Getting Laid When You’re Not? by Janelle Hessig

Feeling sad because you're not getting any? Well here's something to make you feel even worse.

Dealing with it Art show

True life confessions from (the real) Janelle Hessig, on display as [...]